Blink Twice to See This

The future of collaborative intelligence: a biomimetic lens that can zoom in and out at the blink of an eye. 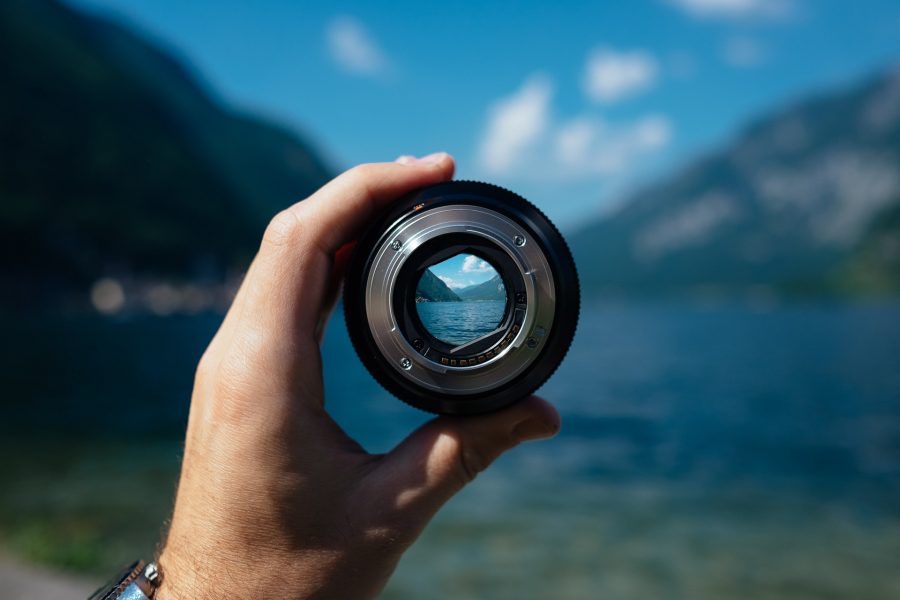 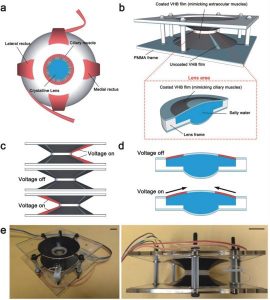 Design and fabrication of a biomimetic soft lens.

A growing body of evidence suggests that future innovation lies in the joining of forces between humans and machines to create a collaborative intelligence. In a world where technology is assuming an ever-more important place, not just in the industry but also in our daily lives, the field of soft robotics is expected to offer unique opportunities to bridge the gap between machines and the natural functions of biological systems.

Soft robots are made of soft elastic polymers and are often designed to be able to mimic nature or perhaps even the function of human organs.

Ensuring smooth communication between people and machines, however, requires an interface, where the user performs an action to engage with the machine, like turning on a switch. Human-machine interfaces have therefore been extensively explored to bring about this collaborative intelligence.

Scientists from the University of California have developed a human–machine interface between the human eye and a soft, tunable, biomimetic lens. The lens was designed to closely resemble the structure of the human eye, being mainly composed of dielectric elastomer films and encapsulated salty water.

Both the movement and change in focal length of the soft lens is achieved by the actuation of these separately controlled elastomer films, acting as electrically activated artificial muscles. The lens can follow the motion of the eye to four different directions (up, down, left, right) and can also switch between the near vision mode and distance vision mode with a change in focal length triggered by a double blink.

This system could potentially be used in visual prostheses, adjustable glasses, and remotely operated robotics. In addition, because of the biomimetic features of the system, it could also be used as a physical model for visualizing important physiological principles in biology and medicine.

However, several challenges lie ahead. For example, can we build wireless human-soft machine interfaces? Could we more precisely control the continuous motion of soft machines through biological signals? How could one develop an interface between humans and soft machines at a much smaller scale?

For now, getting a closer look at objects in your visual field might just become a lot easier.

To stay updated on the current events in field of robotics, feel free to browse through similar articles featured here.

DraBot: A soft robotic dragonfly that senses and monitors its environment
Leaving no one behind: 21 conversations on designing education in AI and robotics
Astronomers estimate there are 36 communicating civilizations in our galaxy
Algae-based microrobots fight cancer