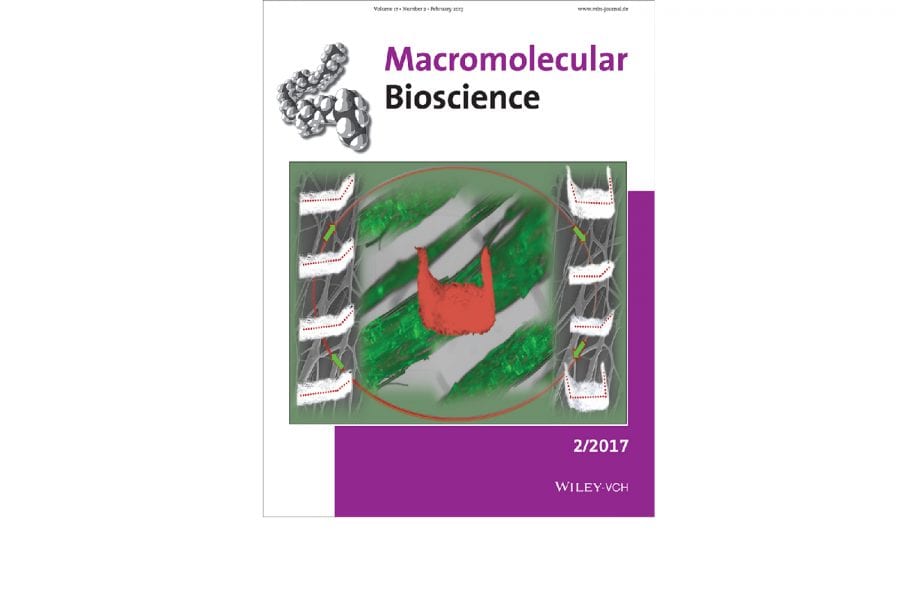 Shape memory polymers (SMPs) are smart materials which can change their shape in response to a stimulus such as temperature, pH, moisture or light. Despite the fact that SMPs are desired in diverse applications including healthcare, apart from solvent cast SMP films, entities such as fibrous SMP mats have been rarely made due to difficulties in mass production. Pressurized gyration of polymer solutions allows the mass production of polymeric fibers and aligned mats from a single pot. The process is well suited to industrial manufacturing, the gyration speed and pressure allows fiber diameter control.

In their recent work, Edirisinghe and co-workers have combined SMPs and pressurised gyration. They process temperature responsive SMP fibers and simultaneously assemble them into mats or scaffolds for the  first time.

Furthermore, they have shown that the process allowed the integration of bioactive peptides to the fibers through a protein which glows green under florescent light. The protein was added to the fibers and detected by fluorescence microscopy. The peptide also provided interactions with bioactive hydroxyapaptite nanoparticles which were added to the polymer solution causing the natural formation of biominerals in the mats produced. The products were characterized using advanced microscopy, spectroscopy and mechanical behaviour as a function of temperature. Their shape memory behavior can be seen in the video below.

This approach paves the way for the mass production of programmable bioactive shape memory polymeric mats or scaffolds which can be specifically designed to fit the needs in healthcare applications.