A new photocatalyst is revolutionizing a time-old reaction, addressing how light can influence not just the kinetics of chemical reactions, but their thermodynamic equilibria. 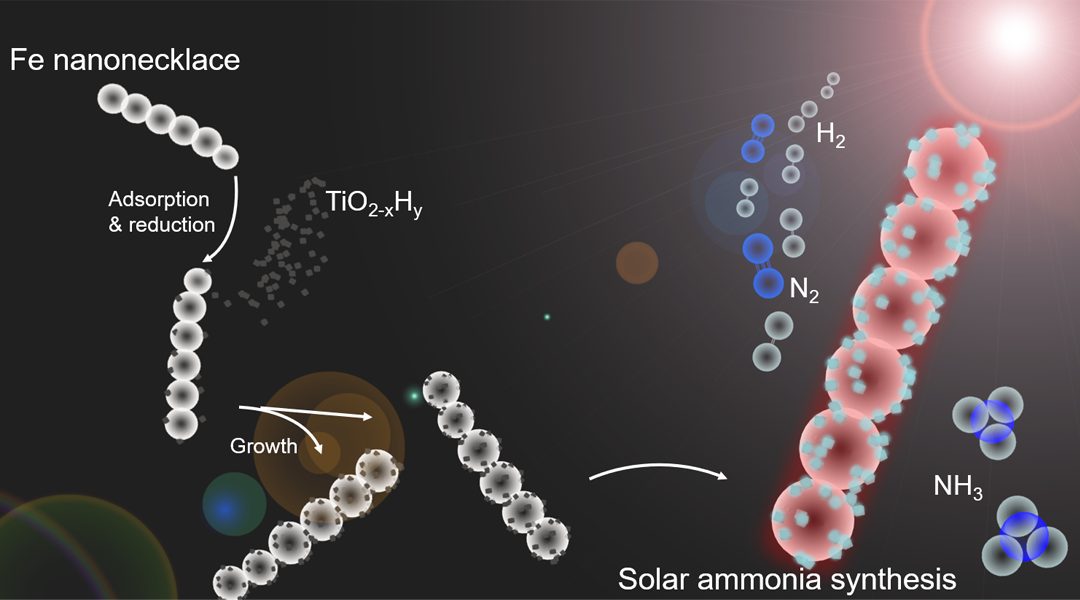 Unbeknown to early civilization, the production of alcohol by fermentation was catalyzed by the enzyme alcohol dehydrogenase. There was little explanation for these kinds of chemical transformations until the systematic studies of Berzelius in 1835, which categorized such processes as catalysis. During this discovery phase it emerged that most chemical conversions could be performed catalytically, the exploitation of which promised energy savings and cost benefits in the chemical industry.

A fundamental principle of catalysis first espoused by Ostwald is contained in his statement: “There is probably no chemical reaction which cannot be influenced catalytically”. Wilhelmy discovered that the concentration of reactants controlled the rates of chemical reactions. Berthelot recognized the connection between the rate dependence of chemical reactions and their reversibility. Lemoine showed a catalyst can only change the rate of a chemical reaction, not the position of the equilibrium.

This is the accepted dogma, set in stone in contemporary catalysis: the kinetics of a chemical reaction can be changed, not the thermodynamic equilibrium.

Of course, this belief refers to a catalyst in its electronic ground state, enabling a chemical reaction at a particular temperature, pressure, and concentration of reactants.

A pertinent yet hitherto unanswered question in the emerging field of gas-phase heterogeneous photocatalysis, applied for example to water, nitrogen, and carbon dioxide reduction, is whether light can influence not just the kinetics of chemical reactions, but their thermodynamic equilibria.

A recent report in which the thermodynamic equilibrium limit of the Haber-Bosch synthesis of ammonia was, for the first time, surmounted by the action of light [1], and could change the prevailing view of what is possible and not possible in the field of catalysis.

To amplify this surprising discovery, the process was enabled by the design and implementation of an innovative heterogeneous hybrid catalyst, Fe-TiO2-xHy, in which light selectively photo-thermally excites the Fe and TiO2-xHy active sites to different temperatures.

A way around this quandary is through a compromise solar ammonia catalyst design, one that can capture the best of these high-low temperature conditions in a single structure. This idea has been realized using the aforementioned hetero-nanostructured photocatalyst, Fe-TiO2-xHy.

The bi-thermal character of Fe-TiO2-xHy originates from the plasmonic and photothermal properties of nanoscale iron (Fe). The Fe component of the catalyst absorbs more solar energy than nanoscale TiO2-xHy, which is transformed, via non-radiative relaxation of photogenerated charge carriers, into heat. This phenomenon generates a higher local temperature on the Fe-containing component of the catalyst compared to the TiO2-xHy component, a result which has been quantified experimentally and confirmed theoretically, as illustrated in Figure 2.

The bi-thermal feature of Fe-TiO2-xHy elegantly circumvents the aforementioned ammonia dilemma. Molecular nitrogen (N) and hydrogen (H) first adsorb and dissociate to N and H atoms on the Fe component, which has been plasmonically and photothermally excited to the higher local temperature. The N and H atoms then desorb from the Fe component and diffuse, react, and assemble to NH3 on the photothermally excited lower temperature TiO2-xHy component, as illustrated in Figure 2.

Expressed another way, this dual-temperature strategy allows optimization of the local temperatures to take better advantage of the different thermodynamic limits of the reaction steps in the ammonia synthesis, noting the exothermal N2 activation is usually the rate determining step while the rest of the steps for ammonia assembly are endothermic.

The Fe-TiO2-xHy system is an archetype example of a dual-temperature nanomaterial that, through plasmonic and photothermal effects, can enable non-equilibrium catalysis of a thermodynamically, equilibrium-limited, exothermic chemical reaction.

This breakthrough highlights the long sought-after ‘solar advantage’ in gas-phase photocatalysis, exemplified by one of the most demanding conversions in chemical catalysis: ammonia synthesis.

Thus, it would appear that it is time to re-evaluate the time honored belief that a catalyst cannot alter the position of an equilibrium reaction and only the rate at which equilibrium is approached.

Such a paradigm shift in heterogeneous catalysis, and by extension its application to a myriad exothermic chemical processes currently practiced in industry, has huge technological implications and significant potential to improve the efficiency of chemical processes and ultimately reduce greenhouse gas emissions.

Copyright: Figures 1 and 2 reprinted from Chengliang Mao et al., Beyond the Thermal Equilibrium Limit of Ammonia Synthesis with Dual Temperature Zone, Chem., 2019, 5, 2702-2717 with permission from Elsevier.