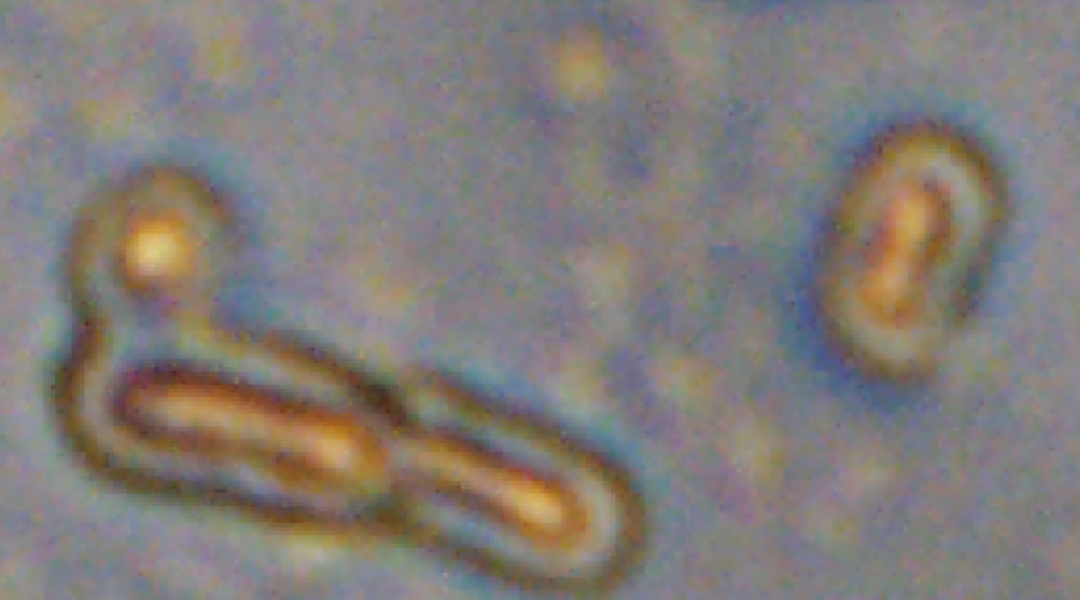 Contrary to common belief, not all bacteria are harmful to humans. For example, “good” bacteria in the digestive system contribute to the gut microbiota that, among other functions, protect against pathogenic microorganisms by competing for nutrients and modulating the immune system.

But even harmful bacteria have a place in medicine, and scientists are harnessing them to treat diseases. In a recent study, researchers from the Nanchang University in China combined materials science and biology to develop bacterial implants that could help prevent and treat heart attacks.

Oxygen in the heart

Millions of people worldwide suffer from heart attacks every year and many lead to chronic cardiac diseases, such as heart failure. A heart attack occurs when blood flow is reduced or restricted and the heart does not receive the necessary amount of oxygen. This lack of oxygen in cardiac cells affects their regular function and can lead to cell death.

“The importance of oxygen [delivery] to tissues and organs is self-evident,” said Xiaolei Wang, director of the laboratory of biomaterials and 3D printing in The National Engineering Research Center for Bioengineering Drugs and the Technologies Institute of Translational Medicine at Nanchang University, and corresponding author of the study.

Wang and his collaborators decided to create a method that prevents cardiac cell damage during a heart attack. To do this, they took advantage of the natural metabolism of cyanobacteria, microscopic aquatic organisms commonly known as blue-green algae, and chemically modified them to create what they called “UCCy@Gel” — a bacterial, injectable hydrogel.

“This study utilizes cyanobacterial respiration and photosynthesis to regulate the oxygen concentration in the local physiological environment to prevent and treat myocardial infarction [or ‘heart attacks’],” said Wang.

Cyanobacteria are unicellular living organisms that, like plants, contain chlorophyll — the molecule that allows the conversion of sunlight into energy through photosynthesis. When cyanobacteria “breathe”, they convert oxygen to carbon dioxide and then, during photosynthesis, they consume carbon dioxide and generate oxygen. Wang and the team found a way to modulate the balance between this respiration and photosynthesis to control oxygen concentration in the heart environment as needed by exposing the bacteria to periods of darkness and light.

“This work achieved […] accurate regulation of oxygen in vivo to meet the clinical needs of different courses of myocardial infarction,” said Wang.

In the absence of light, cyanobacteria respiration decreases oxygen concentration in their surrounding environment because photosynthesis is inactive. Harnessing this process with UCCy@Gel implants creates a preventative therapy that could be helpful for people with high chances of suffering a heart attack, like those who suffered a stroke, the elderly, or patients with diabetes.

“The UCCy@Gel is primarily developed for the high-risk population of cardiovascular diseases,” said Wang.  The author believes the hydrogel could be implanted in those individuals’ hearts when they start showing signs of heart attacks, preparing the cardiac cells for possible upcoming ischemia or reduced oxygen.

Previous methods have shown that cardiac cells can be “prepared” for a heart attack, minimizing the risk of suffering damage. Ischemic pre-conditioning therapy consists of cycles of oxygen deprivation, which help the cells adapt by producing molecules that prevent damage due to the lack of oxygen.

For example, cells over-produce the protective protein called Heat Shock Protein 70, or HSP70, when oxygen concentration is low. Although helpful, this therapy is applied through the circulatory system, with the risk of suffering uncontrolled ischemia in a different location. It is hard to effectively control the ischemia timing, which could instead drive heart damage.

Wang’s technology has the advantage of being a localized treatment since the UCCy@Gel is specifically implanted in the heart and the oxygen consumption occurs only in its close surroundings while the cyanobacteria breath in the dark.

To test the UCCy@Gel’s capacity for pre-conditioning cardiac cells, the team performed studies on mice. Doing echocardiography, which measures the heart’s functional parameters, they found an improvement in cardiac function when the hydrogels were implanted before the heart attack compared with untreated mice.

Moreover, the team observed that the cardiac cells of mice with the UCCy@Gel implants showed signs of cardiac tissue protection, which was related to the presence of the protective protein HSP70.

Oxygen therapy is the most common treatment for patients post heart attack, but if applied in excess, it can cause adverse effects, such as the constriction of blood vessels, which aggravates the injury.

Wang and the team developed the UCCy@Gel to locally, and in a controlled manner, activate the oxygen production in the heart.

Chlorophyll in cyanobacteria absorbs energy from the visible light. However, visible light does not penetrate tissues efficiently meaning the team cannot activate the bacteria once the hydrogel is implanted inside the chest. The scientists therefore made chemical modifications in order to coat the bacteria with different molecules which absorb energy from the near-infrared, or NIR, region of the spectrum, which as a result of longer wavelengths better penetrates into tissues.

In mouse models, the team showed that NIR and UCCy@Gel implants resulted in improved cardiac function after a heart attack and less damage compared with mice without implants. The UCCy@Gel NIR light activation also provided an anti-inflammatory effect, which is an important property since oxygen deprivation causes inflammation that damages the cells of the affected tissues.

Bringing cyanobacteria implants to the clinic

Wang explained that the UCCy@Gel could be implanted through a common and minimally invasive surgery called pericardiocentesis.

But before stepping into the clinic or even human studies, more testing is needed. For one, the team need to demonstrate that the NIR light will make it to heart implants in larger animals. The long-term biosafety of cyanobacterial implants will also need to be tested since mice in the study were only monitored for 30 days.

If further studies show positive results, the UCCy@Gel could be extrapolated to treat other diseases where oxygen concentration is critical.

“This treatment method is not limited to myocardial infarction and can also have scientific significance for other ischemic diseases such as stroke,” said Wang. “Our greater innovation is the use of [cyanobacterial] respiration to achieve myocardial infarction prevention for the first time.”