In the lab, a multi-functional hydrogel was shown to not only repair defects but also strengthen bone weakened by osteoporosis. 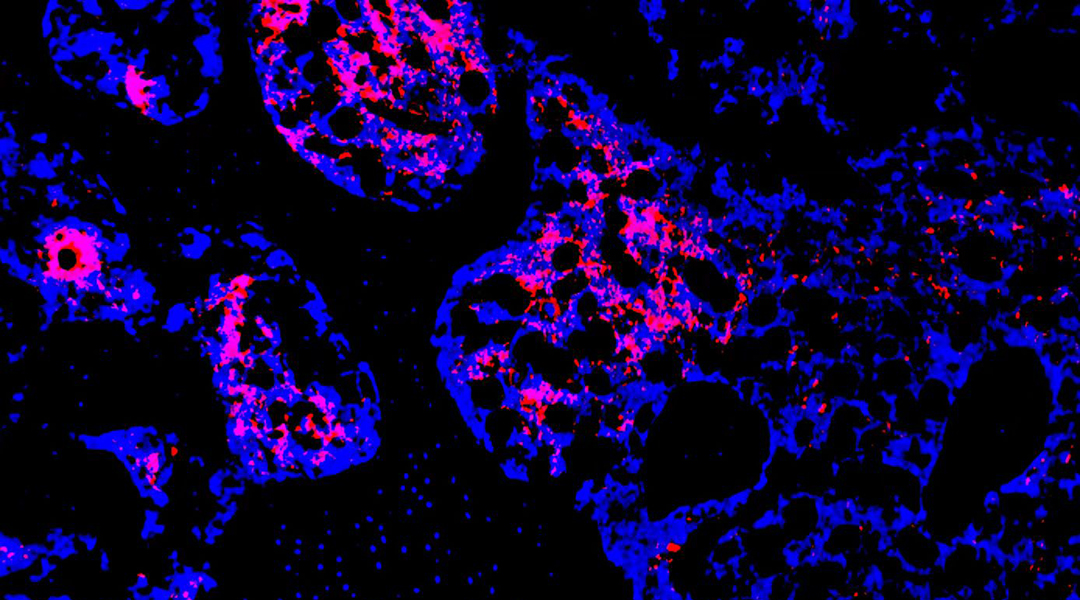 Those who have had the unpleasant experience of breaking a bone know all too well how tiresome and painful it can be to wait for it to heal completely. If only there was a quick, sci-fi-esque cure that could treat even severe wounds and injuries, helping them to heal faster, if not right away.

In recent years, many studies have explored the design and use of “healing gels” for just this purpose. These are called hydrogels and usually consist of a polymeric substance that hold a lot of water, similar to jelly, and can be fitted with water-soluble compounds, such as drugs, for different medicinal purposes.

Although the field is gaining traction, we are still far cry away from an all-purpose bone healing gel. However, one team is making progress. In a recent study, published in Advanced Functional Materials, the researchers investigated the use of a hydrogel to repair bone defects caused by osteoporosis.

“With the aggravation of global aging, the number of patients with osteoporosis has increased sharply,” explained one of the study’s lead authors, Fengxuan Han, professor at Soochow University in China. “[The rise in patients] is increasing the public health burden.”

Tackling osteoporosis requires researchers to come up with a strategy to not only repair but also strengthen bone. While therapies do exist, as a result of the nature of the disease this is not an easy task.

“Several osteoporosis drugs, such as estrogen, bisphosphonates and denosumab, [help], but they have drawbacks, such as an increased risk of breast cancer, osteonecrosis of the jaw, and atypical femur fractures,” said Han. “In addition, many drugs are being developed for the treatment of osteoporotic bone defects, but the side effects of long-term use of these drugs are still controversial and more clinical data are needed to confirm them.

“It is still difficult to achieve the ideal effect only by targeting one or two factors of the complex [healing] process during the repair of osteoporotic bone defects,” he added.

One target is the bone microenvironment: a dynamic network of cells and environmental factors, such as pH and oxygen concentration, that help regulate cell behavior and maintain healthy tissue and organs. Changes to the microenvironment because of osteoporosis meddles with the body’s natural mechanisms for bone repair, which leads to a decrease in cells required to rebuild new bone, as well as an increase in cells that naturally degrade it — this ultimately tilts the balance towards overall degradation.

There is also the added problem that in osteoporosis, a decrease in inflammation, which occurs naturally during bone repair, is hindered by high levels of reactive oxygen species. They react with crucial enzymes needed to help rebuild the bone, prohibiting them from carrying out their normal repair.

To solve this problem, Han and his collaborators developed a hydrogel that contains mineral-coated microspheres loaded with an anti-inflammatory drug to circumvent the barriers to repair put up by the disease.

To make their hydrogel, the team first created small microspheres of porous calcium phosphate and coated them with polydopamine to protect them from degradation. Subsequently, the microspheres were coated with manganese dioxide and then infused with the drug, FAPi.

The prepared microspheres were then dissolved into a biocompatible hydrogel made from modified amino acids. When applied in a biological environment, the hydrogel was designed such that it slowly degrades, resulting in a continuous flow of microspheres and drug into the tissue, lengthening the duration of treatment.

Using cell cultures with similar parameters to osteoporosis, the team tested their hydrogel and compared it to two controls: one containing the microspheres but lacking the drug, and one without either drug or microspheres.

Compared to the controls, the gel loaded with coated-only microspheres reduced the levels of reactive oxygen species, which shows that the manganese dioxide coating works as intended. Further cell studies focusing on modulating inflammation to support the formation of new bone and showed that bone-regrowth generally correlated with the concentration of FAPi loaded onto the microspheres.

In animal models, the researchers observed the healing of bone defects when treated with the hydrogels over a 12-week period. This confirms the results from cell cultures, with the FAPi-loaded microsphere hydrogel group almost completely recovering in this time frame.

“Our findings indicate that a multi-pronged approach to promoting the repair of osteoporotic bone defects by rescuing the microenvironment and guiding the immune response is a promising method to repair osteoporotic bone defects,” added Han. “If we can make up for the shortcomings of current hydrogels and enable them to intelligently to adapt to tissue repair processes, the hydrogels will provide new options for clinical treatment.”