Autonomous machines which respond quickly, sustain high loads and adapt to their surroundings can emerge from the internal design of composite materials. 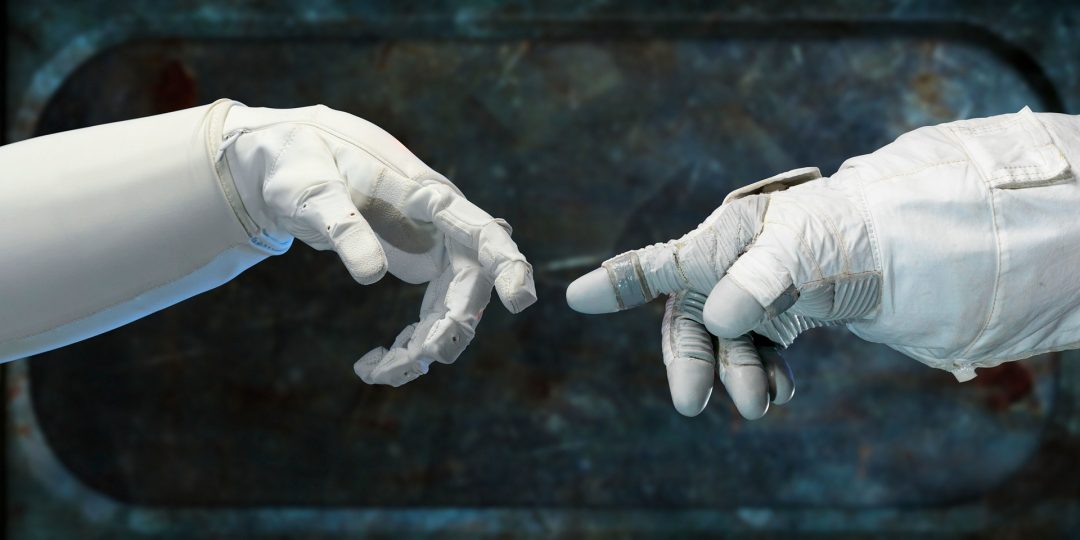 Robots perform delicate surgeries, are sent to explore and analyze Martian soil, or accompany elderly patients in their everyday life in the form of friendly baby seal pets. Advances in design and automation of robotic machines have been achieved by understanding and mimicking how living systems evolve, sense, and adapt to their environment. Yet, the range of motions, velocities, and functions of today’s robots are still very far from those observed in the living animals such as cephalopods, squeezing through narrow bottlenecks in a few seconds, or even mollusks, able to grind and chew rocks.

The quest, however, is not to boldly recreate synthetically living systems but to build machines with a similar level of capabilities in response to specific technological needs. Biotechnology, security or exploration may indeed require autonomous machines with not only well-defined movement accuracy, conformability, actuation speed, but also other characteristics including temperature resistance, mechanical resilience, and optical transparency which may not be found in nature. To this aim, one primary challenge is to create robotic machines with fast sensing and actuation, high mechanical loading potential and a high degree of freedom.

On one hand, traditional metallic articulated arms present remarkable mechanical strength and actuation velocities but only a limited number of possible movements. Bipedal systems such as Cassie[1] that looks like the Star Wars’ walkers, feature these qualities but require a complex control framework to actuate each joint during motion on the uneven ground. On the other hand, soft organic-based robots can swell, stretch and conform, and thus offer a much larger range of possible motions and shapes. New entirely soft origami robots like the O-unibots[2] defy the limits of shape programmability, yet their actuation strength and speed still pale in comparison to the metallic robots and the living systems. As a compromise, hybrid systems assembled from hard and soft components could be a promising strategy to generate strength, speed, and a large variety of shapes. A typical example is to combine flexible polymers with electrical wires and components. Origami-like folding, in these systems, can then be triggered remotely via a wireless electronic interface[3].

Despite this tremendous progress, there is still room for improvement. Instead of assembling millimeter or sub-millimeter hard and soft parts, multimodal robots can also be fabricated using composite materials where softness and hardness are interacting at the nano- and microscopic scales. Predetermined orientations of anisotropic microparticles in a stiff polymeric matrix can exploit physical instabilities to achieve large, fast and force-generating transformations[4]. By mixing magnetic microparticles in a soft elastomer, infinite shape-changing, and fast actuation can be integrated within the robot itself and could be triggered remotely using a magnetic field[5].

Interestingly, robotic materials that sense, actuate, compute, communicate, but also grow, heal and adapt, could be fabricated by combining these nano-composites and living cells. There is a lot to expect from this multidisciplinary research, where advances in stiff, soft and hybrid robots contribute to the long march towards autonomous adaptable and multifunctional devices.

Hortense Le Ferrand is an Ingénieur from ESPCI Paris, France and Doctor es Science from ETH Zürich, Switzerland. In 2017, she studied morphing structures at Purdue University, USA and since then biomimetic materials at NTU, Singapore. Her research has been distinguished by several awards such as the international Chemistry Prize from the Chorafas foundation, the ETH silver medal and the Materials and Processes award.