Scientists have developed the first artificial muscles made from natural proteins that contract autonomously and consume chemical fuel. 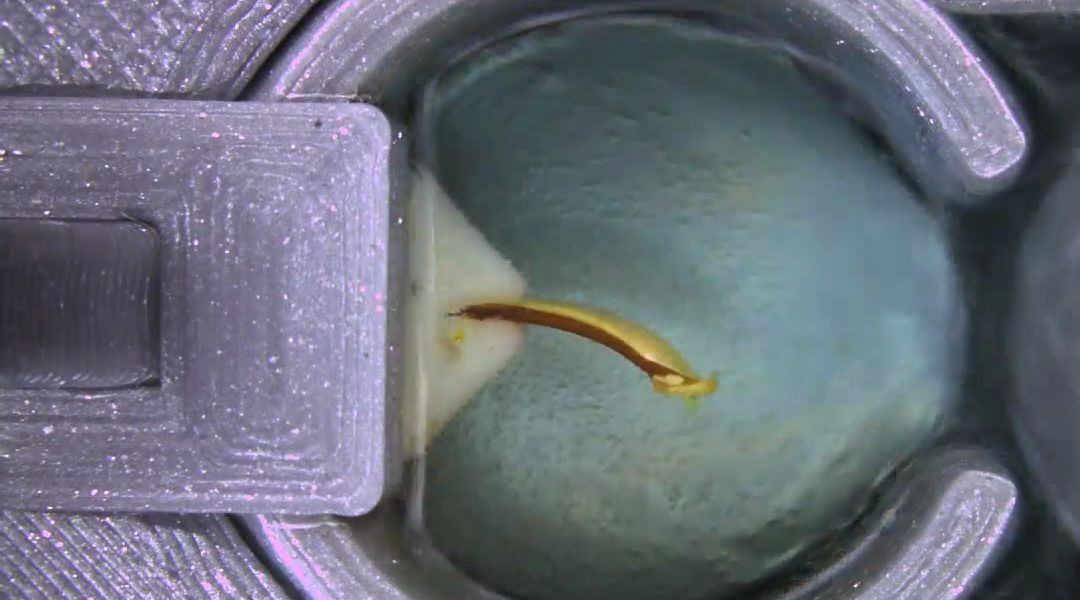 A team of researchers from Freiburg University have succeeded in developing artificial muscles that take advantage of natural processes in the body.

In their study, recently published in the journal Advanced Intelligent Systems, the team led by Stephen Schiller demonstrated an autonomous bending muscle that moves by consuming a chemical fuel. This is similar to human muscles which use actin-myosin and consume adenosin triphosphate (ATP), the major cellular fuel. The material’s contractions can be controlled with the help of pH and temperature changes.

“Our artificial muscle is still a prototype,” said Schiller in a statement. “However, the high biocompatibility of the material and the possibility of adjusting its composition to match particular tissues and technological applications could pave the way for future applications in reconstructive medicine, prosthetics, pharmaceutics, or soft robotics.”

In the past, scientists have applied natural proteins to develop artificial muscle systems, having built them into tiny molecular machines or polymers. However, it has not yet been possible to develop synthetic muscles that are entirely biological.

The natural protein used by the Freiburg team is based on a natural fibrous protein, called elastin. The researchers developed two synthetic elastin-like proteins, one of which responds to fluctuations in pH, while the other to changes in temperature.

The scientists combined the two proteins by means of photochemical cross-linking to form a layered material that can be easily shaped to set the direction of its movement. They then succeeded in inducing rhythmic contractions by using a chemical fuel source, sodium sulfite. In an oscillating chemical reaction in which the pH changes in cycles due to a special linkage of several reactions, the added energy was converted into mechanical energy.

In this way, the researchers induced the material to contract autonomously in a cyclical manner. They were also able to switch the contractions on and off with the help of temperature changes. In the process, it was possible to program certain states for the material to assume and to reset them again with another stimulus. The scientists thus achieved a simple system for implementing “learning and forgetting” at the material level.

“Since it is derived from the naturally occurring protein, elastin, and is produced through biotechnological means, our material is marked by a high sustainability that is also relevant for technical applications,” explained Schiller. “In the future, the material could be developed further to respond to other stimuli, such as electricity, the salt concentration in the environment, and to consume other energy sources, such as malate derived from biomass.

“We are at a state where we can design protein material concepts mimicking complex biological functions, even towards memory and learning,” he continued. “We envision to construct protein materials, which use ATP, the cellular energy ‘currency’ and to process biological stimuli to be able to build adaptive technical materials and to enable novel approaches in biomedical applications such as tissue regeneration and a new generation of nano-robots for drug delivery.”

Adapted from press release provided by the University of Freiburg