We need a means of reducing carbon emissions and tackling the climate crisis, but is painting nuclear energy and natural gas as "sustainable" the way forward? 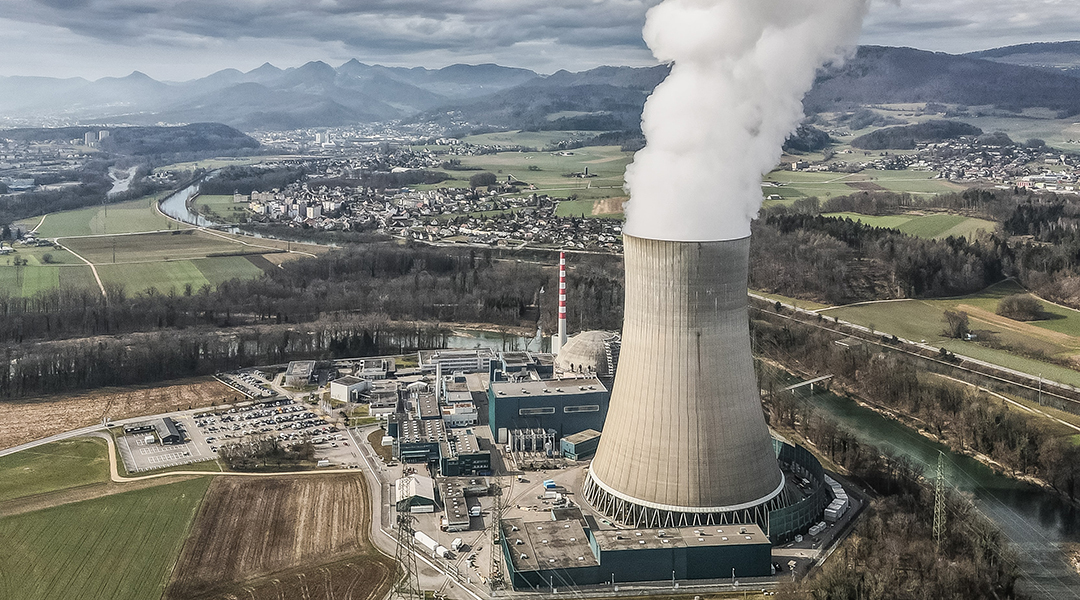 The EU’s decision to label natural gas and nuclear energy as “sustainable investments” is a nuanced issue. In January 2022, before the destabilizing conflict in Europe, projects such as the Nord Stream 2 pipeline were looking promising, slated to supply 151 million m3 of natural gas per day to Germany. Compared to oil or coal, natural gas is preferred in terms of energy efficiency and carbon intensity metrics.

Nuclear energy goes one step further and reduces carbon emissions to zero while providing a source of electricity, provided the waste can be appropriately managed. Expansion projects were on the drawing board, with France announcing plans to build six to fifteen new nuclear reactors by 2050.

But the recent conflict has exposed the dangers of war in countries with nuclear reactors, which requires uninterrupted electricity supply or ample diesel reserves for pumps to safely and continuously cool spent fuel rods. The direction and momentum of the EU was clear in January, but these recent developments will likely cause them to rethink their strategy.

How these “sustainable investments” were chosen

It is reasonable to expect that the metrics mentioned earlier — namely energy efficiency and carbon intensity — were used to rank natural gas and nuclear energy along with other energy sources, such as solar, wind, and chemical fuels. But these metrics were likely not the only criteria they used for determining broader environmental acceptability.

For instance, a metric that incorporates the efficiency of an energy source does not necessarily consider the renewability of its materials and the energy flows used to create it. But what about maintenance and disposal costs? The true impact of energy-generating technologies and their lifetime by-products, such as long-lived nuclear waste, can have multifaceted effects and needs to be appropriately quantified.

It appears that the EU’s decision was in part influenced by an analytical technique called the life cycle impact assessment, as seen from the 2021 European Commission report that references this analysis. Briefly, life cycle impact assessment attempts to address these concerns by defining common system boundaries, which demarcate the assessment window of a product’s life cycle. For example, the most robust boundary starts from a product’s raw materials to end use.

Various metrics, such as the impact on climate change, radiation exposure, and freshwater eutrophication (oxygen depletion) are quantified in the analysis, which aims to track potential impacts to a broad range of “damages”. These are objective and can be combined and mapped to actual damages, such as the cumulative effects on human health, ecosystem diversity damage, and resource availability. For example, if an energy source emits less CO2 but emits more NOX per energy unit than another, the short and long-term benefits of choosing this over another technology can be quantified to help better inform policy and future decisions.

Opposition to nuclear energy seems to stem from the long-term, unforeseeable impacts perspective, while the pro-nuclear and natural gas proponents consider more the short to medium-term perspective. The former would ask: How can we justify nuclear energy if the waste lasts generations?

Improvements in technology, such as fast-neutron reactors will not only allow more energy extraction from natural uranium but could decrease the volume and radioactivity of the waste, containing primarily fission products. This would mean that spent fuel is reprocessed after its initial use and a large fraction can be converted into reusable fuel instead of being stored. It is important to keep in mind that process improvements will likely further optimize these waste streams, thus keeping past fuel secure and accessible is a prudent decision.

In the context of natural gas, opposition stems from the short to medium-term impact on the climate due to continued use of fossil fuels — albeit, much preferred over oil or coal due to reduced impacts on human health, ecosystems, and resources depletion. However, there is growing evidence that fossil natural gas extraction and fracking is impacting the environment worse than expected, with intentional and accidental emissions equivalent to an additional 20 million vehicles on the road each year. Thus, there is a good case for shifting away from fossil fuel extraction altogether.

Leapfrogging towards a carbon-neutral society may be the better option, one that consumes and emits CO2 in lockstep. Producing renewable synthetic methane from hydrogen and CO2 could be a way forward, but more innovation will be needed to drive up scale and costs down.

The EU member countries are already discussing contingency plans to replace Russian gas, as it recently made up ~40% of EU supply. It is hoped that topping up storage of liquified natural gas from new suppliers Qatar and the US, and hydrogen to 90% of present capacity before next winter would dampen price shocks due to uncertain future supply. Companies developing hydrogen and its energy carriers could increase their supply for the expected market demand.

Already, mobile-hydrogen fuel cells for trains and buses have been deployed and wind-energy-storage electrolysers installed, with the latter producing hydrogen that is today being injected into the natural gas pipeline network in places such as Falkenhagen, Germany. Storing “sustainable investment” and renewable electricity as chemicals (H2 or its carriers) will be vital for long distance energy transportation with low losses.

What is apparent now is that the best laid plans are always subject to uncertainty and that an energy re-calibration is needed if we have any hope of addressing climate change in time.

Seeking connection through art in a pandemic
Rising Above Climate Apathy
Online learning in a pandemic: A perspective
Nobel Prize in Chemistry: Reactions