Are nanoscale sensors the future for sepsis diagnosis? 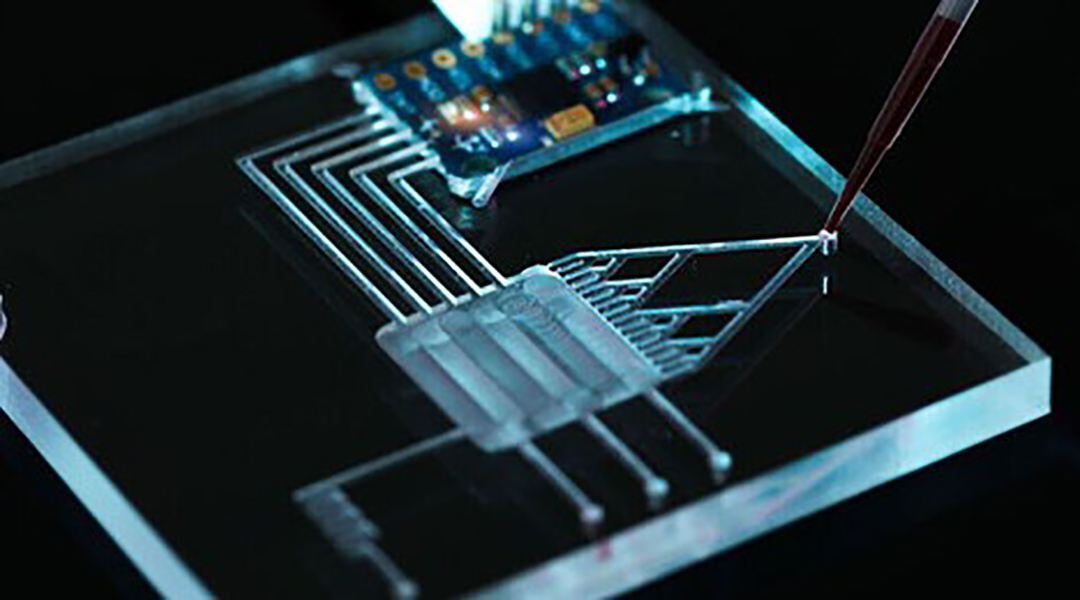 When a person has an infection or gets the flu, the body uses a variety of mechanisms directed from the immune system to eliminate the pathogen. These mechanisms usually follow a strict, cyclic process — like all the gears coming together to form an analog clock — that ensures the pathogen can be found and repressed while leaving the body’s cells and organs intact. In most cases, this system is successful, and with the aid of pathogen-specific antibiotics the body can overcome this type of disease without issue.

But what happens when that immune system clock becomes de-synced as it is trying to fight an infection?

This is classified as sepsis, where the immune system produces too strong of an inflammatory response and ends up damaging parts of the body. It is much more life threatening than a typical infection, with a mortality rate of over 15%, and is the number one cause of death for hospital patients worldwide. The devastation of sepsis has even prompted the World Health Organization (WHO) to designate it a global health priority in 2018.

What makes it so deadly is how quickly the condition escalates, as mortality increases 8% for every hour without treatment. While treatments for sepsis exist and are successful, the most significant hurdle in reducing its healthcare burden comes in diagnosing or identifying the condition fast enough.

Currently, when someone is suspected to have sepsis, their blood is drawn and sent to a laboratory to determine the infection source and narrow down successful antibiotic treatment options. During this time, which may take many hours or even a few days, the person may be administered a general antibiotic concoction in the hopes one of the drugs match. These general concoctions, however, are not very effective and contribute to the ever-increasing issue of antibiotic resistant pathogens developing from broadband and inconsistent treatments.

Since sepsis acts so quickly and early treatment is critical, it is apparent this current process is inadequate to match that timetable. Furthermore, it is difficult to know at an early stage if a patient does indeed have sepsis. One common technique currently checks a patient’s respiration, blood pressure, or mental state using a scoring system, but there is large variability depending on the person conducting the test and results have been shown to only confirm late-stage sepsis. If a person experiences symptoms before entering the hospital, the entire process is further delayed. Add to that a blood test that requires a laboratory with trained professionals and expensive equipment, and diagnosis is significantly mitigated for people in disparate environments.

“One option to expedite the detection process is to indirectly measure specific biomarkers at the onset of sepsis using miniaturized, fully automated devices or point-of-care devices,” said Dr. Umer Hassan, assistant professor of electrical engineering and core faculty member of The Global Health Institute at Rutgers, the University of New Jersey. “Think of at-home glucose monitoring for people with diabetes, which detect biomarkers in the blood. While many biomarkers have been linked to sepsis — which is over 170 and counting — none individually have been more successful than the scoring system used in hospitals to diagnose sepsis early.”

These biomarkers come in all different shapes and sizes including protein and small molecule concentrations in blood, the presence of certain membrane receptors found on immune cells, the presence of pathogens, and even physical or biomechanical changes in immune cells. Many of these are currently being explored using what are called “multiplexing technologies”, which might enable the detection of not just one, but multiple biomarkers of sepsis all at once. This topic was recently explored in a review published in WIREs Nanomedicine and Nanobiotechnology.

Many strategies to quantify the different types of sepsis biomarkers are possible and currently being researched. For example, they may be labeled with a fluorescent dye or quantum dot for easy detection, or immune cells during disease may be measured with electrically sensitive nanoparticles, or pathogens in the blood broken down and their DNA quantified. You can even imagine them as tiny, automated lab-on-a-chip systems, which run on microfluidics. While this would be revolutionary, this scale-down carries its own limitations and there are still hurdles to overcome.

To understand which developing technology will successfully translate to clinical, point-of-care biosensors, it is vital to measure their shortcomings as they could be the difference in real-world sepsis diagnosis. To this end, impedance cytometry was found most promising, which measures individual cells flowing through an electric field and records their properties as a pulse; like a heartbeat on an electrocardiogram (ECG). What makes it stand out is that different electrical properties (i.e., different biomarkers) can be measured using the same signal input and detection apparatus, has a vast history of accurate performance in microfluidic systems, and can be mass-produced at a relatively low cost, facilitating its use in even remote or underfunded areas.

As multiplexing methods to detect sepsis are developed and more and more biomarkers are measured together, it is apparent that the ability to extrapolate and process data will become more difficult. The assistance of artificial intelligence and machine learning will be critical to streamline data processing both on managing a person’s medical history prior to testing and improving diagnostic accuracy of their sample at the time of collection. Machine learning has already been adopted in some experimental devices but will continue to have an expanded role as these technologies shift to clinical relevancy.

“Sepsis is a crippling disease and serious public health crisis,” added Hassan. “Even for those who survive there can be permanent effects. By evaluating the current state of point-of-care multiplexing biosensors related to measuring sepsis biomarkers and new technologies on the horizon, we can look towards a future which may have eliminated the significant bottleneck of timely and accurate diagnosis of sepsis.”