Triple-negative breast cancer has poor survival and few therapeutic options — but with a new approach, things could change. 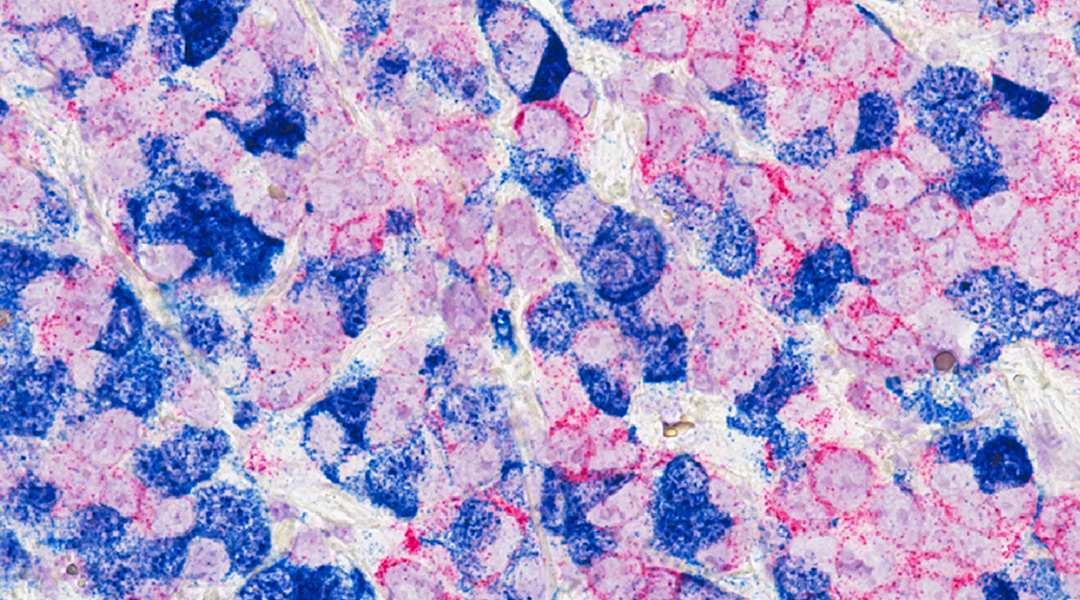 Though the overall survival rate for breast cancer is relatively high, a subset of this disease called triple-negative breast cancer remains extremely difficult to treat.

“Triple-negative breast cancer’s lack of surface receptors make them much more resistant to therapies,” explained Yu-Han Liu, a postdoctoral researcher at Academia Sinica in Taiwan. “As a result, they are more aggressive, have limited therapeutic options, and are more likely to recur than the other two subtypes. Therapeutic innovation is thus an urgent need.”

Liu is part of an international collaboration led by researchers at King’s College London and Academia Sinica, which has led to the development of a next-generation chemotherapy against triple-negative breast cancer based on peptides that pierce cell membranes — more formally referred to as membrane-perforating peptides. These are small proteins composed of just 50 amino acids.

The inspiration, says the study’s lead author Charles Chen, came from antibiotics. Antibiotics target a unique feature of bacteria, such as their cell walls or bacterial cell machinery, allowing them to selectively kill bacteria, leaving human host cells untouched. In cancerous cells, biological changes in their membranes provided the team with a way to not only selectively target tumor cells, but develop a means of getting chemotherapies inside previously impenetrable triple-negative breast cancer cells.

“Membrane-perforating peptides work by disrupting the plasma membrane, which typically kills the targeted cells,” said Chen, who was a Ph.D. student at King’s College London at the time of this research, and is now a senior scientist at AstraZeneca. “Despite a significant body of work in this field, only a small number of membrane-perforating peptides have been clinically approved to date, all of which target microbial infections.”

By breaking through cell membranes, the team indicates that these peptides could provide promising new therapies beyond just cancer. The problem, as Chen pointed out, is that few have made it to clinical trials as specific attributes, such as poor solubility and low stability in a biological setting, as well as few options to get them to tumor cells, have hindered their application in a clinical setting.

However, the team was optimistic that they could solve these problems and took a multi-disciplinary approach to do so. “To tackle these challenges, our project had two main objectives: design a membrane-perforating peptide to selectively target the membranes of cancer cells, and deliver the peptide drug and protect them from degradation using nanotechnology,” added Chen. “[We achieved] these two objectives by combining a wide array of technologies spanning from atomic detail computer simulation, tumor spheroid drug screening, nanoparticle design and synthesis, and animal models of human cancer.”

The team was able to identify a new anticancer peptide, demonstrating how their interdisciplinary methodology successfully brought together a wealth of complementary expertise to develop an innovative therapeutic intervention against a challenging public health threat, according to Liu.

“Having developed a new design methodology and demonstrated the effectiveness against a specific cancer, the next steps are to pursue further pre-clinical evaluation of the existing therapy for triple-negative and other poorly treatable breast cancers,” added Martin Ulmschneider, researcher at King’s College London and one of the lead authors of the study.

“On the path towards clinical translation, the first steps will be to carry out more thorough toxicological and immunological studies, as well as establishing the maximum tolerated dose with the goal of establishing sufficient pre-clinical data to advance to human trials. We hope to achieve this within the next 2-3 years.”