Flexible LECs with an ambient-air performance on par with identical glass-encapsulated LEC reference devices have been realized. 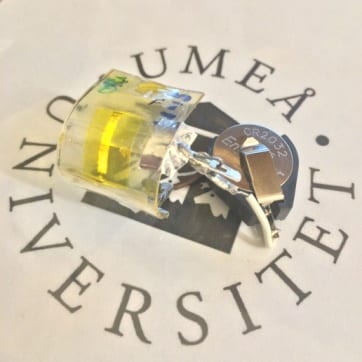 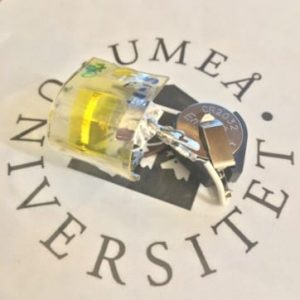 The emerging field of organic electronics is often heralded because it promises to deliver low-cost and flexible device architectures. The light-emitting electrochemical cell (LEC) is a technology under rapid development capable of delivering vibrant light emission from flexible, large-area, and thin-film device structures. Recently, it has been reported that such devices can be fabricated with scalable and low-cost solution-based methods, and the opportunity for true cost-efficient processing is further amplified by that all constituent LEC materials can be air-stabile during fabrication. It is, however, notable that the active material of an LEC shifts from being stabile to unstable under ambient air when a voltage is applied.

The challenge, at this point in time, is that the light-emitting materials during operation commonly are prone to oxygen and water. It is thus fundamental to identify an appropriate flexible encapsulation structure that can protect the LEC interior from exposure to oxygen and water during operation if conformable LECs are going to turn into practically useful devices.

In this study by L. Edman et al. it is reported that a transparent and flexible multilayer film, featuring moderate barrier properties and thus relatively low fabrication cost, can be fit for the encapsulation of LECs. By sandwiching an LEC device between two such flexible barriers, as attached together by an adhesive, flexible LECs with an ambient-air performance on par with identical glass-encapsulated LEC reference devices have been realized. These device do in addition remain functional after one year of storage under ambient air.