Polypeptides that selectively induce calcification of cancer cells could improve early detection and limit the progression of lung cancer. 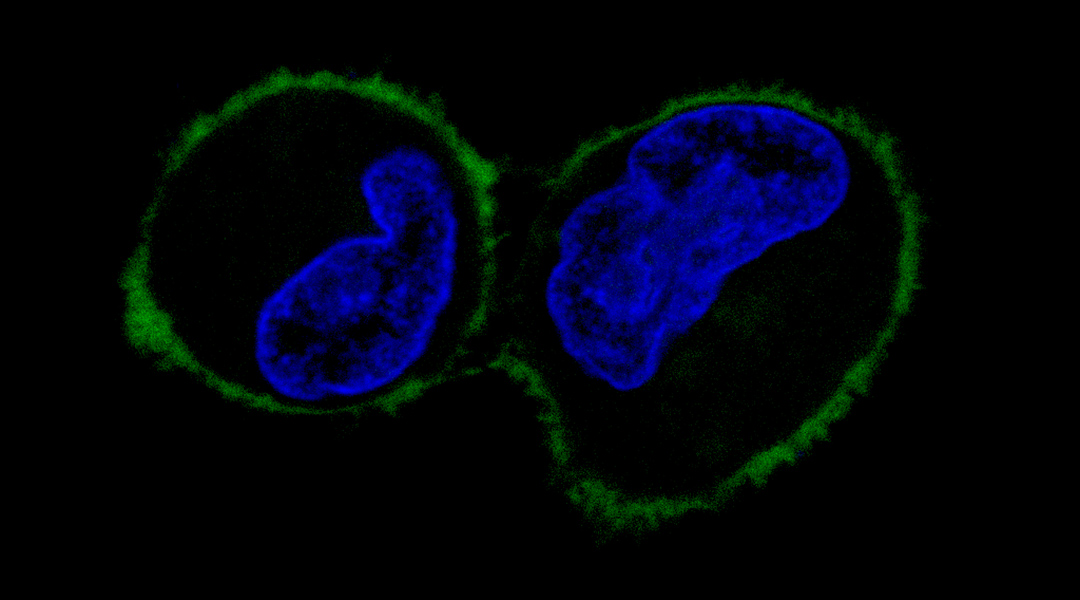 To improve sensitivity and enable earlier diagnosis of lung cancer, researchers designed a polypeptide that seeks out cancer cells. Once bound, the polypeptide triggers calcification of the cells, making the tumors more easily visible in medical imaging.

Lung cancers are routinely diagnosed by imaging, including ultrasound and computed tomography (CT). But detection is often hampered by difficulties distinguishing benign nodules and tumors in the lung, especially at the early stages when tumors are still very small.

As published in Advanced Functional Materials, cancer-targeting polypeptides trigger precipitation of calcium at the plasma membrane of cancer cells, encasing the cells in a hard shell. Selective calcification of cancer cells not only facilitates differential imaging of lung carcinomas, but also limits tumor progression by cutting off the supply of nutrients and energy to the cells. The starved cells ultimately die before they grow further and become metastatic.

“Lung cancer cells specifically overexpress some transmembrane proteins, which are not expressed, or expressed at very low levels, in healthy cells. Our calcification-inducing polypeptide can selectively bind to these membrane proteins and induce calcification by the functional motifs of the polypeptide. This process is similar to formation of bone,” said study lead, Ben Wang of Zhejiang University in China.

In a mouse model of lung tumor, researchers found that treatment with cancer-specific polypeptides improved the survival rate of tumor-bearing mice, with no detectable toxicity to healthy tissues.

“Due to the selectivity, calcification will only occur on lung cancer cells and has no significant effect on healthy cells,” Wang said.

The authors say that this polypeptide could find similar utility in the diagnosis and treatment of other solid tumors, and may have an inhibitory effect on chemotherapy-resistant cancers.