A smart microneedle patch to monitor and manage diabetes 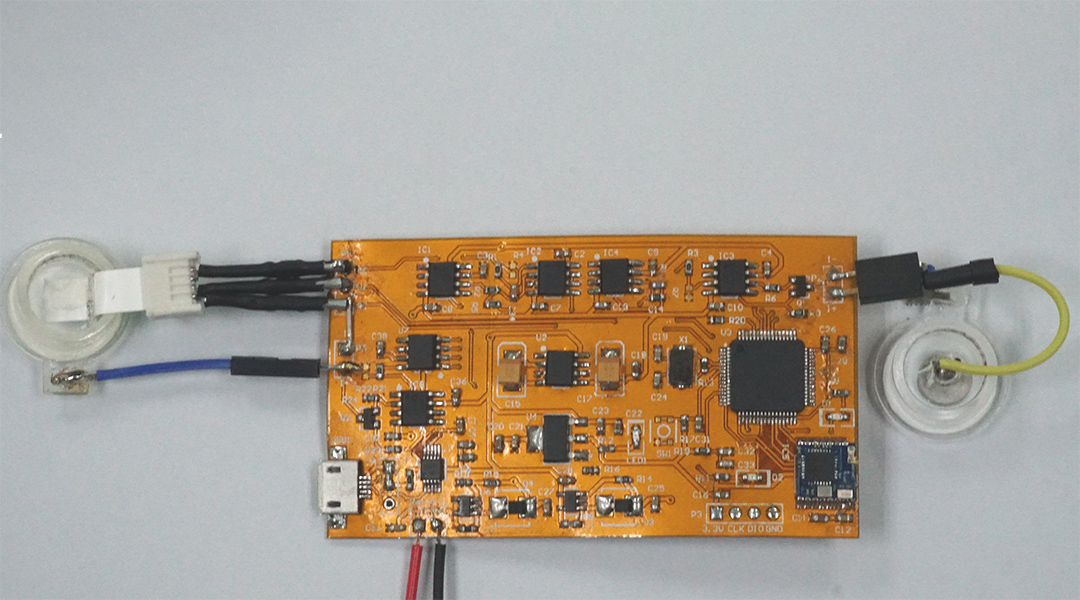 Diabetes is a serious metabolic disease that affects 422 million people worldwide, with around 1.6 million deaths each year. At present, the traditional therapy relies on monitoring blood glucose levels by collecting regular blood samples from finger pricks followed by manual injections of insulin to regulate hyperglycemia. Though widely used, this sampling method can be painful for some patients, can lead to potential infections, and cannot continuously track glucose throughout the day.

In this arena, minimally-invasive smart devices that monitor disease, such a microneedle patches, are showing promise. These patches incorporate microscopic needles (usually within the range of 500-800 μm), which act as transdermal biosensors, drug delivery platforms, or both.

“Microneedles are used [to deliver] a wide range of low molecular weight drugs, vaccines, bio-therapeutics, and proteins owing to their transdermal penetration properties,” said Xi Xie, professor at Sun Yat-Sen University who specializes in this area. “[They can painlessly penetrate] the skin’s stratum corneum to locally administer bioactive molecules into the epidermis and/or superficial dermis, implementing subcutaneous substance exchange without causing bleeding or pain by avoiding damage to the peripheral nerves or capillaries.”

“[The patch] coupled with an automatic insulin pump could potentially offer a fully intelligent approach for regulating diabetes, alleviating the stress of self-management,” he explained. “The whole system is designed to be compact, easily wearable, and sufficiently intelligent by electrical recording and control.

The microneedle patch, on the other hand, inflicts comparatively less damage to skin tissue. It operates using a process called reverse iontophoresis to extract glucose where the application of a low-level electrical current enhances the transport of molecules across the skin. Glucose is extracted into a sensor chamber after the microneedle patch, worn on the patient’s arm, painlessly pierces the outer layer of the skin. This is then followed by electrochemical detection through a triple electrode system.

“The flexible circuit module processes the measured glucose and transmits the data wirelessly to an external device, in this case a smartphone, via Bluetooth,” said Xie. Depending on the glucose level, this triggers the microneedle device to deliver insulin via iontophoresis under hyperglycemic conditions. This smart response to glucose could help minimize fluctuations, facilitating management of the disease. Xie also says that an algorithm could be developed for personalized drug delivery based on the patient’s body and tolerance.

Xie and his team are working to make improvements to the device to ready it for commercial application, but there are still some challenges to overcome. For one, after long-term application, the sensor’s ability to accurately measure glucose begins to fall off and leads to an error in drug delivery in some trials. The team also needs to solve the issue of a sustainable power supply, but Xie says this is in the works.

“We firmly believe that a close-looped system [such as this], with multiple detection as well as instant smart drug delivery, will optimize patients’ experience and reduce pain,” said Xie. “Significant progress has been made in the development of closed looped systems, including higher sensitivity and usability, which lower their threshold to commercialization.

“There is no doubt that the fully application of the fully integrated wearable closed-loop system will be turned into reality in the next few decades.”