Professor Dong-An Wang and co-workers seek to revolutionize cartilage surgery through the development of a new type of surgical graft. 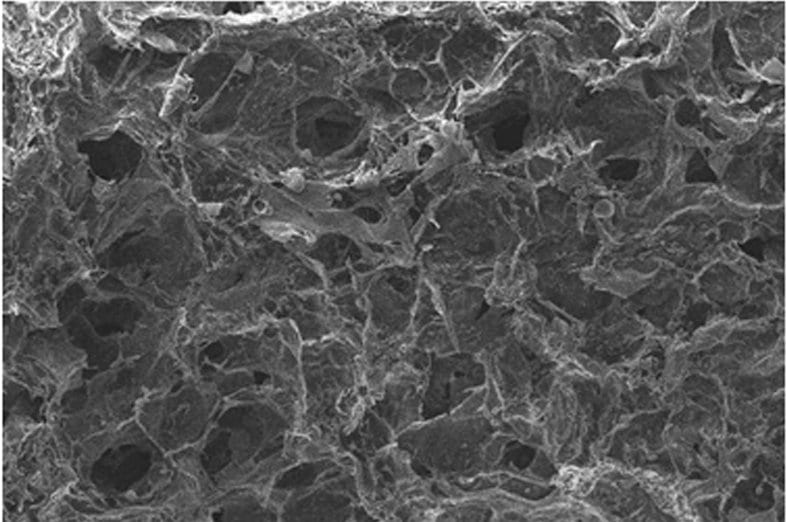 Like the Antarctic glaciers, cartilage is something that may be difficult to fully appreciate until it’s gone. Healthy cartilage works silently as a shock absorber and to promote smooth sliding in our joints; however, it can wear and sustain damage as we age. This is particularly true in joints which are routinely subjected to high-stress conditions, such as the knee. Unfortunately, the structural makeup of cartilage severely limits its ability to heal once it has sustained damage. Current treatment of cartilaginous disorders typically involves the surgical grafting of an implant made of synthetic materials, which always have the potential to integrate poorly and be rejected by the host. As a potential solution to this problem, Professor Dong-An Wang and co-workers have created a new type of graft which is made entirely of living cartilage, and which could revolutionize how these treatments are carried out in the future.

One method for making such a macroscopic-sized tissue would be to methodically build the scaffold up, layer by layer. However, this technique would be tedious and would also elevate the risk of contaminating the structure at each fabrication step – the excellent biomechanical properties of this type of cartilage are particularly sensitive to its purity. In this study, an alternative method was developed using a temporary scaffold consisting of a porous, gelatin-like material called a hydrogel.

Growth of the implanted cells after 35 hours.

After the cartilage cells were grown on this interim scaffold, the hydrogel could then be dissolved using routine chemical means. The dissolution process served the dual purposes of removing all of the non-cartilaginous components and creating new pores through which the cartilage cells could continue to grow and proliferate. This innovative process creates a truly living scaffold, providing excellent conditions for the promotion of healing and seamless incorporation with the host.

In order to put this potential to the test, an in vivo assessment was performed by inserting these new structures into the knees of New Zealand white rabbits. Rabbits are a natural choice for this type of experiment because the gross anatomy of the rabbit knee is very similar to that of humans. The rabbit knee is also physically larger than those of mice and rats, making it easier to harvest a sufficient volume of tissue for analysis in the evaluation of a given treatment. In this study, a small defect was created in the cartilage of the knee, and then the scaffold was implanted, with the degree of healing being observed after 50 and 100 days respectively. Subsequent evaluation revealed good integration of the implant with the host as well as an increase in healing as a result of the implantation. Blood analysis also showed no signs of the immune rejection that would typically result from the implantation of a foreign object in the body. These results together point to the successful creation of a new living cartilage scaffold. Further experimentation in larger animals could lead to such a treatment being available to humans, which would be a dramatic advance for cartilage therapy.