A novel probe for imaging amyloid-β (Aβ) in vivo is developed, enabling the early detection and diagnosis of Alzheimer’s disease. 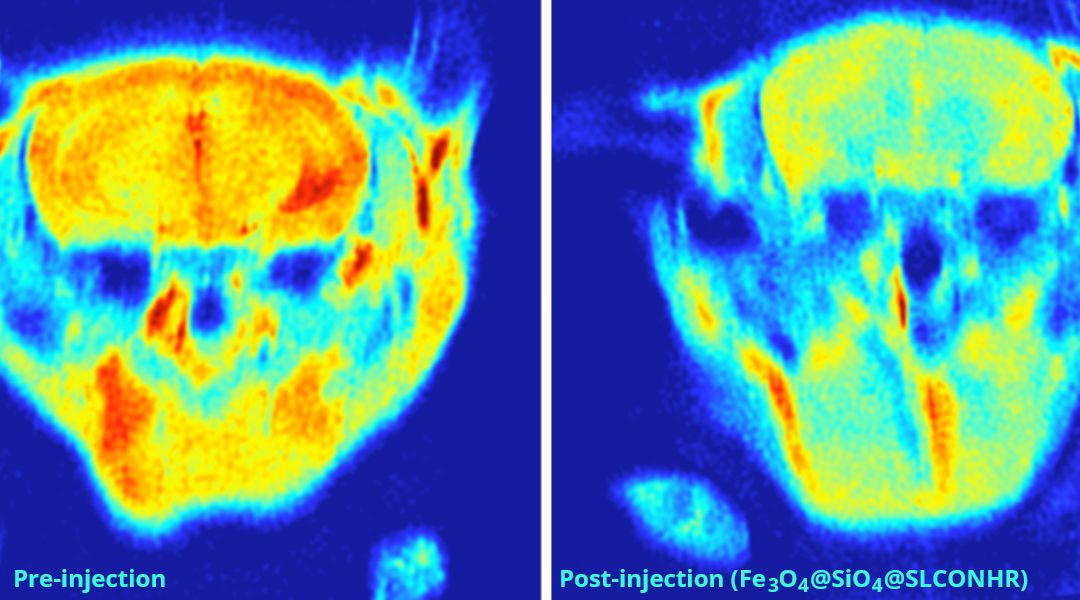 Alzheimer’s disease affects millions of people worldwide, causing problems with memory, thinking, and behavior. By optimizing current technologies used to diagnose Alzheimer’s disease in humans, earlier detection and effective monitoring of the disease could be achieved.

In their article in Small, Prof. Hung-Wing Li, Prof. Man Shing Wong, and colleagues from Hong Kong Baptist University, along with their co-worker from Xiangtan University, develop a novel probe for detecting Alzheimer’s disease in vivo.

Prof. Man Shing Wong: “We report here a smart near-infrared and magnetic-resonant dual-modal nanoprobe for in vivo imaging of amyloid-β (Aβ)—one of the neuropathological hallmarks for Alzheimer’s disease. This nanoprobe is made by conjugating highly Aβ-selective and strong fluorescence turn-on cyanine dyes onto superparamagnetic iron oxide nanoparticles.”

Prof. Hung-Wing Li: “This nanoparticle-based probe is nonradioactive, nontoxic, and highly blood–brain barrier permeable. Interestingly, it also shows a neuroprotective effect against Aβ-induced toxicities. We have successfully demonstrated that this probe can be used in near-infrared fluorescence and magnetic resonance imaging of Aβ in an Alzheimer’s disease transgenic mice model. Our results suggest its great potential for early detection and diagnosis of Alzheimer’s disease in humans.”

To find out more about this dual-modal nanoparticle-based probe, please visit the Small homepage.