Wearable electronic device can be inserted into convential wound dressings. 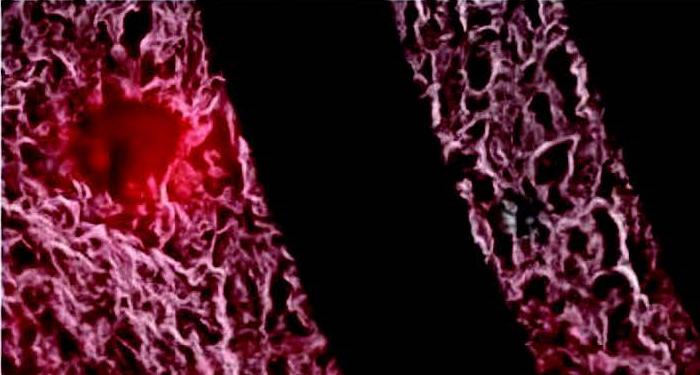 Chronic wounds are a major health issue affecting tens of millions of people the world over. With high susceptibility to infection, they are the major cause of limb amputations, not including from traumatic injuries.

Although skin is well-adapted to fast healing and swift immune response when injured, chronic wounds can often overwhelm the immune system and lead to bacterial infection, namely from S. aureus. This leads to increased costs and expenditure for health services, as such wounds need regular check-ups and screening for infection.

With this in mind, smart systems which can monitor the environment of the wound without constant referrals to the clinic are a burgeoning area of research, however, much more work needs to be done so that such systems can be applied to wound dressings themselves.

In an article in Small, researchers from Harvard Medical School and MIT develop a smart bandage which can be capable of monitoring the wound environment, and even release site-specific antibiotics from thermoresponsive drug carriers. Furthermore, as shown in the figure below, the smart bandage can be linked to a small, wearable wireless transceiver that can also transmit data, and receive instructions to release therapeutic drugs. 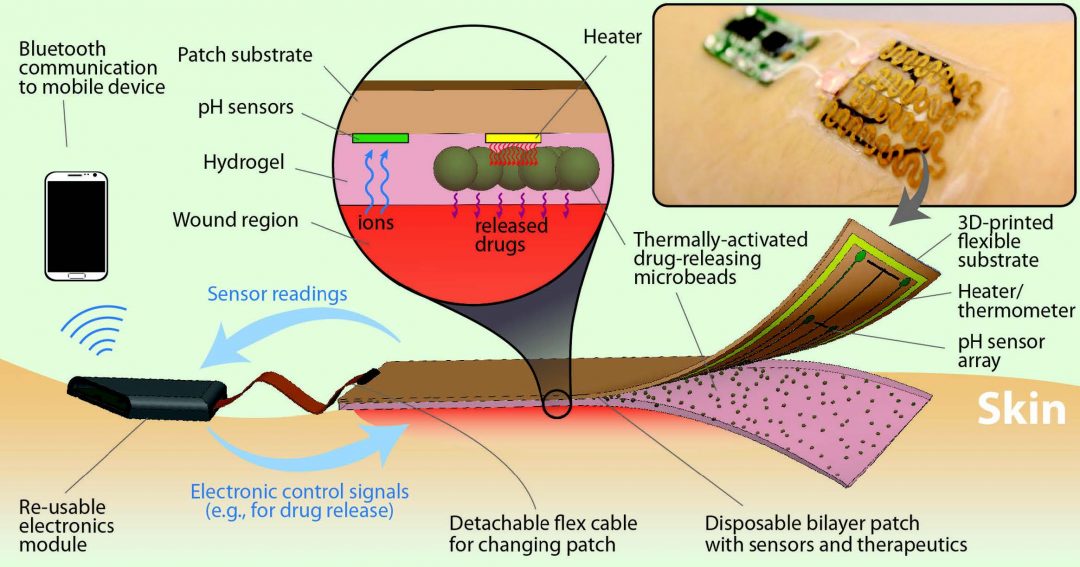 The bandage is also equipped with a pH sensor. This is crucial, as wound pH is a good indicator of infection; if bacteria such as S. aureus are causing an infection, the wound environment will become more alkaline. Such on-board electronics to mediate drug release are useful because conventional methods of administering antibiotics are not site specific, such as taking them orally. Even topical creams applied directly to the wound can mean healthy cells and tissue are subjected to antibiotics as well. With mediated drug release however, such drawbacks are overcome, as therapeutics are concentrated solely on the offending bacteria not only site-specifically, but also at controlled and suitable times.

The drug carrier particles were engineered to release their payloads when heat was applied via a built-in heat strip. This was around 37 °C, and it was further found that intermittent application of heat every half an hour further accelerated the rate of drug release. The effect of increasing temperature on the drug carriers is shown below.

In vitro studies showed this device works well in fighting infectious bacteria. The next step would be test this device in vivo, paving the way for its implementation with conventional wound dressings, allowing for a better, cost-effective, reusable, and personalized treatment for chronic wounds.