A DNA robot that walks on the surface of cells 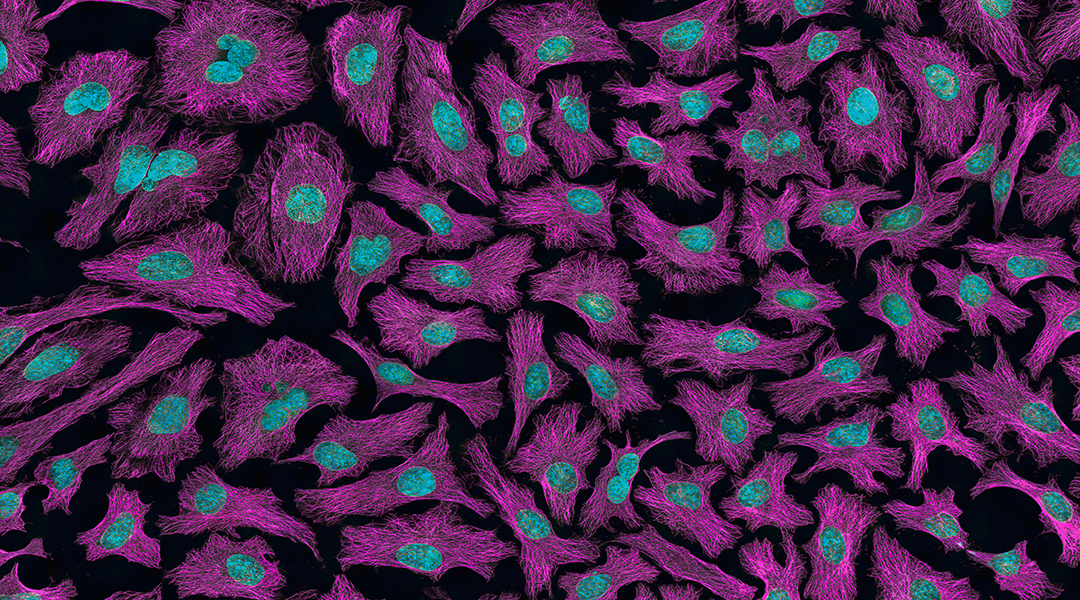 The field of molecular robotics has carried DNA beyond its role of genetic blueprint. Taking advantage of an explosion of advances in technologies that manipulate DNA — such as CRISPR — researchers have been able to create a variety of nanoscale structures with incredible precision for a variety of functions. This could completely change medicine as we know it. Imagine the harmful side effects of drugs, such as chemotherapies, being mitigated by drug-carrying robots that specifically target tumors.

While exciting developments are being made every day, what’s still missing, say a group of scientists led by researchers at Hunan University, is a molecular robot that is capable of directly manipulating living systems; for example, a cell.

“Our idea was inspired by the famous speech, ‘There’s Plenty of Room at the Bottom‘, given by Nobel Prize Laureate Richard Feynman in 1959,” said Zhou Nie, professor at the College of Chemistry and Chemical Engineering, Hunan University. “In this speech, he envisioned a miniaturized robot that could be made at the molecular level and artificially interface with cells to precisely modulate cellular function.”

They therefore built a DNA-based robot that can autonomously walk on the surface of cells, helping to promote cell migration, like an elephant driver, added Nie.

As molecular machines themselves, cells sense and respond to external stimuli, carrying out specific functions, such as migration, proliferation, and programmed cell death, accordingly. “The development of robots for cell manipulation would improve [our] understanding of the regulatory mechanisms of particular cell functions and help advance cell-based therapeutics in regenerative medicine or cancer immunotherapy,” wrote the authors in their study.

The result is a unipedal DNA walker composed of two modules: a leg and power unit called DNAzyme. “Each of these modules is made of nucleotides within a single strand of DNA,” explained Hong-Hui Wang, professor at Hunan University and contributor to the study. Unlike other conventional DNA walkers that move along rigid tracks, the DNA robots in the current study are designed to move on a fluidic cell membrane.

To move around, the DNA robot seeks out footholds or selected cell membrane receptors. Movement is initiated by a DNAzyme-catalyzed cleavage reaction, which occurs in the presence of a co-factor, such as a specific ion or amino acid. “This leads to the release of the [robot’s foot] and the exposure of a toehold region to start the migration of the robot to the next foothold,” said Wang. “This occurs via a displacement reaction, which fuels the self-propelled motion.”

This step-by-step movement between footholds acts as a signal that the cell reads and uses to initiate a given task, i.e., T cell receptor-mediated immune cell activation. Since this is dependent on a predefined molecular cue, the team foresees a high degree of control over cellular behavior.

“For example, by targeting growth factor receptors on tissue progenitor cells, DNA robots could respond to the gradient of the biomolecules released by the injured cells and instruct the progenitor cells to migrate to the right region to perform tissue regeneration tasks, such as proliferating more cells and differentiating into the right cell type,” explained Nie. In another possibility, a DNA robot could be designed to sense immunosuppressing signals, which happens in tumor microenvironments, and programmed to force cell death in tumor cells in the area.

The team plans to continue exploring the capabilities of this new technology, aiming to optimize catalytic activity of DNAzyme to increase the robot’s walking speed in order to shorten the time needed to induce a cellular response, and designing more sophisticated control mechanisms.