A breakthrough in nuclear fusion announced

After decades of experimentation, US scientists achieve ignition in a controlled fusion experiment for the first time. 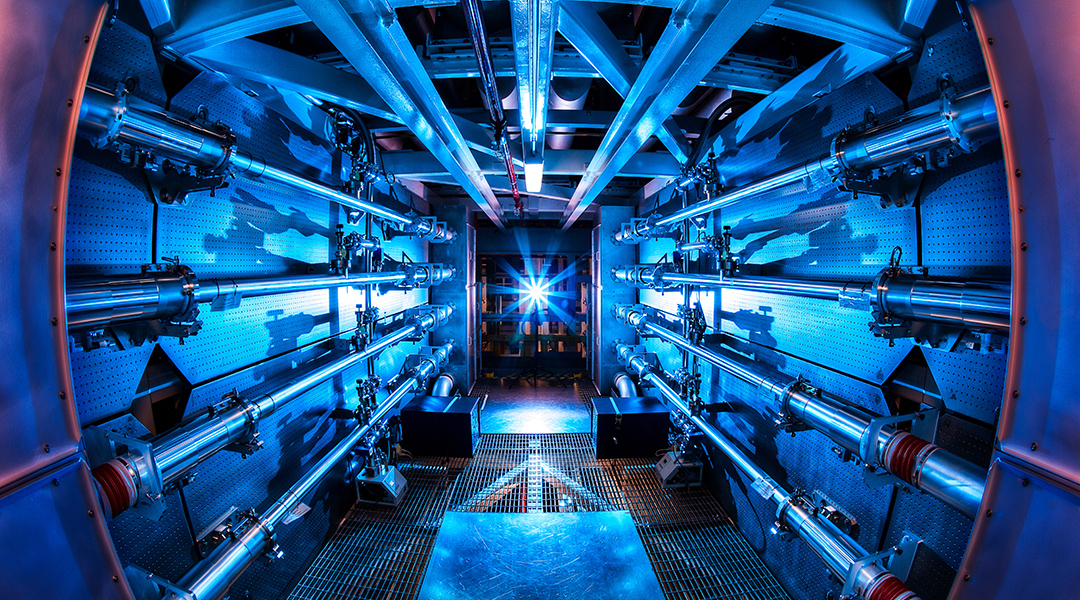 Since nuclear fusion research began in the mid-20th century, researchers have been unable to a demonstrate a positive energy gain and a self-sustained reaction — a condition known as “ignition”. However, today scientists at Lawrence Livermore National Laboratory in California say they have just made this incredible achievement, reaching ignition in a controlled fusion experiment for the first time after decades of experimentation.

“Experiments at the National Ignition Facility are a bit like striking a match, with this experiment the match kept burning. This is a momentous achievement after 50 years of research into laser fusion,” said Robbie Scott, a scientist at the Science and Technology Facilities Council’s (STFC) Central Laser Facility (CLF) Plasma Physics Group, and who contributed to this research.

“The experiment demonstrates unambiguously that the physics of laser fusion works. In order to transform NIF’s result into power production, a lot of work remains, but this is a key step along the path,” he continued.

Under the intense gravity and pressure inside stars, atomic nuclei come together to form new elements and, in the process, release enormous amounts of energy. Scientists want to harness this process on a large scale on Earth, as the implications of an almost unlimited, clean source of energy would no doubt be revolutionary. The process emits no greenhouse gas emissions or harmful waste, and its fuel source, deuterium, is abundantly available in seawater.

The problem is that for the fusion of two nuclei to take place, incredible temperatures of many millions of degrees are required. Inside the Sun, the fusion of hydrogen atoms into helium takes place at roughly 10 million degrees Celsius. At these temperatures, matter exists as a plasma, one of its four fundamental states, and is composed mainly of charged particles such as ions and electrons.

Recreating these conditions on Earth is challenging, but not impossible.

Scientists from all over the world are actively working in this field, and great strides have been made in recent years. Namely, a record was broken this year in magnetic confinement fusion when UK researchers generated 59 megajoules (MJ) of energy for five seconds — more than double what was achieved by a previous record established in 1997. In 2021, China’s Experimental Advanced Superconducting Tokamak (EAST) also set a world record when its “artificial sun” achieved a plasma temperature of 120 million degrees Celsius for 101 seconds and 160 million degrees Celsius for 20 seconds.

But along with instabilities that build up within plasmas that halt the fusion process, these reactions are notorious for consuming more energy than they produce. While these recent advancements have been important, the trick to commercialization is to make fusion a self-sustaining and continuous process that produces more energy than is put into it.

A major breakthrough in laser fusion

Speaking at a press briefing today, US Secretary of Energy Jennifer Granholm and Under Secretary for Nuclear Security and National Nuclear Security Administration (NNSA) Administrator Jill Hruby announced that researchers at the Lawrence Livermore National Laboratory put 1.8 MJ of energy into a deuterium-tritium fusion reaction and that it subsequently produced 2.5 MJ of energy — the first ever reported net gain.

The reactor at the Lawrence Livermore National Laboratory uses an alternative approach to the broadly known magnetic confinement in which plasmas are created and magnetically suspended in donut-shaped chambers called tokamaks, where atoms are heated to over 100 million degrees Celsius.

The Livermore team, on the other hand, has been investigating laser fusion, a fundamentally different process from magnetic confinement. In laser fusion, the world’s largest laser (the size of three football fields) is used to compress deuterium and tritium — heavy isotopes of hydrogen — to simulate the conditions at the center of the Sun.

In the current experiment, 192 lasers were used to strike the inner wall of a tiny cylinder where generated X-rays converge on a hydrogen/deuterium fuel pellet the size of a peppercorn, heating it to over three million degrees Celsius and compressing it to densities higher than the center of the Sun.

“The lasers enter the ends of a centimeter-scale cylinder, hitting its inner walls, making them glow x-ray hot,” said Justin Wark, professor of physics at the University of Oxford and director of the Oxford Centre for High Energy Density Science, who was not involved in the study. “These X-rays then heat a sphere at the center that contains the nuclear fuel. The outside of the sphere vaporizes and becomes a plasma that rushes off the surface, creating an imploding ‘spherical rocket’, which in a few billionths of a second reaches velocities of 400 kilometers per second.

“The subsequent ‘crunch’ at the center is tailored in a specific way to make a hot spark in the middle, and the density of the compressed ‘fuel’ surrounding the spark  is so great that the nuclear fusion reaction takes place in about a tenth of a billionth of a second — faster than the tiny hot sphere can fly apart. It is thus confined by its own inertia, and thus this method of fusion is called inertial confinement fusion.”

Still a long road to commercialization

“While the results are a milestone in a scientific quest that has been developing since at least the 1930s, the ratio of energy going into the reaction at Livermore to getting energy out of it needs to be about 100 times bigger to create a process producing commercial amounts of electricity,” said a Reuters source.

The team indicate that it’s going to be a long while before commercialization, with significant hurdles in the science and technology remaining. The current experiment involved the ignition of one fuel capsule at one time; in order for this to be viable on a large scale, many ignition events need to take place per minute with a robust system of drivers.

“Still more is needed: first we need to get much more out than is put in to account for losses in generating the laser light (although the technology for creating efficient lasers has also leapt forward in recent years),” said Wark. “Secondly, the Lawrence Livermore National Laboratory could in principle produce this sort of result about once a day — a nuclear fusion power plant would need to do it ten times per second. However, the important takeaway is that the basic science is now clearly well understood, and this should spur further investment.”

As such, the team say that it will be several decades before a plant can be built. In the meantime, the excitement around this milestone is palpable.

“This is a key step on a possible pathway to commercial nuclear fusion. It demonstrates and underpins our basic understanding of the physics and is an engineering triumph,” commented Robin Grimes, professor of materials physics, Imperial College London, who was not involved in the study. “There is no doubt, the prize is worth the effort. Success, however long it takes, would be transformational.”

Image: A color-enhanced image of the inside of a NIF preamplifier support structure. Credit: Damien Jemison

Stable qubits for more compact quantum computers
Back to the future with an ammonia economy
Embedding data in quantum states for machine learning
Teleportation is possible, it just depends on scale