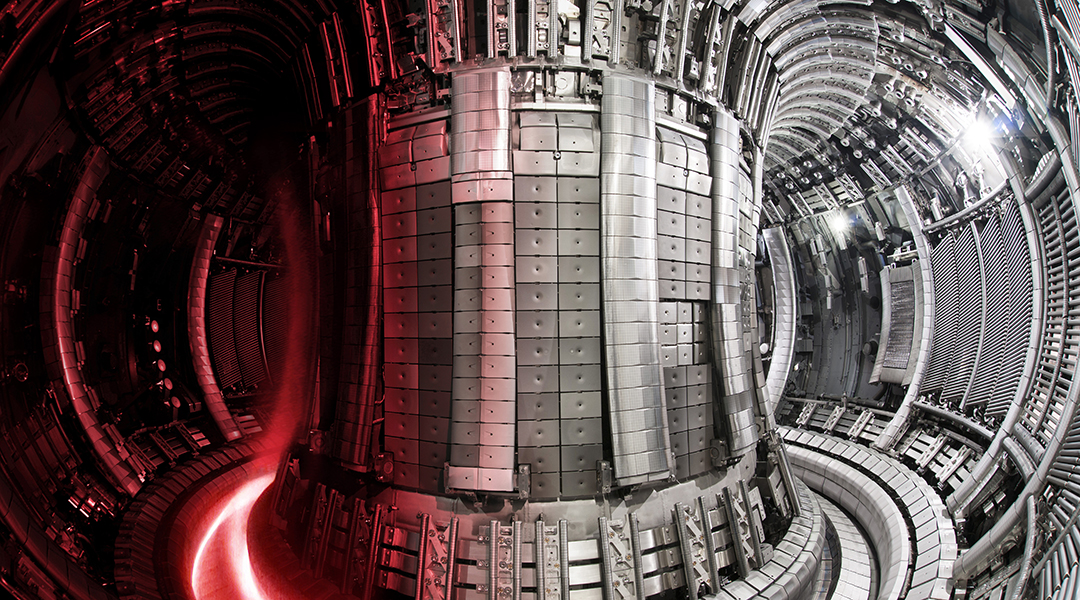 Scientists working at the Joint European Torus (JET) have just broken a record for sustained fusion energy. It is the clearest demonstration of the potential for fusion energy to deliver safe and sustainable low-carbon energy in almost 25 years.

JET, located in Culham, UK, is currently the largest fusion device in the world and was used to generate 59 megajoules of fusion energy for five seconds, more than double what was achieved by a previous record established in 1997.

Though this amount of energy is not necessarily significant in itself, the team says they are excited about its future possibility as this experiment has validated the design for a larger demonstration reactor, the International Thermonuclear Experimental Reactor (ITER), currently being built in France.

“The record, and more importantly the things we’ve learned about fusion under these conditions and how it fully confirms our predictions, show that we are on the right path to a future world of fusion energy,” said Tony Donné, EUROfusion Programme Manager (CEO) in a statement. “If we can maintain fusion for five seconds, we can do it for five minutes and then five hours as we scale up our operations in future machines. This is a big moment for every one of us and the entire fusion community.”

If scientists can harness large-scale nuclear fusion — the power source of stars — the implications for an abundant source of clean energy would be revolutionary. No greenhouse gas emissions, no nuclear waste, and with a fuel source — deuterium — available in seawater that could maintain millions of years of fusion.

Scientists have worked for decades on different reactors to recreate fusion on Earth. In donut-shaped magnetic chambers called tokamaks, atoms of hydrogen are suspended and heated to over 100 million degrees Celsius, which is around 10 times hotter than the Sun. At these temperatures, matter becomes a hot plasma — a physical state of electrically charged particles. These conditions enable the fusion of atoms, such as deuterium and tritium atoms into helium, which releases significant amounts of energy to be collected and converted into electricity.

While conditions inside the tokamak are effective at confining the plasma, instabilities build up after only a few seconds, which make long-term containment and energy production difficult. As a result, scientists have only been able to sustain fusion reactions for a very short time.

Fusion reactions in the laboratory also notoriously consume more energy than they produce, leading some to believe that it is a farfetched energy source. While JET still falls into this category, scientists are excited about the fact that this new record for sustained energy predicts a bright future for ITER.

JET has been a crucial test bed for ITER and there is solid evidence that this energy deficit can be overcome as the plasmas are scaled up, said the team in an interview with the BBC. The hope is that ITER will be able to break even, and next generation plants will be better.

“As pressures mount to address the effects of climate change through carbonizing energy production, this success is a major step forward on fusion’s roadmap as a safe, efficient, low carbon means of tackling the global energy crisis,” wrote the EUROfusion team.