A blue blob is saving Iceland’s glaciers (for now)

A mysterious area of cold water dubbed the Blue Blob is reducing the melting of Iceland's glaciers by cooling the air above them. 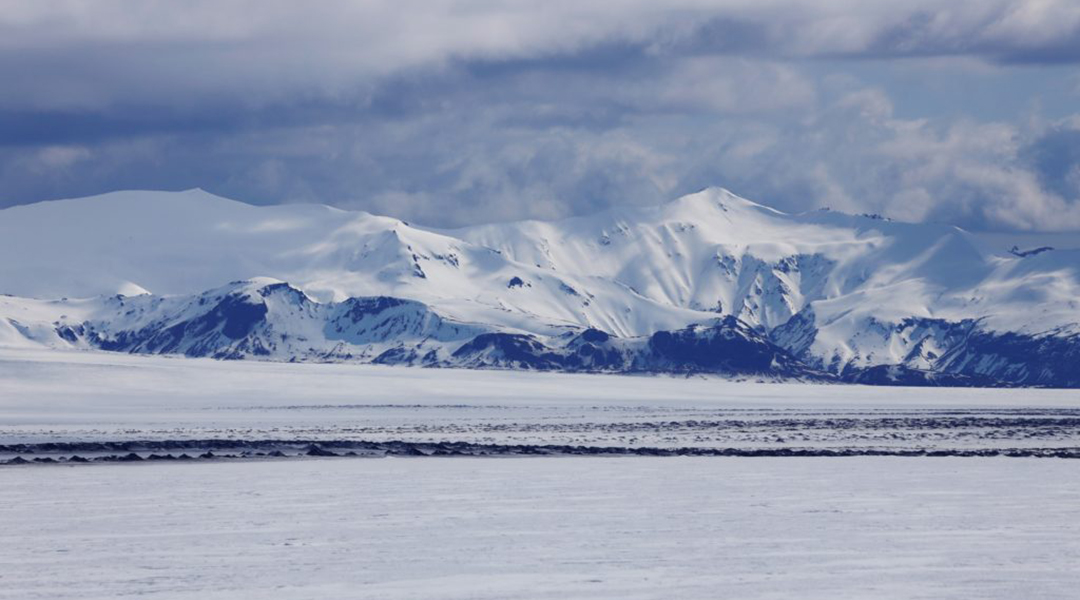 A new study published in Geophysical Research Letters is analyzing a mysterious patch of water south of Iceland and Greenland aptly named the “Blue Blob”.

Here, uncharacteristically cold-water temperatures are helping to slow down the melting of Iceland’s glaciers. The Arctic is the frontline of the impact of global warming due to climate change, with figures from NASA’s Goddard Space Flight Center estimating that areas in the Arctic are warming four times faster than the rest of the world.

Ocean temperatures in the Blue Blob are much colder than the surrounding areas. Brice Noël, a postdoctoral researcher at Institute for Marine and Atmospheric Research Utrecht in The Netherlands, and his colleagues noticed that Iceland’s glaciers steadily lost ice from 1995 until 2010, averaging a loss of 11 gigatons per year. However, in 2011 the trend slowed down by half.

This reduced melting was not seen in neighboring glaciers in Greenland and Svalbard, leading the team to suggest that the Blue Blob may be the culprit.

To gauge the effect of the Blue Blob, Noël and the research team studied how much the mass of Icelandic glaciers changed from 1958 to 2019 using a regional climate model. The authors suspect that the Blue Blob is chilling the air over Iceland, potentially explaining the reduction in melt beginning in 2011. Origins of this blob are currently unknown.

The future of the blob

The Blob will, unfortunately, not be around forever. The study projects that the Blob’s effects at reducing Icelandic ice melt will dissipate near 2050, when ocean and air temperatures are expected to rise. Without the Blob’s intervention, the glaciers in Iceland could lose one third of their volume by 2100 and be completely extinct by 2300.

“In the end, the message is still clear,” said Noël. “The Arctic is warming fast. If we wish to see glaciers in Iceland, then we have to curb the warming.”

Quotes adapted from a press release by the American Geophysical Union