The Arctic has begun to enter a new climate state

An extensive study shows that the fragile Arctic landscape is changing right before our eyes. While we cannot stop the transformation, we can mitigate its effects if we reduce greenhouse gas emissions and slow climate change. 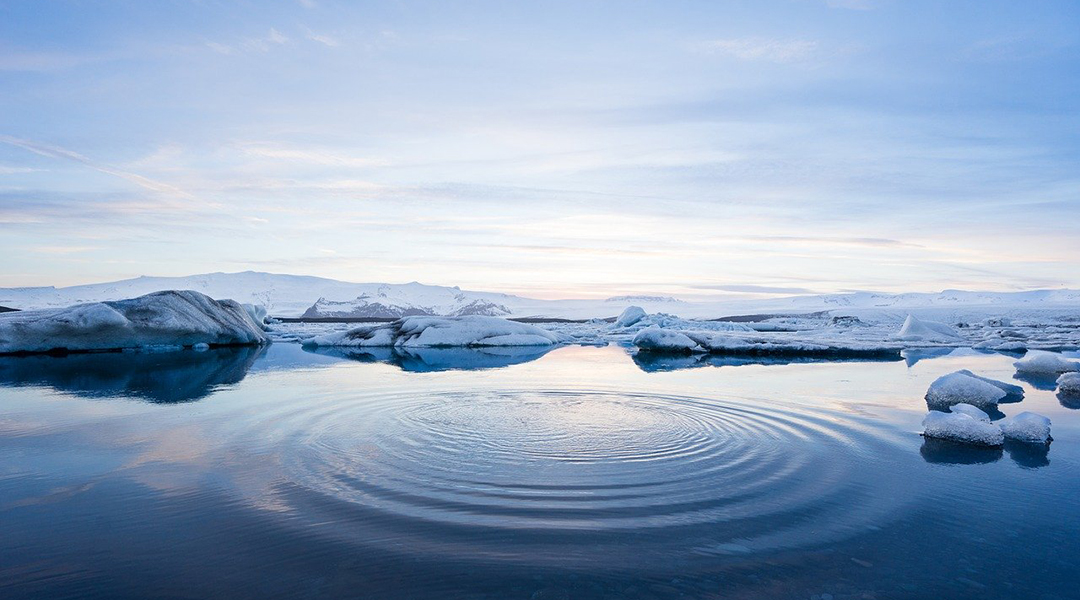 This week, Advanced Science News are raising climate awareness by highlighting scientific studies and articles related to climate change, sustainability, and efforts to move toward a net-zero future.

The Arctic has long been a litmus test for global response to climate change. This once predominantly frozen region has been warming faster than any other on the planet, which has started an irreversible transition to a completely different climate. Researchers warn of the detrimental effects this will have not only on animal species who rely on annual sea ice to nest and hunt, but also native human populations living in northern regions.

Startling events are already taking place that indicate we have reached a point of no return, such as heat waves in Siberia and wild fires in fragile peat lands within the Arctic circle, which are contributing to the thawing of permafrost in places like Canada, Russia, and Alaska, freeing carbon reserves that have been frozen for thousands of years. Thawing glaciers and warming oceans will also have potentially major consequences as a result of rising sea levels, and a warmer climate has already lead to fragile ecosystem changes.

While weather patterns in the Arctic have always been variable in terms of winter duration and the amount of sea ice formed, new research carried out by scientists at the National Center for Atmospheric Research (NCAR) has found that the region has warmed to the point that this variability is moving outside the bounds of past natural fluctuations, “signaling the transition to a ‘new Arctic’ climate regime”.

“The rate of change is remarkable,” said NCAR scientist Laura Landrum and lead author of the study in a statement. “It’s a period of such rapid change that observations of past weather patterns no longer show what you can expect next year. The Arctic is already entering a completely different climate than just a few decades ago.”

A process known as Arctic amplification is driving the speedy warming compared to other, lower-latitude regions. Light colored sea ice normally reflects heat back into space, but as less ice forms every year, the darker ocean water begins to trap the heat, propagating less sea ice formation the following year and more warming.

In their study, Landrum and co-author, fellow NCAR scientist Marika Holland, used previous Arctic climate records and computer simulations from five of the world’s leading climate models that have been used for an international research project known as the Coupled Model Intercomparison Project 5, or CMIP5. They used this data to first statistically define the “old Arctic climate boundaries”, more specifically, the natural variability that occurs every year. They then used their simulations to determine how far human-influenced warming would push the Arctic beyond these natural boundaries into a new climate state.

According to the team’s findings, a new Arctic climate is said to begin when the 10-year climate average — as measured through sea ice, air temperatures, and precipitation phase (amount of rain vs. snow) — is at least two standard deviations away from the average climate that occurred between 1950 and 1959.

When applying each of these five models to sea ice extent, the team found that a new climate state in the Arctic has already begun, and which actually started at the turn of the last century. In recent decades, sea ice has melted so extensively that even an unusually cold year would no longer yield the same amount of summer sea ice that existed in the mid-20th century. Based on a high greenhouse emissions scenario, Landrum and Holland predict that the Arctic could very well experience ice-free conditions for three to 10 months of the year by the end of this century. Air temperature and seasonal precipitation will also warm enough to enter a statistically distinct climate by 2050, which means more rainfall than snow.

“The Arctic is likely to experience extremes in sea ice, temperature, and precipitation that are far outside anything that we’ve experienced before,” said Landrum.

While reducing emissions will lessen the extent of these changes — which will have significant effects for its fragile ecosystems — Landrum emphasizes that we need to (perhaps unfortunately) come to terms with the fact that we need change our definition of what Arctic climate is.

While it’s clearly too late to stop climate change from happening and we’re already seeing its effects all over the world — with rising seas leading to coastal flooding, water shortages, forest fires raging through the Western United States and Australia, to name but a few — drastic steps need to be taken to mitigate the worst. With more public backing, green movements and a global push for more governments to take responsibility and act on promises made during the Paris Agreement are gaining momentum and provide a glimmer of hope. However, drastic steps need to be taken and the data scientists put forth need to be taken seriously before any real change can be possible.

Climate change and the city
Materials discovery dilemma: Seeing the forest for the trees
Could domestication be linked to animals' gut bacteria?
Tourism and climate change threaten Lake Baikal, a unique global treasure