Brain organoids model normal human brain development and can be used to answer questions related to development, evolution, and disease. 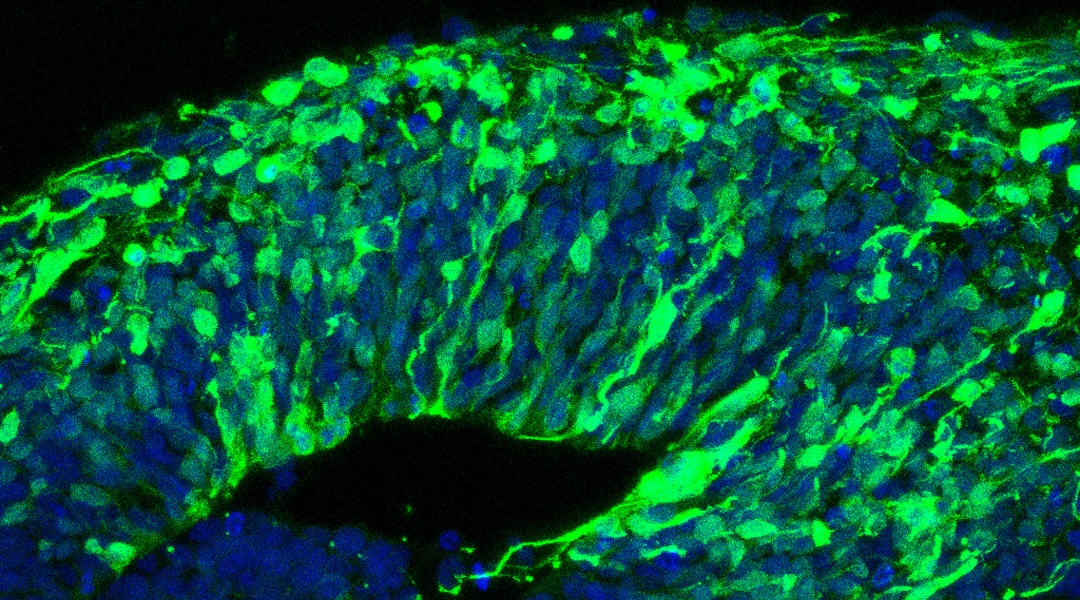 The human brain develops during embryogenesis, which begins during the fourth gestational week. It is a highly orchestrated process through which neural progenitor cells at first proliferate, in order to expand their number, and later on, differentiate towards neuronal and glial cells that colonize the developing brain. Due to minimal access to healthy human brain tissue, the study of its development is challenging. Hence, scientists turn to model systems in order to decipher mechanisms regulating human brain development. Animal models, such as mice or nonhuman primates, have been widely used; however, due to their evolutionary differences, many aspects of human brain development still remain elusive.

Recent advances in stem-cell technology have made the generation of a human-specific model to study brain development possible. Brain organoids are 3D tissues that are generated and cultured in vitro and closely resemble the structure of the human embryonic brain. Their most important advantage, compared to the animal brain models, is that they are derived from human cells, such as induced pluripotent or embryonic stem cells. These cells, through tightly regulated differentiation, generate neural progenitor cells, neurons, and glial cells, which are organized in a rather simplified model of a developing human brain. 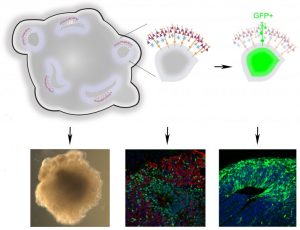 The above schemes represent the organization of brain organoids. Brightfield photo shows a life brain organoid in culture and colorful pictures show the different cell types that can be found, and how brain organoids can be manipulated.

Brain organoids can thus be used to study the different steps involved in human brain development. To that end, methodologies for the generation and manipulation of brain organoids, and techniques through which brain organoids can be analyzed have now been established. Through these approaches, key questions regarding the specific cellular and molecular mechanisms that regulate the formation of the human brain are now closer to being understood.

The type, respective number, morphology, and location of brain cells, as well as their behavior during different developmental and maturation steps, can now be extensively investigated in a human-specific background. Additionally, essential characteristics and structures of the human brain, such as the formation of the folds of the cortex, can be studied. Furthermore, brain organoids can be used to compare brain evolution among different species and elucidate factors that distinguish human cognitive and intellectual abilities from other mammals.

Finally, brain organoids can be employed to model human diseases that have a developmental origin as well as test potential therapeutics. This is vital since many human brain developmental disorders cannot be successfully recapitulated using animal models and therefore, brain organoids are a very promising solution.

Can the pneumonia vaccine protect against COVID-19?
New method gives more accurate picture of nanoparticle surfaces
Delivering CRISPR gene-editing therapy: What’s holding us back?
Why is potassium the cation of life?