Making lab-grown meat with a new 3D-printing strategy that combines fat and muscle cells to make the perfect, artificial steak. 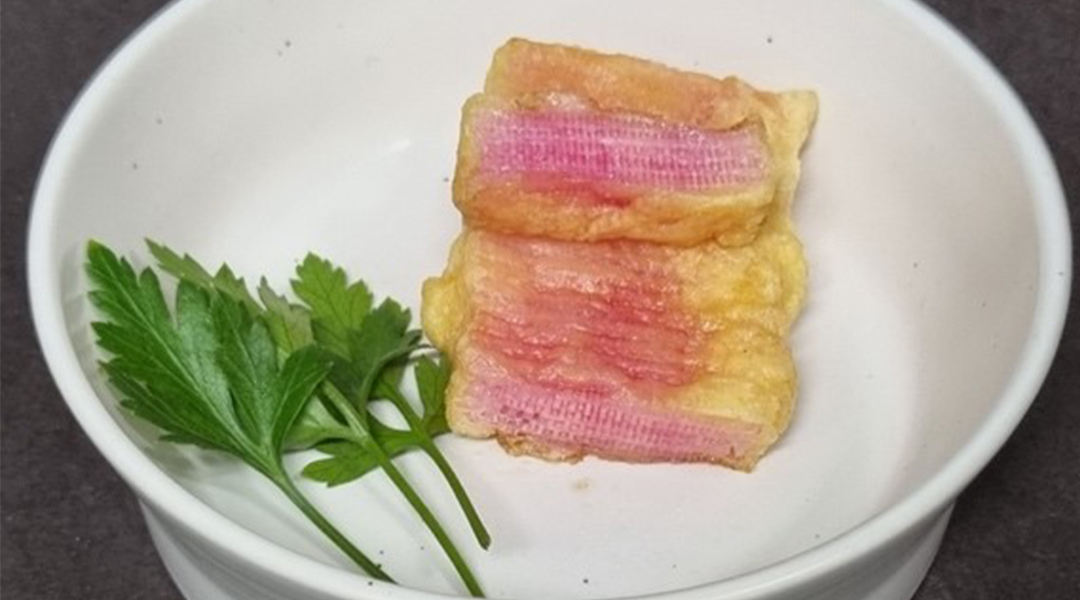 Would you eat lab-grown steak? A recent study from the Good Food Institute — a nonprofit thinktank — indicates that about 40% of US and UK consumers are “highly likely” to try lab-grown meat.

Hojae Bae, professor at Konkuk University, is planning on giving those consumers what they want using 3D printing and polymers to create the perfect synthetic steak.

One hurdle with lab-grown meat is making it commercially available. Manufacturing practices need to be set up to ensure enough can be made (and sustainably), and that the texture and taste accurately resemble naturally grown meat. In a new paper published in Advanced Science, Bae and his colleagues report a means of making this possible.

To make lab-grown meat, one cannot simply add chemicals to normal steak cells. Bae and his team started with cells from a cow embryo. They used a type of cell called an immortalized fibroblast cell, which in the body will develop to hold structures such as skin and tendons together. Immortalized cell lines have a mutation that causes them to keep dividing indefinitely, even if that type of cell normally would not do so, allowing the researchers to produce as many as needed.

To these embryonic cells, the scientists added two genes that would allow them to later transform into muscle and fat-laden cells — the building blocks of synthetic meat. These muscle and fat cells cannot form an appetizing steak all on their own — they require the help of an artificial (though edible) scaffold to help them grow and develop into the desired tissue.

“Cultured meat cannot be produced without a scaffold, a three-dimensional support for cells,” said Bae, “These scaffolds are not just used to grow cells, they are eventually consumed together. Therefore, these scaffolds should be considered as an edible part of the cultured meat as well.”

To make the scaffold, the team had to optimize a 3D-printable hydrogel such that it could maintain mechanical stability while also providing enough space and support for the cells to properly grow.

Using digital-light processing (DLP) for their printing method, they were able to create small and precise structures within the hydrogel to provide an optimal environment for cell growth. One such structure is called a microchannel, which provides a route for the movement of nutrients and cell waste while also giving the meat its steak-like structure, rather than it simply being a ball of cells.

Once the cells are ready, it’s a one-step printing process. “Due to the characteristics of DLP printing, the printing speed was relatively fast — about 30 minutes are required to produce a construct with the size of 34.3 mm, length, 55.3 mm, and height, 19.26 mm,” Bae said. This will produce a piece of steak roughly the size of half a pad of Post-It notes.

Once the researchers had optimized the cells and the hydrogels separately, the next step was to mix them together. The cells were encapsulated in the hydrogel during printing, and their growth was managed by controlling the cell culture medium — the liquid environment surrounding the scaffolds.

The genes worked into the fibroblast cells interact with the cell culture medium to differentiate them into the desired fat and muscle cells, allowing the researchers to control the ratio of fat to muscle. Bae notes that it is a big advantage to be able to control the growth of these two types of cells in the same space.

Bringing faux steak to your table

One hurdle to commercialization of this process is that some chemicals in the cell medium and the hydrogel cannot be eaten and will need to be replaced with food-safe alternatives. There already exist a few other cell medium ingredients that can be explored, and about the edibility of the hydrogel itself, Bae is optimistic.

“One of our ongoing studies is finding suitable plant-based materials that are safe for consumption and can serve as a cell attachment scaffold,” said Bae. “Luckily, we were able to find several candidates and are making full efforts to achieve a commercially applicable prototype.”

Another issue to overcome is the cost of the steak. “The cultured meat we produced in the lab costs roughly about $700 [per kilogram], more than 90% of which is spent on purchasing cell culture media,” said Bae. He does expect that mass production of the cell culture media will lower the cost. Still, he says, “We expect that high productivity at a lower unit price will be the major hurdle for a while. Also, regulatory approval will probably be one of the major hurdles before the commercialization.”

The Good Food Institute tackles issues such as regulatory approval for cultured meat. Both their website and Bae note that traditional animal agriculture can come with environmental pollution and ethical issues, and Bae says that his faux steak will make alternative protein more readily available: “We began our study to solve the problem of limited productivity in the field of cultured meat.”

Even though they can’t yet eat it, the lab printed and then fried up some of their synthetic steak, and say they are excited about the next steps towards making this a food-safe product.