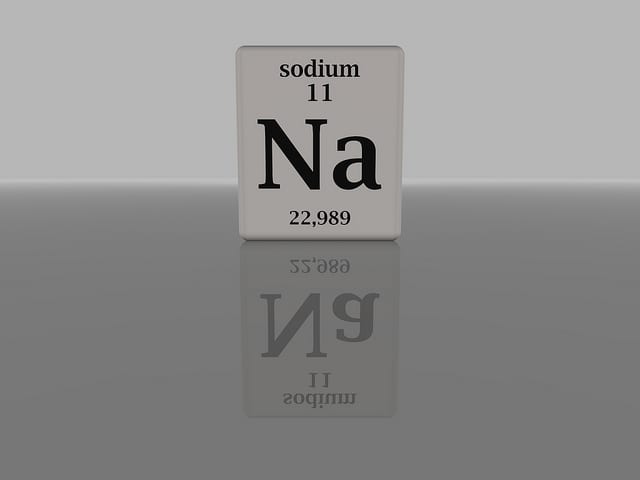 Research into a replacement for lithium–ion batteries has led to a lot of work being done on sodium, a significantly more Earth-abundant element with promising properties for use in next-generation battery systems. Sodium–ion batteries use a similar energy-storage mechanism to lithium–ion batteries, but sodium comes with a much lower price tag, making it additionally attractive for commercial adoption on a large scale.

Unfortunately, sodium ions are larger than lithium ions, resulting in slower ion transport in sodium-based battery systems and leading to a faster fading of the capacitance with cycling. There is also more structural degradation of the electrodes due to the greater volume change associated with the insertion/extraction of sodium ions during cycling. In practical terms, the potential advantages of sodium over lithium are moot: sodium-based batteries just won’t last as long as their lithium-based counterparts. 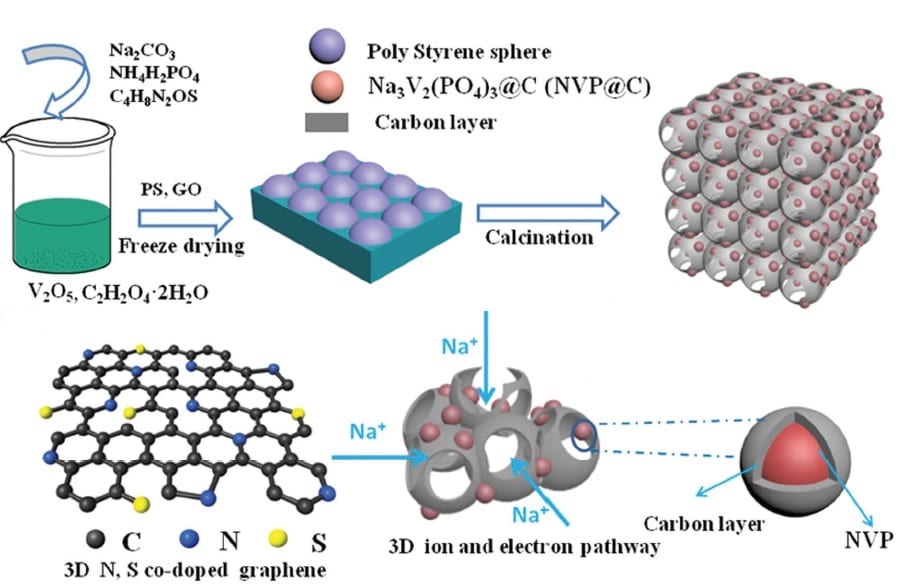 A team collaborating across various Chinese institutes has now taken a giant step toward solving this problem by creating a new type of composite electrode. Based on a 3D graphene network, the electrodes can be engineered to incorporate any of the commonly used electrode materials, anchoring them to the graphene matrix. The examples shown in this work were Na3V2(PO4)3, MoS2, and TiO2, but the simple method designed by these researchers could be extended to accommodate other typical electrode materials.

Their generalizable technique first involves a mixing step, which combines the desired active electrode material precursors with graphene oxide. The combination is then freeze-dried with a polystyrene sphere template, followed by a calcination step, leading to co-doping of the graphene with nitrogen and sulphur and generating a porous 3D composite with the active material anchored on the graphene. The porous structure comfortably accommodates the large volume changes during cycling and provides good electrical and ionic conductivity. 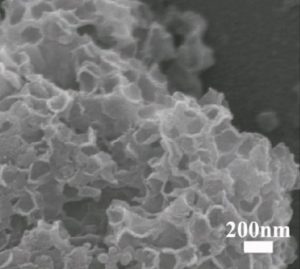 A symmetric full cell is then constructed using the 3D graphene network electrode incorporating Na3V2(PO4)3 and excellent performance is observed. The system achieves good reversibility, an impressive cycle stability, and an excellent rate capability, with a demonstrated capacity of 69 mAhg-1 at 20 C after 600 cycles.

See more details and the test results for different active electrode materials in their Full Paper for Small.