MarkForged have introduced the Mark One 3D printer, which can print parts from continuous carbon fibers. 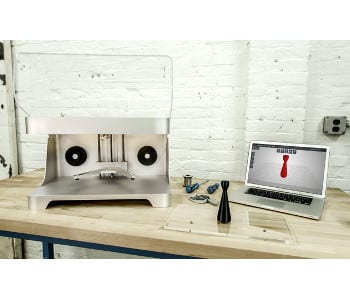 Previously, only short fibers could be used in 3D printing, which limits strength and stiffness. However, the company MarkForged have just introduced introduced the Mark One printer, which can print parts from continuous carbon fibers.

MarkForged was founded by MIT aerospace engineer Greg Mark. After years of designing and manufacturing high-performance composite race car wings, he found a way to use 3D printing hardware to automate the composite layup process. He assembled a team of researchers and MarkForged was born.

According to the new company, the Mark One combines the limitless potential of 3D printing with the high-strength of carbon fiber. Its patent pending Composite Filament Fabricatio process is the first ever to enable 3D printing of continuous carbon fiber. CFF parts are up to 20 times stiffer than ABS plastic, five times stronger, and have a higher strength-to-weight ratio than 6061-T6 aluminum. 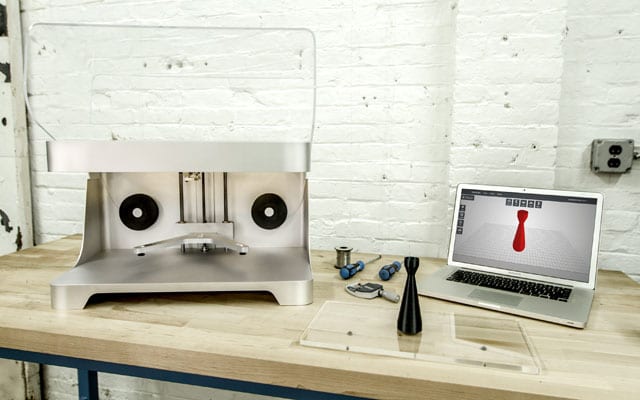 “We removed the strength limitations of 3D printed plastic parts,” said founder and CEO Greg Mark. “We designed the Mark One so that your best ideas come to life with the click of a button at your desk. And not just in form, but in function.”

The novel printer enables designers to 3D print functional parts that would otherwise need to be CNC machined. The Mark One 3D-printing process, however, pledges to create finished parts, not just prototypes, that match the strength and durability of those molded or machined from high-performance composites.

“The magic is in the printhead,” continued Mark. “The Mark One uses a dual extruder system that combines traditional 3D printing and CFF printing within a single part. Designers can choose between lightweight carbon fiber, low-cost fiberglass, or the newly announced Kevlar for puncture and abrasion resistance. The printer also supports traditional 3D printing with nylon and PLA plastic.”

Until now the Mark One was only available as limited pre-sale, but for the second half of 2014 MarkForged will start shipping.