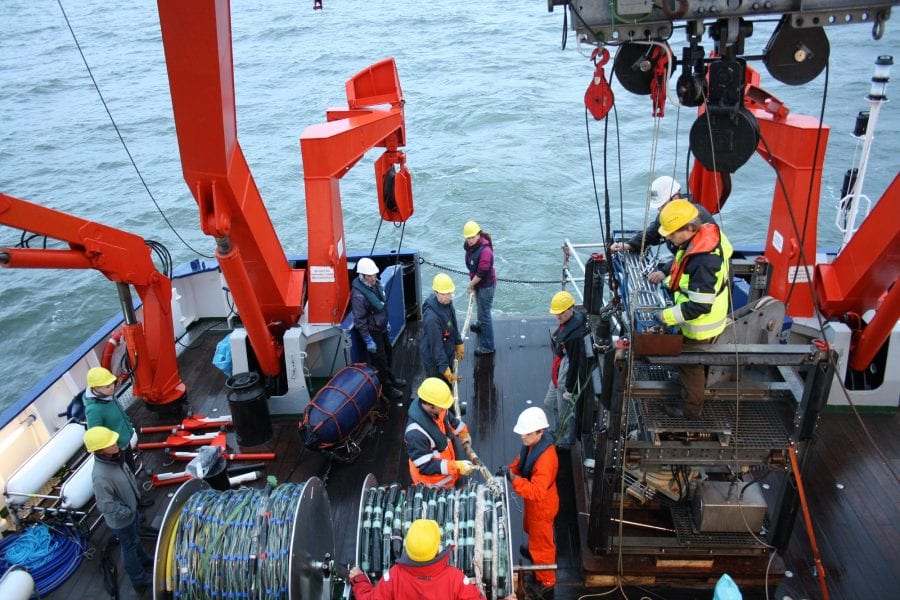 E.ON and Statoil gave the green light in May 2016 to the construction of a 385 MW wind farm, 35 km northeast of Germany’s largest island Rügen. The use of seismic surface surveys made it possible to stick to schedule on this € 1.2 billion project despite changes to the wind farm design – 60 turbines instead of 80 because of the switch to the larger 6 MW class – without the need for further post-surveys.

Seismic surveys using Fraunhofer’s multi-channel seismic system make it possible to look at deeper layers – important, as the support structure of a wind turbine penetrates 50 m into the seabed. By working up a 3D model of the seabed based on these seismic data, experts at Fraunhofer IWES were instrumental in getting the design of the wind farm approved.

Financial calculations and the use of state-of-the-art technology tipped the scales for the optimization of the layout of the wind farm: Since the early days of planning, the offshore world has evolved considerably, and 6 MW turbines now have a solid offshore track record. The prospect of fewer turbines generating the same planned total capacity of 385 MW is an attractive one, as it cuts the costs of construction, grid connection, and operation.

The developer had a difficult decision to take: To redo the geological or geotechnical measurements, which would really have impacted on the schedule and the budget, or, alternatively, to procure reliable data to describe the new sites that had been selected, for confirmation by the German Maritime and Hydrographic Agency (BSH). A close-profile, multi-channel seismic survey of the wind farm area and subsequent work-up of a high-resolution 3D layer model provided the basis for the interpolation of local, geological profiles and data at certain points.

With the assistance of a geotechnical expert, the properties of the existing drilling profiles were applied to the new turbine locations for which the seismic survey had been conducted. The subsequently certified method satisfied the technical experts at the BSH.