Will industrial-scale photocatalysis see the light of day? 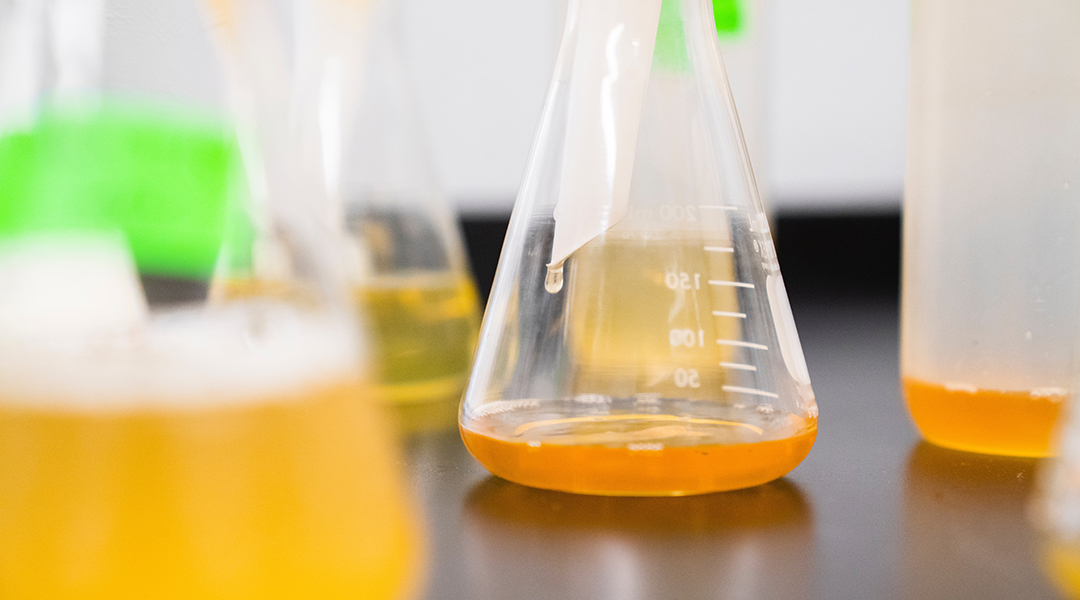 This might seem like an odd question to ask when research and development in the field of gas-phase heterogeneous CO2 and H2O solar-powered catalysis (or photocatalysis) for making solar chemicals and fuels is burgeoning. Light as an energy source to drive heterogeneous catalysis is appealing, as it circumvents the need for electrical or thermal energy to power these processes.

In this context, the top ten targeted CO2 sourced commodity chemicals and fuels are seen in the figure below. The bottleneck in their development as industrially applicable technologies is their solar-to-chemical energy efficiency.

More specifically, this is a photon absorption and chemical utilization challenge that boils down to a task of engineering high efficiency photocatalysts and photoreactors. At the current state of development, this is beyond a materials discovery mission as very active photocatalysts for converting CO2 and H2O to solar chemicals and fuels now abound in the literature.

To expand, while materials and reactor engineering of large-scale heterogeneous thermocatalytic processes — where heterogeneous refers to a solid-state catalyst enabling a gas or liquid phase reaction — represent a known technology for making more than 90% of our commodity chemicals and fuels at the million-ton scale, how best to engineer a photocatalytic analogue remains unknown.

We know how to heat tons of a solid-state heterogeneous catalyst in pellet or granulate form to efficiently drive a thermochemical reaction in the lowest energy (ground electronic) state. But how to efficiently illuminate tons of photocatalyst with sunlight to drive a photochemical reaction in a higher energy (photoexcited electronic) state has yet to be demonstrated.

How are better photocatalysts designed?

In simple terms, designing a high efficiency photocatalytic process is a quantum yield (ΦQY) and light transport (ηLT) task (defined below), whereby the integration of the photocatalyst and photoreactor must together function as a “photon sponge”. This construct is an internally light-reflecting, multi-scale hierarchical structure that allows the penetration of incident photon flux within, providing spatial access to every photoactive site.

The primary objective of the photon sponge is to generate electrons and holes that can transform gaseous reactants, CO2 and H2O or H2, to a solar chemical or fuel product at the highest possible photocatalytic efficiency.

To enhance the efficiency of the photocatalyst, the quantum yield:

must be greatly improved, especially in the visible band of the sunlight spectrum.

To boost the efficiency of the overall process, great strides are needed to increase the radiation transport efficiency:

Currently, a voluminous literature on CO2 photocatalysis shows these efficiency targets are less than 1% conversion of incident photons to product molecules and both need to be improved by at least an order of magnitude to maximize the photocatalytic efficiency of the process represented by the product of quantum yield and radiation transport efficiency:

By rising to the challenge of transforming a scientific curiosity in a nascent field to a practical CO2 and H2O photocatalysis technology, the vision of solar chemicals and fuels will be transformed to reality.

To amplify on the challenges, the first problem is the quantum yield, that is, how to effectively engineer and use the photocatalyst. Ideally, one would aim for every incident photon reaching and activating every catalytic site with uniform intensity and temperature to ensure maximum reaction rates and product selectivity. The necessity of light absorption by a heterogeneous photocatalyst, however, limits photon penetration depth into the catalyst bulk. This creates light intensity and thermal gradients due to randomly localized hotspots on the catalyst pellet or granulate, thereby impeding the attainment of high optical absorption efficiency operating conditions.

In the context of the material, how photo-generated charge carriers separate, migrate, recombine, and react with CO2 feedstock in surface and bulk regions of the photocatalyst ultimately dictate the attainable quantum yield. The goal is to engineer the structure of a solid-state heterogeneous catalyst over nano- to meso- and macroscopic dimensions to overcome all these obstacles.

The second problem is the light transport efficiency or how to engineer the integration of the photocatalyst and photoreactor to maximize the capture of incident solar irradiation while minimizing parasitic absorption, reflection, scattering, transmission, and thermal conductive, convective, and radiative losses.

In the next year or so, it will hopefully prove to be a formidable competitor with alternative CO2 utilization technologies that depend on fossil and grid energy. Once high photocatalytic process efficiency can be achieved, the field of gas-phase heterogeneous photocatalysis is envisioned to rapidly expand beyond the utility of CO2 and H2O as a feedstock and will encompass a host of other large-scale energy and greenhouse gas intensive industrial chemical processes based on H2O, CH4, and N2.