White LEDs, made from zinc oxide and a conducting polymer, can be manufactured directly on paper. 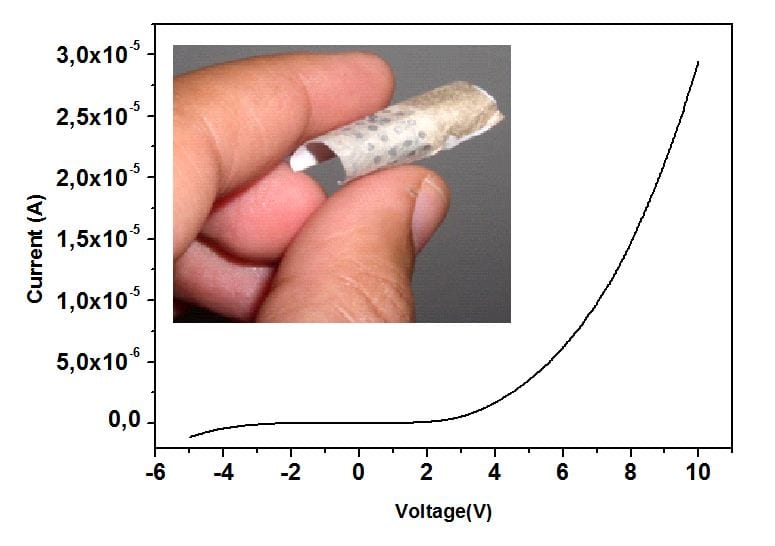 Imagine a white luminous curtain waving in the breeze. Or wallpaper that lights up your room with perfect white light. The applications are not very far away. White LEDs, made from zinc oxide and a conducting polymer, can be manufactured directly on paper, as shown by Gul Amin in his doctoral thesis at Linkoping University, Sweden. 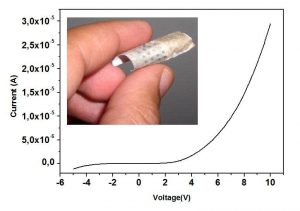 In his thesis, Gul Amin, who recently received his doctorate at the Physical Electronics and Nanotechnology group, Campus Norrköping, shows how it is possible to grow white LEDs directly on paper and also to print them on wallpaper for example – this method has a patent pending. The active components are nanorods of zinc oxide on a thin layer of polydiethylflourene (PFO), a conducting polymer. But the paper has first been coated with a thin, water-repellent, protective and levelling layer of cyclotene, a resin.

“This is the first time anyone has been able to build electronic and photonic inorganic semiconducting components directly on paper using chemical methods,” says professor Magnus Willander, who is leading the research.

The article has been published in Wiley’s Phys. Status Solidi – Rapid Research Letters. In one of the thesis’ other articles, published in Springer’s Journal of Material Science, Gul Amin also shows how it is possible to grow nanorods on paper, blow them off the surface using ultrasound and collect them in the form of a powder. This powder can then be used to print the nanorods of zinc oxide, and thus LEDs, on paper or plastic in a normal printing press. That method also has patents pending.