What Do Decorated (Nano)Worms Have to Do with Stem Cells? 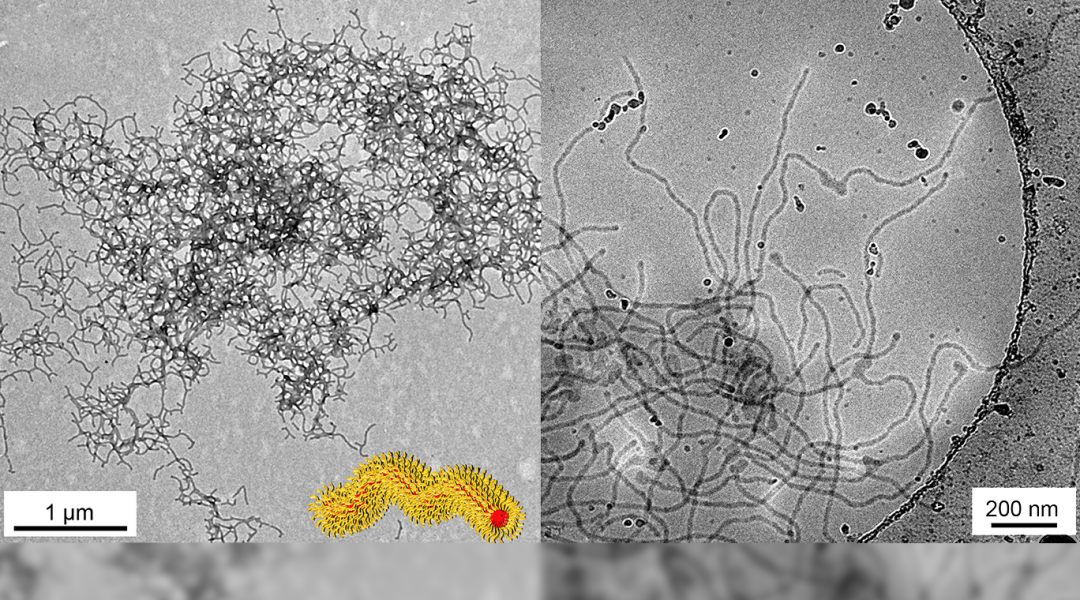 Human embryonic stem cells (hESCs) have garnered much attention over the years for many applications, including regenerative medicine. For these stem cells to be used in clinical applications, two criteria need to be met: first, there must be a cost-effective and scalable platform and second, there must be in vivo delivery vehicles that can efficiently deliver and differentiate the hESCs into the progenitors of specific tissues. The existing materials used for hESCs culture are effective but still have several shortcomings.

Stefanie Kessel and colleagues developed a new method for the preparation of a material for use in hESC culture and survival to address some of these shortcomings. The group reported on their temperature-directed morphology transformation (TDMT) method to prepare 3D hydrogels in the Journal of Polymer Science, Part A: Polymer Chemistry. 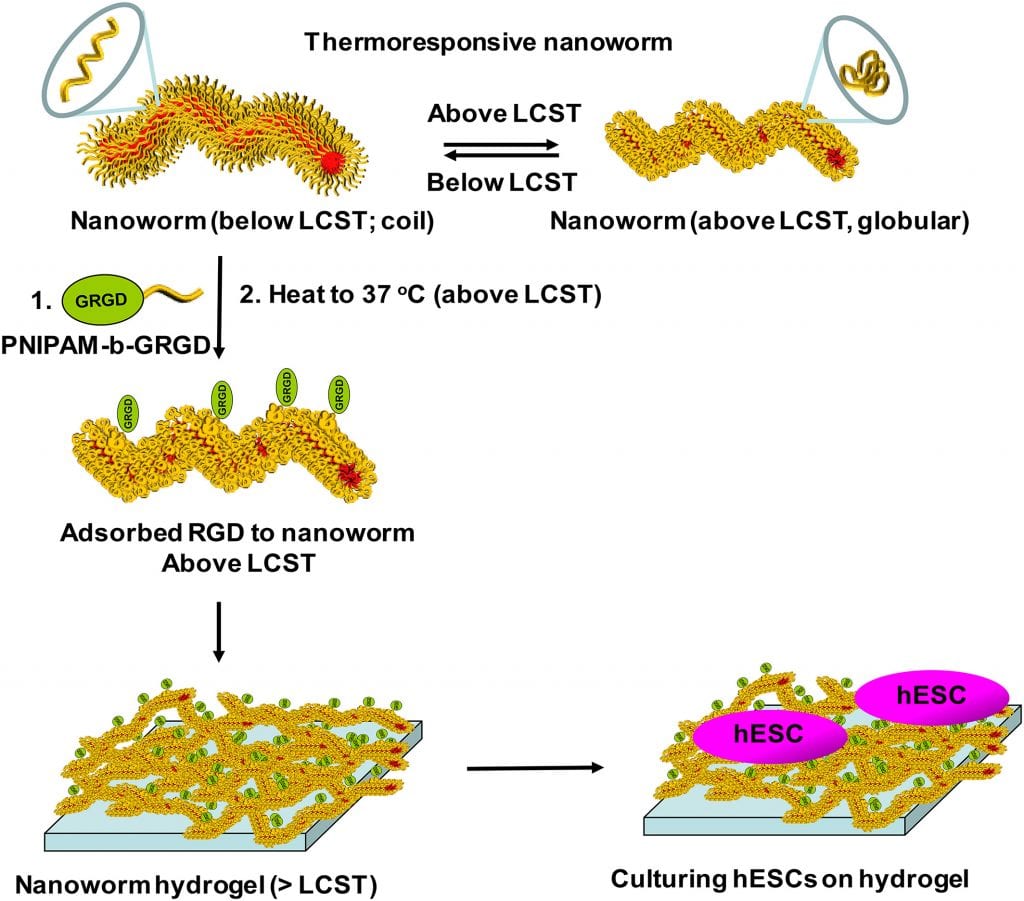 RGD‐adsorbed thermoresponsive nanoworms that form a hydrogel for hESC culturing. Process for the physisorption of integrin‐binding peptide, RGD, covalently bound to a PNIPAM chain onto the worm surface and subsequent formation into a hydrogel above 36 °C. The surfaces were then used to immobilize undifferentiated hESCs and maintain their survival. (https://onlinelibrary.wiley.com/doi/10.1002/pola.29342)

The existing materials used for hESC culture include a gel consisting of a mixture of proteins from mouse sarcoma cells and two-dimensional polymer-based surfaces functionalized with integrin-binding peptides. The gel is widely used but lacks the ability to generate defined structures from the hESCs. The 2D polymeric materials are comparable to the gel, however they do not mimic the extracellular fibril environment found in tissues and so do not generally support the immobilization and growth of hESCs.

The 3D hydrogels prepared by Kessel and team consisted of soft and flexible polymer nanoworms to mimic the extracellular fibril environment found in actual tissues, as well as possessing integrin recognition sequences to mimic the binding sites on the extracellular matrix (ECM). The surface of the nanoworms was “decorated” with the integrin-binding peptide RGD using a novel physical adsorption process developed by the team. The resulting nanoworm hydrogels allowed for the binding, maintenance, and survival of the hESCs.

Kessel and team conclude that the temperature sensitivity, biocompatibility, and ability to present combinations of multiple ligands of their 3D nanoworm hydrogels should make versatile platforms that allow for controlled, replicable, and reversible 3D scaffolds for hESCs. Following future study and exploration, these 3D scaffolds can be used for organoid formation and regenerative medicine.