What can AI tell us about the early universe? 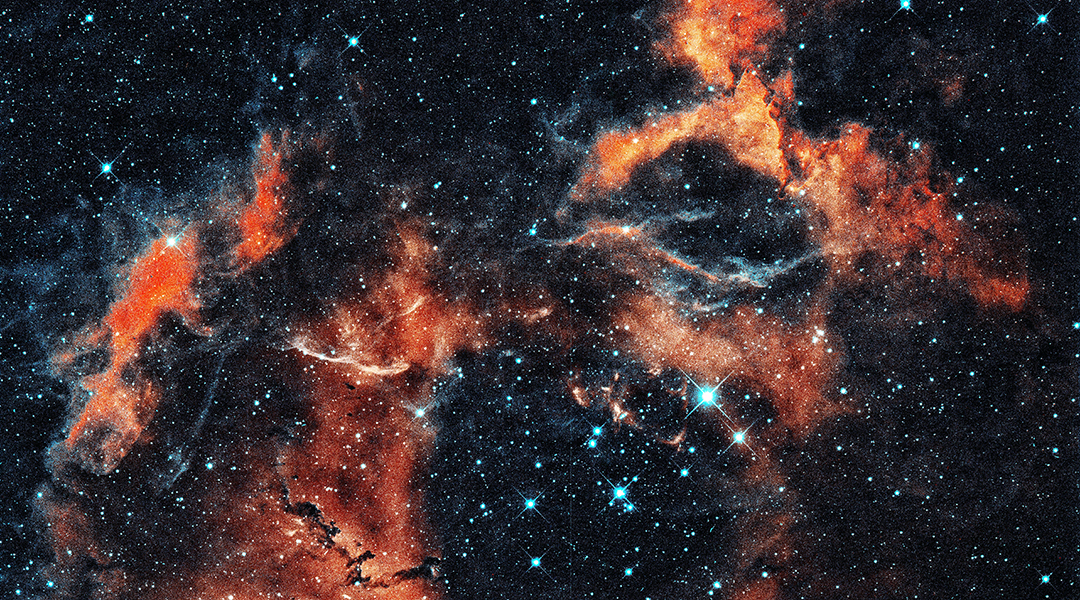 In the first moments following the Big Bang, the universe was a different place. Hot and dense, it existed as a plasma, or ionized gas, made up of quarks and gluons — matter’s building blocks. In this quark-gluon plasma, elementary particles are freed of their strong attraction to one another and exist as a high-temperature, tangled mess of quantum particles.

While scientists have long dreamt of recreating these conditions to help answer questions about the early universe, doing this in labs on Earth requires enormous amounts of energy and powerful particle accelerators, such as those at CERN. Though an exciting field of research, our capabilities are still limited, and experiments still need to be perfected. Researchers are therefore turning to AI and machine learning to help fill the gaps.

“Machine learning is being applied to many different areas of research, in particular, where there is a large amount of data that needs to be processed,” explained Andreas Ipp, assistant professor at TU Wien (Vienna) and author of a recent study published in Physical Review Letters, in an email to ASN. “In our study, we obtained data from simulations of high-energy collisions that create similar conditions to the ones that existed just shortly after the Big Bang.”

“Atoms consist of protons, neutrons, and electrons,” explained David I. Müller, one of the study’s authors. “Protons and neutrons themselves consist of even smaller constituents: quarks and gluons, which are responsible for the nuclear force that holds protons inside nuclei together.

“If the energy becomes high enough, the protons and neutrons inside atomic nuclei themselves fall apart and quarks and gluons are freed to form a quark-gluon plasma,” he continued. “This state of matter prevailed in the early universe, just a few microseconds after the Big Bang.”

Over the last several years, Ipp and his team have been developing their own code to better simulate heavy ion collisions that formed the quark-gluon plasma. Modeling a high-energy particle soup, such as this, is quite complicated and requires a staggering amount of computing power and time. Current algorithms just aren’t up to task, says Ipp. “We estimated that even a current supercomputer could easily spend hundreds of years simulating a realistic collision event,” said Ipp. “This is, of course, not feasible, so we have to look for other ways to generate our results.”

Their new computational approach involves an artificial neural network, which provides a way to automatically extract relevant information in large amounts of data, such as in image recognition tasks. “Individual neurons in the brain only processes a small part of the input data,” said Daniel Schuh, a Ph.D. student in Ipp’s group. “The power of the networks comes from linking these neurons in several layers and training them on data.”

However, simply applying a traditional neural network to the quark-gluon plasma simulation problem becomes complicated as the math used to describe or simulate each particle and the forces between them can be represented in a number of ways. But the researchers have come up with a solution: “In our system, we have introduced gauge symmetry,” said Ipp.

“These are degrees of freedom of the physical systems, which are not directly observable, but that play an important role in the mathematical formulation of elementary particles in physics,” explained Matteo Favoni, another Ph.D. student in Ipp’s research group. “One can think of them as setting an equivalence between different possible descriptions of the same physical state.”

Having a conventional neural network learn to figure out gauge symmetries would be extremely difficult and take significant time, bogging down the system. It is therefore better to design a network structure such that gauge symmetries are already taken into account. “So that different representations of the same physical state also produce the same signals in the neural network,” said Müller in a statement. “That is exactly what we have now succeeded in doing: We have developed completely new network layers that automatically take gauge invariance into account.”

Ipp has indicated that it will be some time before their network can fully simulate particle collisions, such as those being carried out at CERN. However, this provides a new and powerful tool for better probing the mysteries of our universe.

“So far, we can solve the first step of formulating the necessary neural network layers,” said Ipp. “We can demonstrate, in certain cases, that these are far superior to traditional neural network layers if applied to data that possess gauge symmetry. We will need some more research to apply these networks to larger systems. Even if this may take us a couple of years, we will still have results much faster than with traditional simulations on a supercomputer.”