Investigating the impact of the physical environment on immune cell activation. 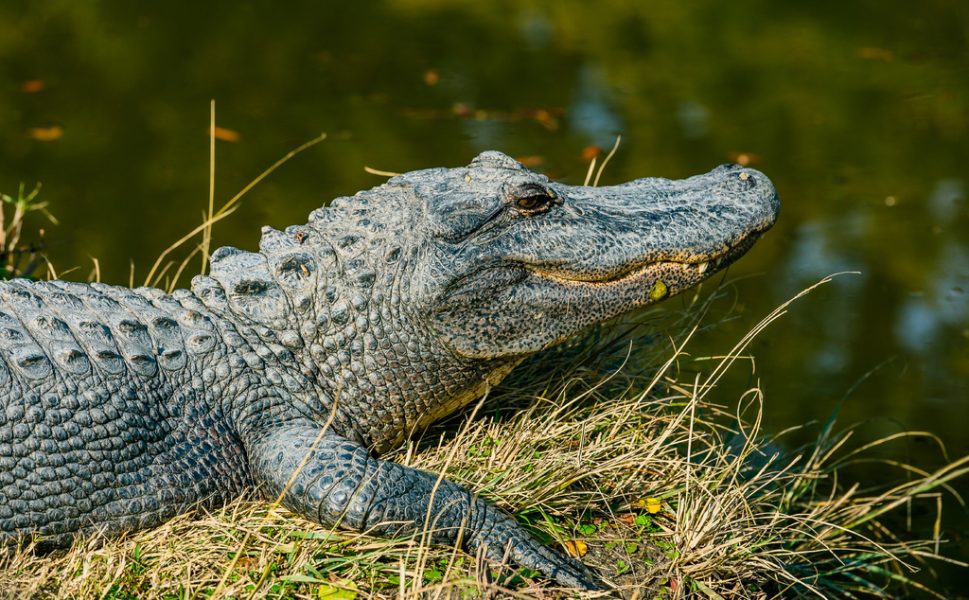 A lymphocyte encounters a foreign object in the body, how does it decide whether or not to attack?

Obviously chemical antigens play a role, but recent studies have shown that for T and B cells, the physical characteristics of the environment can also influence activation. Understanding the mechanisms responsible for this phenomenon could have profound effects on our understanding of the immune system.

Schematic and scanning electron microscope image of a natural killer cell on nanowires.

A recent study by an Israeli research team sought to investigate how natural killer cells, another type of lymphocyte, respond to their physical surroundings. The team constructed a platform covered by nanowires with an average diameter of 50 nanometers and an average height of 20 micrometers.  The nanowires were coated with an antigen that is known to activate natural killer cells.  The behavior of the cells in this environment was compared to their behavior on a flat surface that also contained the activating antigen. For an idea of how the cells balanced on the wires, see figure on left.

It was found that the natural killer cells on the nanowires demonstrated a significantly stronger activation response than the cells on a flat surface that contained nanoparticles (see graph (a) below).

This is despite the fact that on the nanowires, the concentration of antigen in contact with the cells was 30 times smaller. This result clearly demonstrates that the physical characteristics of the environment do influence natural killer cell activation.

The mechanism for this activation is unclear, however the team have suggested two distinct processes that may be responsible. The first, is the physical change to the morphology of the cell. Through detailed imaging experiments, the team showed that the cell walls of natural killer cells invaginate around the tips of the nanowires (see graph (b) below).  This phenomenon alone may be sufficient to evoke the activation response.

The second process is closely related to the first, the invagination event allows the ligand for the relevant antigen to cluster.  This biochemical process, may also be sufficient to evoke the activation response.  The team is currently conducting experiments to determine which of these processes is responsible for the fascinating results of this study. 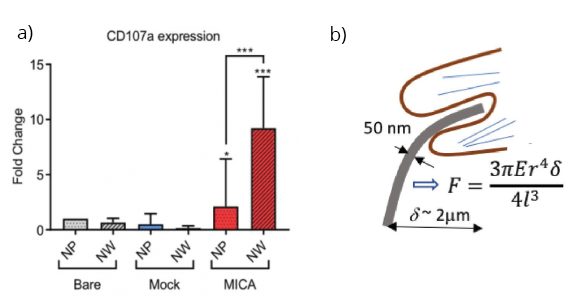 a) Response to antigen (MICA) on nanowires (NWs) vs nanoparticles (NPs). b) Schematic of membrane morphology at nanowire.