Biotechnology and Bioengineering has published a Virtual Issue to celebrate the 100th Anniversary of Acetone-Butanol-Ethanol Fermentation. 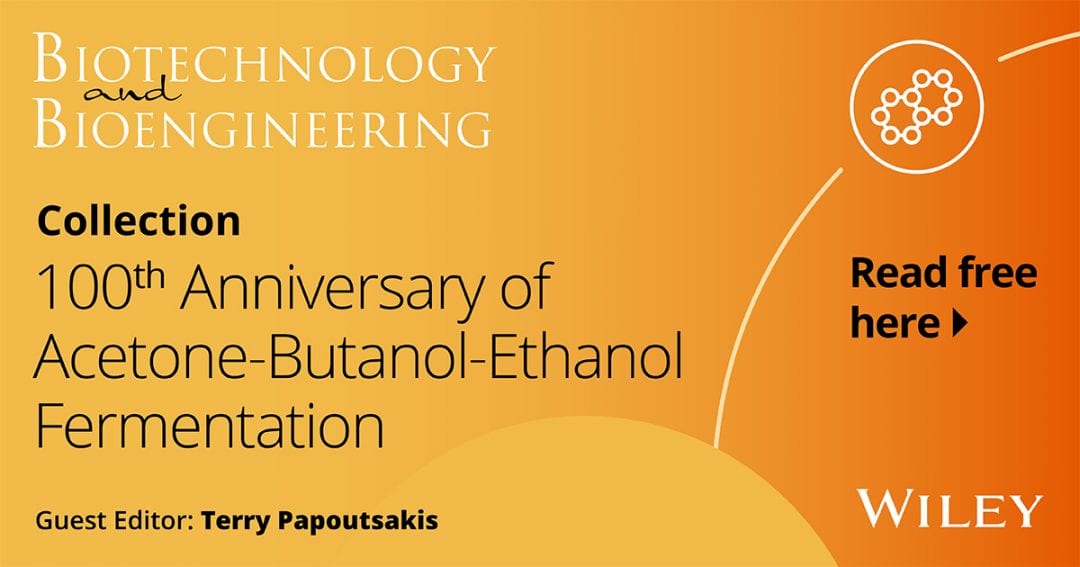 In 1916 Russian-born Chemist Chaim Weizmann isolated the Clostridium acetobutylicum strain as a basis for the first industrial Acetone-Butanol-Ethanol (ABE) fermentation. The original ABE fermentation was used to make butanol as a precursor for synthetic rubber. During WWI the emphasis shifted to producing acetone as a starting chemical for the smokeless gun powder cordite, but it shifted back to butanol as a solvent for car paints after the war was over.

The petrochemical boom of the 1950s replaced Clostridium ABE production with a cost-effective chemical alternative. However, the interest in the microbial ABE process stayed alive in the 60s and 70s, with a major comeback in the 1980s. With the rapidly declining reserves of fossil fuels, there is an urgent need to find alternative forms of energy. As a potent feedstock for biofuels, ABE fermentation has been brought back into the limelight in the last 10 years.

Biotechnology and Bioengineering has published a Virtual Issue to celebrate the 100th Anniversary of Acetone-Butanol-Ethanol Fermentation, edited by Eleftherios T. Papoutsakis, Eugene DuPont Professor in Chemical & Biomolecular Engineering at the University of Delaware DBI.

The Virtual Issue papers cover three steps of microbial ABE fermentation: I) Metabolic engineering, systems biology and genetics; II) Physiology and fermentation, and III) Downstream processing and process integration to industrialize the microbial ABE process. All of the Virtual Issue papers are currently free to access on the Wiley Online Library for a limited time.