Vikings may have helped spread the world’s deadliest virus

Scientists have identified extinct strains of smallpox on the teeth of Viking skeletons from sites across Northern Europe. 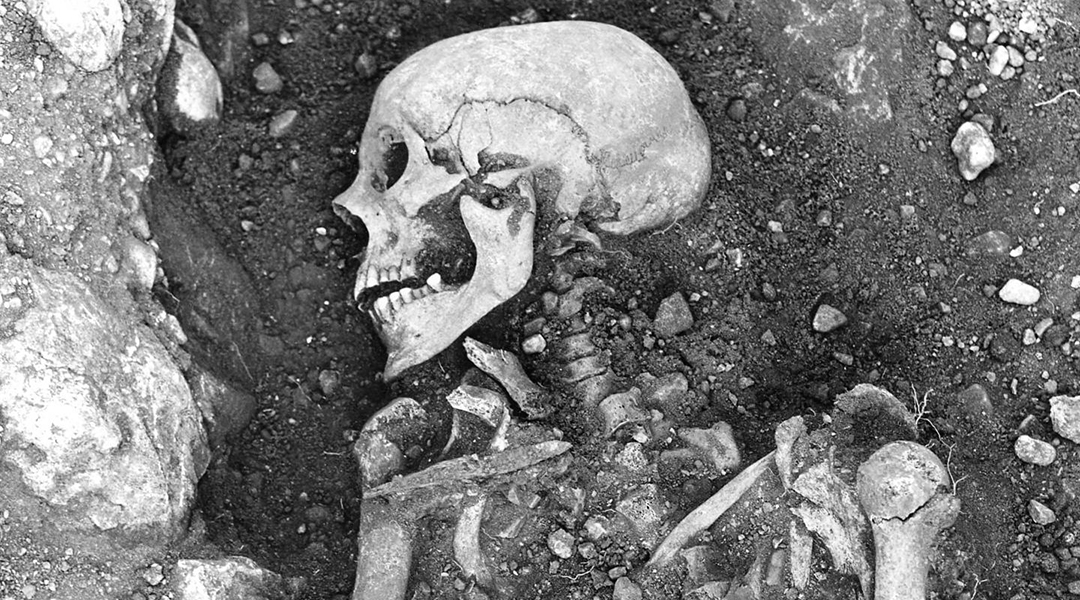 Vikings are infamous raiders, colonizers, and explorers, pioneers of craft and international trade. Now, new evidence suggest that they brought a deadly disease along with them on their travels.

New research carried out by an international team of scientists identified extinct strains of smallpox on the teeth of Viking skeletons from sites in Denmark, Norway, Russia, and the UK. It was also found in multiple human remains found on Öland, an island off the coast of Sweden which has a long history of trade.

Using these samples, the team were able to reconstruct near-complete variola virus genomes for four of the samples, providing the oldest confirmed case of smallpox and proof that the disease has existed for at least 1400 years.

“We already knew Vikings were moving around Europe and beyond, and we now know they had smallpox,” said Professor Eske Willerslev of St John’s College, University of Cambridge, director of The Lundbeck Foundation GeoGenetics Centre, University of Copenhagen, and leader of the study. “The 1400-year-old genetic information extracted from these skeletons is hugely significant because it teaches us about the evolutionary history of the variola virus that caused smallpox.”

The findings coincide with assumptions that smallpox was in Western and Southern Europe by 600 AD, and contradicts theories that the disease was first brought to Europe by returning crusaders. “While written accounts of disease are often ambiguous, our findings push the date of the confirmed existence of smallpox back by a thousand years,” said Dr. Terry Jones, one of the senior authors leading the study.

Similar to COVID-19, smallpox was easily spread through infectious droplets and its global occurrence can be traced to the growth of civilization and expanding trade routes. While its origin is still unknown it is thought to date as far back as the Egyptian Empire, based on a smallpox-like rash found on three mummies.

“The timeline of the emergence of smallpox has always been unclear but by sequencing the earliest-known strain of the killer virus, we have proved for the first time that smallpox existed during the Viking Age,” said Professor Martin Sikora, one of the senior authors leading the study, from the Centre for GeoGenetics, University of Copenhagen.

“While we don’t know for sure if these strains of smallpox were fatal and caused the death of the Vikings we sampled, they certainly died with smallpox in their bloodstream for us to be able to detect it up to 1400 years later. It is also highly probable there were epidemics earlier than our findings that scientists have yet to discover.”

In addition to helping scientists find another piece of the puzzle with regards to the history of smallpox, this research is part of a long-term project sequencing 5000 ancient human genomes and their associated pathogens. “Knowledge from the past can protect us in the present. Mutations can re-occur or revert and viruses can mutate or spill over from the animal reservoir,” added Jones.

“Smallpox was eradicated but another strain could spill over from the animal reservoir tomorrow,” concluded Willerslev. “What we know in 2020 about viruses and pathogens that affect humans today, is just a small snapshot of what has plagued humans historically.”

Quotes adapted from press release provided by the University of Cambridge

Pioneers in Science: Kitasato Shibasaburō
No, the human brain did not shrink
Antibacterial surface coating makes medical devices safer
Viking identity was not limited to people with Scandinavian ancestry