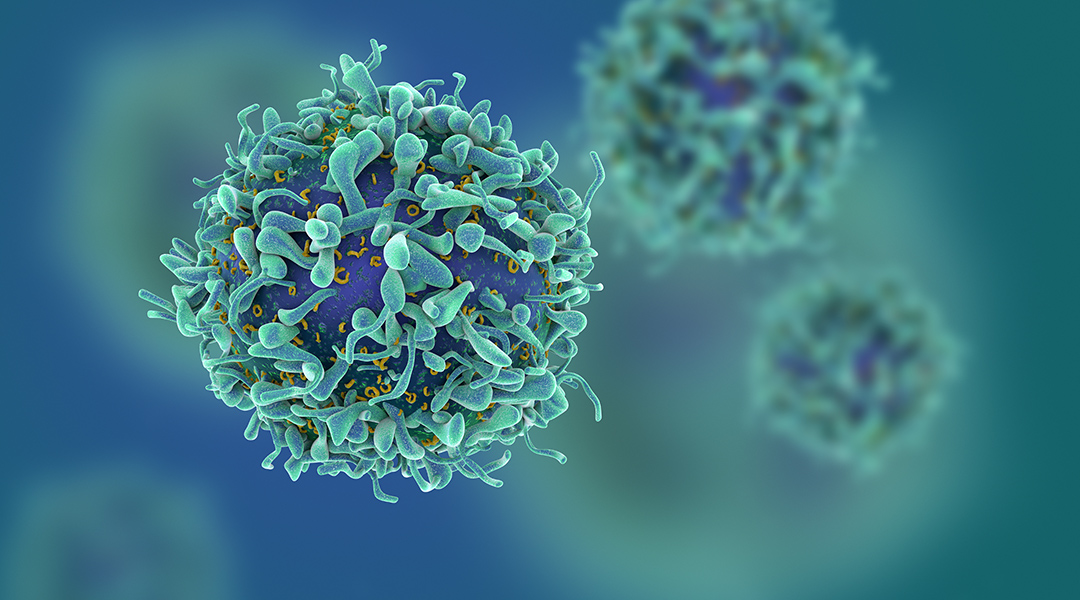 Many viruses infect their hosts through mucosal surfaces such as the lining of the respiratory tract. MIT researchers have now developed a vaccination strategy that can create an army of T cells that are ready and waiting at those surfaces, offering a quicker response to viral invaders.

The researchers showed that they could induce a strong memory T cell response in the lungs of mice by giving them a vaccine modified to bind to a protein naturally present in mucus. This can help ferry the vaccine across mucosal barriers, such as the lining of the lungs.

“In this paper, we specifically focused on T cell responses that would be useful against viruses or cancer, and our idea was to use this protein, albumin, as sort of a Trojan horse to get the vaccine across the mucosal barrier,” says Darrell Irvine, the senior author of the study, who is the Underwood-Prescott Professor with appointments in the departments of Biological Engineering and Materials Science and Engineering; an associate director of MIT’s Koch Institute for Integrative Cancer Research; and a member of the Ragon Institute of MGH, MIT, and Harvard.

In addition to protecting against pathogens that infect the lungs, these types of inhaled vaccines could also be used to treat cancer metastasizing to the lungs or even prevent cancer from developing in the first place, the researchers say.

Most vaccines are given as an injection into the muscle tissue. However, most viral infections occur at mucosal surfaces such as the lungs and upper respiratory tract, reproductive tract, or gastrointestinal tract. Creating a strong line of defense at those sites could help the body fend off infection more effectively, Irvine says.

“In some cases, vaccines given in muscle can elicit immunity at mucosal surfaces, but there is a general principle that if you vaccinate through the mucosal surface, you tend to elicit a stronger protection at that site,” Irvine said. “Unfortunately, we don’t have great technologies yet for mounting immune responses that specifically protect those mucosal surfaces.”

There is an approved nasal vaccine for the flu, and an oral vaccine for typhoid, but both of those vaccines consist of live, attenuated viruses, which are better able to cross mucosal barriers. Irvine’s lab wanted to pursue an alternative: peptide vaccines, which have a better safety profile and are easier to manufacture, but are more difficult to get across mucosal barriers.

To try to make peptide vaccines easier to deliver to the lungs, the researchers turned to an approach they first explored in a 2014 study. In that paper, Irvine and his colleagues found that attaching peptide vaccines to albumin proteins, found in the bloodstream, helped the peptides to accumulate in the lymph nodes, where they could activate a strong T cell response.

Those vaccines were given by injection, like most traditional vaccines. In their new study, the researchers investigated whether albumin could also help peptide vaccines get across mucosal barriers such as those surrounding the lungs. One of albumin’s functions is to help maintain osmotic pressure in the lungs, and it can easily pass through the epithelial tissue surrounding the lungs.

To test this idea, the researchers attached an albumin-binding lipid tail to a peptide vaccine against the vaccinia virus. The vaccine also included a commonly used adjuvant called CpG, which helps to provoke a stronger immune response.

The vaccine was delivered intratracheally, which simulates inhalation exposure. The researchers found that this type of delivery generated a 25-fold increase in memory T cells in the mouse lungs, compared to injecting the albumin-modified vaccine into a muscle site far from the lungs. They also showed that when mice were exposed to the vaccinia virus months later, the intramuscular vaccine offered no protection, while all of the animals that received the vaccine intratracheally were protected.

This kind of local response could make it possible to develop vaccines that would prevent tumors from forming in specific organs, by targeting antigens commonly found on tumor cells.

“In both the virus and the tumor experiments, we’re leveraging this idea that, as other people have shown, these memory T cells set up shop in the lungs and are waiting right there at the barrier. As soon as a tumor cell shows up, or as soon as a virus infects the target cell, the T cells can immediately clear it,” Irvine said.

This strategy could also be useful for creating mucosal vaccines against other viruses such as HIV, influenza, or SAR-CoV-2, Irvine says. His lab is now using the same approach to create a vaccine that provokes a strong antibody response in the lungs, using SARS-CoV-2 as a target.