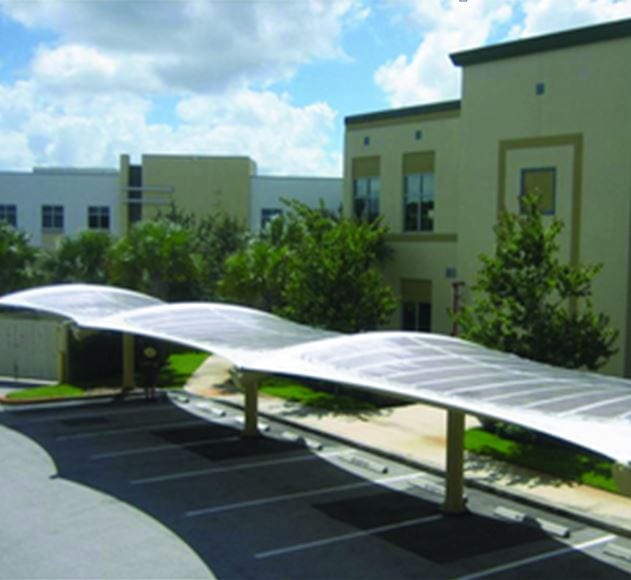 In solar cell research, attention is focused on how to beat the archenemy of efficiency, the unwanted recombination of excitons and separated charges before they reach the electrodes. Intrinisic material properties, spatial arrangements, light-matter interaction and physics form a net of dependencies that can quickly turn into a jungle. Alan J. Heeger, Nobel Laureate and expert on the physics of organic electronics, examines the state of the art in understanding the inner workings of successful bulk heterojunction photovoltaic devices in his Review Article published in the Advanced Materials 25th anniversary series.

In the course of the charge generation process, incident photons are absorbed which induce a separation of electrons and positive holes that have to successfully navigate the device in order to be collected at the electrodes as electrical power. The effects of structure sizes, morphology and fundamental physics such as Heisenberg’s Uncertainty Principle on the overall success of the device – crucial for high performance – are reviewed. The author has compiled a to-do list of existing problems and challenges that need to be overcome in order to make single devices exceeding 20% efficiency a reality.

Asked about specifics of his photon volume and wavefunction calculations, Alan Heeger provided the following remarks that have also been added to the paper as Supporting Information (see here for the PDF):

In this Review, I estimated the length scale for the effective volume of the photon (and, importantly, the wavefunction describing the probability amplitude for finding a photoexcitation at a particular point in space) using position‐momentum uncertainty and assuming the momentum of a single photon Δp in the expression for the Uncertainty Principle. The problem can also be considered semi‐classically and a very similar estimate of the length scale of the wavefunction describing the photoexcitation is obtained via the resolution limit of a microscope: (λ/(2π n)) where n is the index of refraction.[1] Finally, the effective volume of a photon is a non‐trivial quantity which, for example, plays an important role in calculations of the refractive index of gasses from first principles.[2] In a similar manner, an organic Bulk Heterojunction Solar Cell should be especially sensitive to the effective interaction volume of the photon because it is a densely packed collection of strong absorbers. Consequently, the photoexcitation process generates a delocalized coherent superposition of the eigenfunctions of the Schrödinger equation that describes the nanostructured organic photovoltaic blend. Thus, there is an immediate probability amplitude for finding a photoexcitation near a heterojunction boundary, thereby enabling ultrafast charge transfer over long distances. (AJH)