Urbanization in the Time of Climate Change 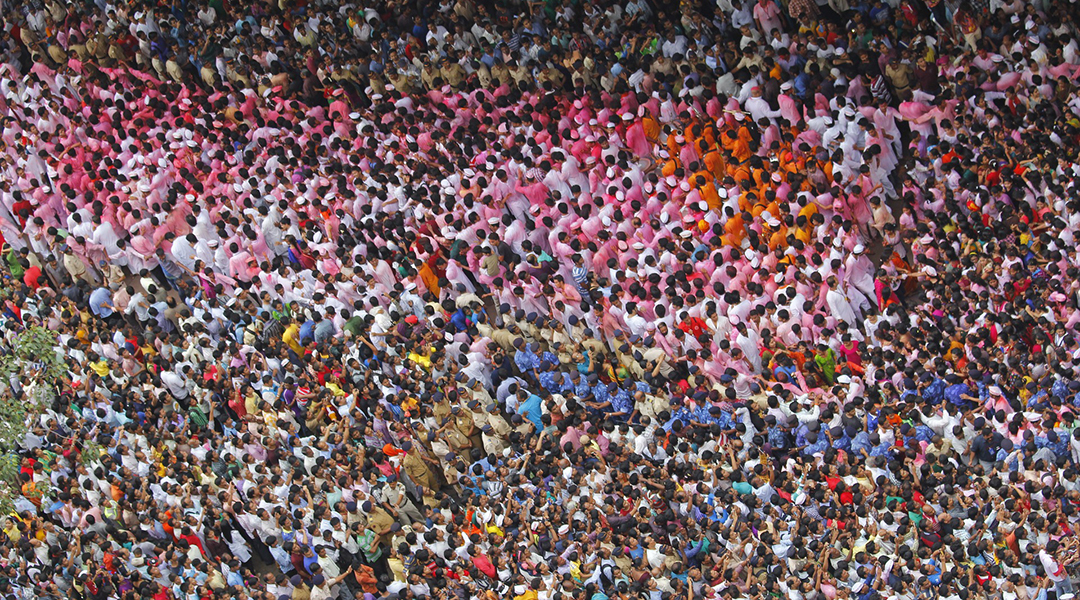 There is global momentum around the role that cities can play in responding to climate change, with a growing number of meetings, conferences, and organizations working to take forward this issue. Naturally, this puts a spotlight on the largest urban transition predicted for the next few decades, which is unfolding in India.

India is at the brink of large-scale increases in its urban infrastructure investment, demography, and incomes, as it strives to improve the welfare of its people and the health of its local environment. Given the scale of the changes at hand, the environmental implications of India’s urbanization patterns will matter not just locally, but also fundamentally for mitigation of and adaptation to global climate change.

Researchers based at the University of Oxford and Centre for Policy Research, New Delhi, trace, synthesize, and characterize the emerging literature on how urban India is responding to climate change. They make clear that, as the literature on climate change more broadly posits, India’s climate vulnerabilities, from heat waves to sea-level rise, will map onto existing social inequalities that are prevalent in its cities.

The governance arrangements and political rationalities with which cities respond to new demands that are placed of them from a changing climate are investigated, revealing that cities can be quite creative in how they do so. Often, cities use local development priorities as entry-points to climate mitigation and adaptation. As development needs are pressing and time-sensitive, city officials find synergies between development and climate goals in their projects, thereby meeting their many goals at once. At the same time, Indian cities are limited in how far they can autonomously take the climate agenda, for they are ultimately constrained by the mandates and financing decisions of their state and central government.

The review also finds, interestingly, that the work that cities do toward addressing climate change is often developed in collaboration between states and with non-state actors, ranging from international donors and industrial lobbies, to universities and resident associations. Such actors promote climate-first objectives and provide the finance and technical support to approaches, providing city agencies some independence from central sources of finance. However, such processes are not always accountable, especially to the most vulnerable, and can direct projects away from welfare concerns. For example, real estate developers can use low-carbon sustainable living as a way to market their high-consuming luxury flats.

Finally, Indian cities, like others in emerging economies, have an environment of weak institutions. The lack of strong internal capacities and financing has resulted in most climate responses taking the form of discrete and ad hoc projects. While such distinct responses are manageable and promote experimentation a project-based approach, they can simultaneously fail to address long-term urban opportunities.

The future trajectory of urban India’s responses to climate change will be shaped by how pressing local development, mitigation, and adaptation goals will be institutionally linked, integrated, and prioritized. The review presents avenues for doing so, including a ‘multiple objectives’ based approach, which takes seriously the different and simultaneous demands on cities and their environment, including the welfare of the most vulnerable. While the focus remains on urban spaces, its linkages with regional considerations, such as impacts on hinterlands, and effects on resources and migration, are also going to be central to a just and effective climate response.

Is the river really dry? Scientific interpretations of zero flow readings
Talking CO2 in the midst of a pandemic
Using a comb made of lasers to study greenhouse gases
Compressed air cars for urban transportation