Unraveling how the ear develops for future regenerative medicine strategies

It turns out that a single factor is responsible for ear cell development, which could one day be used to treat disease and malformations. 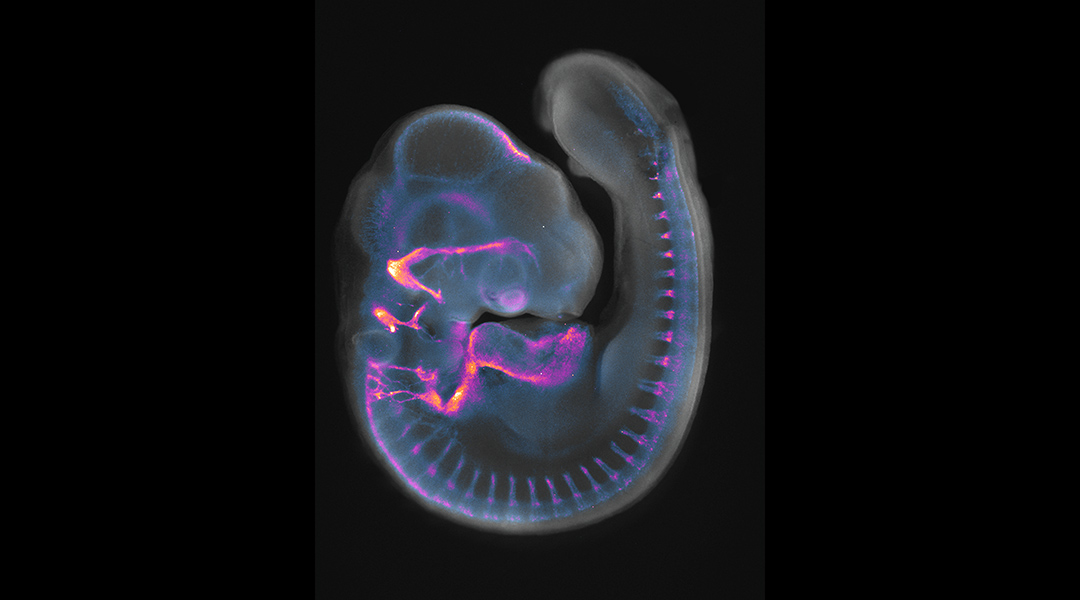 In a developing embryo, cells go through a consecutive set of steps, transforming from stem cells into progenitor cells, which later become cells for a specific organ or tissue. If something goes wrong during early development, malformations can occur, which can lead to disease or other significant health issues.

Regenerative medicine is a blossoming field in which innovative therapies that rebuild or grow malfunctioning tissue and organs are explored. One such strategy aims to reprogram stem or progenitor cells.

In the case of the inner ear — the organ in charge of the perception of sound and movement — its complex architecture arises from a pool of progenitor cells that also give rise to some of the sensory neurons found in the head that allow us, for example, to perceive taste and provide input from visceral organs, such as gut distention.

“The inner ear is a sophisticated organ in charge of transforming the sound waves from the surroundings into an electrical impulse that can be read and interpreted by the brain, hence allowing us to listen,” said Ailin Leticia Buzzi, research associate in the group led by Andrea Streit in the Faculty of Dentistry, Oral and Craniofacial Sciences at King’s College London.

When malformations occur during development, hearing loss can have serious consequences, such as impaired language and cognitive development in children. Despite the vast implications of living with different degrees of deafness, little is known about how progenitor cells “choose” between forming the cells which make up the inner ear or the sensory neurons of the head. Without knowing how this process occurs, scientists can’t build regenerative therapies to help treat hearing loss.

This has all changed with new findings from the Streit team. For the first time, they identified that a single protein, called Sox8, is responsible for turning progenitor cells into inner ear cells during embryonic development.

“We unraveled some of the key decisions embryonic cells make to become ear cells,” said Buzzi. “Our work is a new milestone for our understanding of how the sense organs of the head develop.”

Every cell in the body (except for reproductive cells) contains the same DNA. However, when comparing the appearance of behavior of a skin cell and a neuron, we notice some obvious differences, which makes sense as they have completely different functions within the body.

What makes cells operate differently from one another comes down to the proteins they are programmed to express — a biological process controlled in part by transcription factors or proteins that bind to the DNA to turn genes “on” and “off”.

When an embryo starts forming, all its cells are the same and exist as stem cells — the body’s raw materials — from which all other cells with specialized functions are made. At certain critical points during development, signaling events that involve transcription factors induce these stem cells to become progenitor cells, descendants of stem cells that are on their way to becoming specialized cell types. Many types of progenitor cells exist, and each is only capable of differentiating into cells that belong to the same tissue or organ.

In the current study, the scientists were curious to know if they could identify a means of controlling progenitor cell fate by identifying the biological conditions that convert them into cells with ear characteristics.

“We carefully designed different experiments to ask the question: How can we convert non-ear cells into ears?” said Streit, head of the Centre for Craniofacial & Regenerative Biology and corresponding author of the study.

To do this, the team carried out a vast explorational study, and every result pointed to a single transcription factor: Sox8. “We were astonished to see that a single factor, Sox8, is able and sufficient to remodel the genetic program and transform non-ear cells from the head into ear cells,” said Buzzi.

After expressing Sox8 in chick progenitor cells that normally never form ear cells, the team saw the formation of small vesicles that looked like embryonic mini-ears and even formed neurons like in a normal ear. This finding is substantial as it means that some progenitor cells, whether they were destined to form the ear or not, can be reprogrammed to another fate. Streit and her team were able to reprogram inner ear cell differentiation for the first time.

This finding is a remarkable step forward as understanding how to reprogram cell differentiation provides a powerful tool for growing, rebuilding, or repairing damaged organs and tissues. In the context of hearing loss, this could lead to treat not only malformations, but also age-related hearing loss or injury to adult ears.

“We expect that future studies based on our results will provide the biological knowledge to engineering specific sensory cell types not only for basic research, but also for regenerative purposes,” said Buzzi.