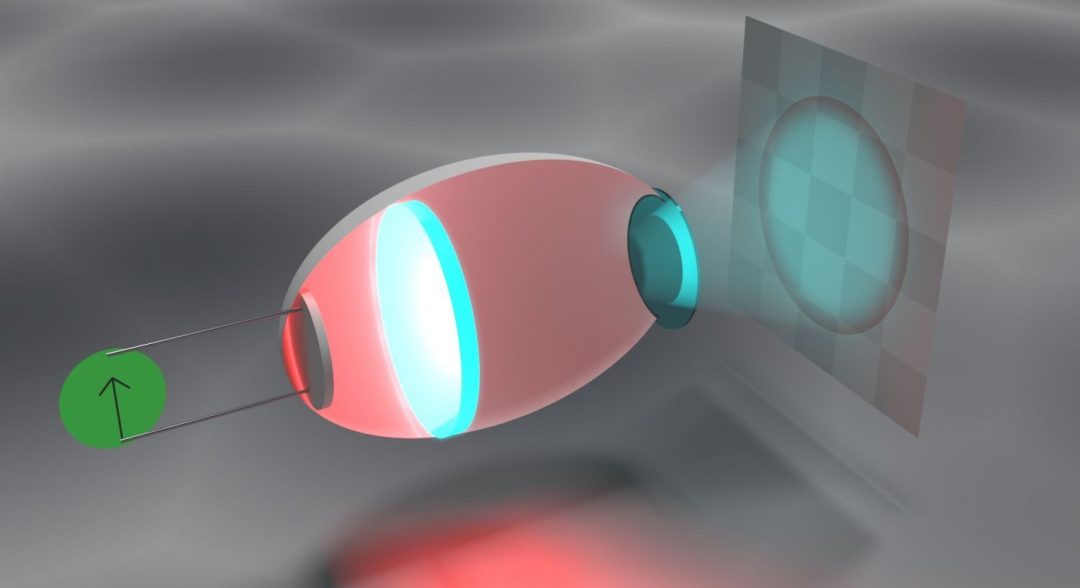 Increasingly, LEDs light up everyday life. They are an energy-saving, drop-in replacement for ordinary lightbulbs, but they also have creative applications, like mood lighting for aircraft cabins. However, creating blue LEDs which are efficient and durable remains a challenging.

As presented in a recent publication, new theoretical models show that the superior qualities of red LEDs could be used to generate blue light. The spontaneous conversion of red light to blue light is unusual because blue lies in a higher energy region of the spectrum of light. However, it can occur in upconversion systems, which are a fast-moving field of solar energy research.

Author Laszlo Frazer of the Centre of Excellence in Exciton Science stated, “while upconversion for solar cells is exciting, using upconverion for lighting is easier because you are not limited by the power of the sun.”

The new model from Monash University shows what happens if three parts are combined into a device. The first part is a red LED, the second part is a reflector which directs the red light, and the last part is the upconversion material. The first upconversion LED was created this year by the group of Alexander Colsmann at the Karlsruhe Institute of Technology. The theory shows that upconversion LEDs can be rapidly advanced by reflecting light through the upconversion material more than once, while the reflector does not need to be any more sophisticated than the ones used in light fixtures.

Heat dissipation is a major issue for LEDs, therefore keeping the devices cool helps them stay efficient. For upconversion LEDs, temperature is even more important, because heat disrupts the flow of energy through the upconversion material. With a heat sink attached, upconversion LEDs will output a Watt even on a hot day – already too bright to view comfortably.