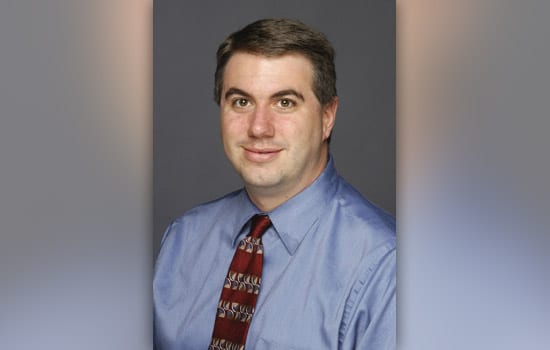 Researchers at the Rochester Institute of Technology (RIT), international semiconductor consortium SEMATECH, and Texas State University have demonstrated that use of new methods and materials for building integrated circuits can reduce power – extending battery life to 10 times longer for mobile applications compared to conventional transistors.

The key to the breakthrough is a tunneling field effect transistor. Transistors are switches that control the movement of electrons through material to conduct the electrical currents needed to run circuits. Unlike standard transistors, which are like driving a car over a hill, the tunneling field effect transistor is more like tunneling through a hill, says Sean Rommel, associate professor of electrical and microelectronic engineering.

Rommel worked with David Pawlik, Brian Romanczyk and Paul Thomas, three graduate students in the microelectronic engineering and microsystems engineering programs at RIT. Along with colleagues from SEMATECH and Texas State University, the team presented the breakthrough findings at the International Electron Devices Meeting in San Francisco this past December.

In order to accurately observe and quantify these current levels, a fabrication and testing procedure was performed at RIT. Pawlik developed a process to build and test vertical Esaki tunnel diodes smaller than 120 nm in diameter, Rommel explains. This procedure allowed the researchers to measure hundreds of diodes per sample. Because of the nm-scale devices tested, the researchers were able to experimentally observe currents substantially larger than any previously reported tunneling currents.

Esaki tunnel diodes, discovered in 1957 and the first quantum devices, were used to create a map showing output tunnel currents for a given set of material systems and parameters. For the first time, researchers have a single reference to which they can compare results from the micro- to the mega-ampere range, Rommel adds. “This work may be used by others in designing higher performance tunneling field effect transistors which may enable future low power integrated circuits for your mobile device.”

“SEMATECH, RIT and Texas State have made a significant breakthrough in the basic materials for the sub 10 nm node with this work,” said Paul Kirsch, director of SEMATECH’s Front End Processes. “The research that was presented at the International Electron Devices Meeting on III-V Esaki tunnel diode performance resolves fundamental questions on the viability of tunneling field effect transistors and provides a practical basis for low-voltage transistor technologies.”