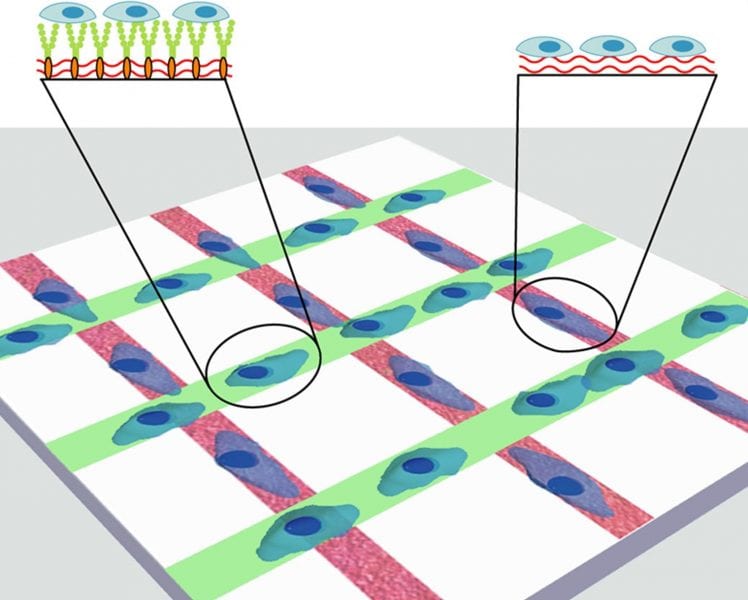 Signals from the spatial and temporal cooperation of a variety of components regulate cell function and enrich the function of stem cell microenvironments. Designing a well-controlled system that is able to reflect adequately such biological complexity in vitro is an extremely complex challenge that researchers have so far struggled to meet.

However, the recent development of a micropatterned multicomponent interface has provided an unambiguous approach to study the cooperative involvement of different extrinsic components in regulating stem cell behavior. Within this new structure, local concentrations of notch-signaling ligand and cell-adhesion molecules can be manipulated in order to modulate the balance between cell-cell and cell-matrix interactions, significantly changing the overall spatial remodeling of neural stem cell differentiation. The potential of the system to be extended to include extra components and be applied to other types of cells provides the complexity required to become a powerful tool for the study of cell-material interactions and advanced tissue-interface engineering.