The addition of extremely small crystals to solid electrolyte material has potential to raise the efficiency of fuel cells. Researchers at TU Delft were the first to document this accurately. 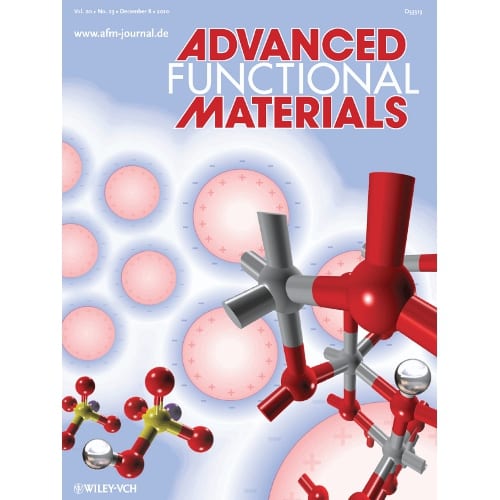 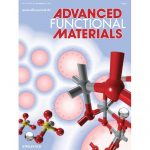 The addition of extremely small crystals to solid electrolyte material has the potential to considerably raise the efficiency of fuel cells. Researchers at TU Delft were the first to document this accurately. Their second article on the subject in a very short time was published in the scientific journal, Advanced Functional Materials.

Electrolyte
The researchers at the Faculty of Applied Sciences at TU Delft were concentrating their efforts on improving electrolyte materials. This is the material between two electrodes, for example in a fuel cell or a battery. The better the characteristics of the electrolyte, the better, more compactly or more efficiently the fuel cell or battery works.

Solid Matter
The electrolyte is usually a liquid, but this has a number of drawbacks. The liquid has to be very well enclosed, for example, and it takes up a relatively large amount of space. “It would therefore be preferable to have an electrolyte made of solid matter,” says PhD student Lucas Haverkate. “Unfortunately though, that has disadvantages as well. The conductivity in solid matter is not as good as it is in a liquid.”

Traffic Jam on the Motorway
“In a solid matter you have a network of ions, in which virtually every position in the network is taken. This makes it difficult for the charged particles (protons) to move from one electrode to another. It’s a bit like a traffic jam on a motorway. What you need to do is to create free spaces in the network.”

Nanocrystals
One of the ways of achieving this, and therefore of increasing conductivity in solid electrolytes, is to add nanocrystals (of seven nanometres to around fifty nanometres), of Titanium Dioxide in this case. “A characteristic of these TiO2 crystals is that they attract protons, and this creates more space in the network.” The nanocrystals are mixed in the electrolyte with a solid acid (CsHSO4). This latter material ‘delivers’ the protons to the crystals. “The addition of the crystals appears to cause an enormous leap in the conductive capacity, up to a factor of 100,” concludes Haverkate.

Similarity
This remarkable achievement by TU Delft has already led to two publications in the scientific journal Advanced Functional Materials. Last December, Haverkate published an article on the theory behind the results. His fellow PhD student, Wing Kee Chan, is the main author of a second item that appeared in the same publication this week.
Chan focused on the experimental side of the research. “The nice thing about these two publications is that the experimental results and the theoretical underpinning strongly complement each other,” says Haverkate.

Neutrons
Chan carried out measurements on the electrolyte material using the neutron diffraction method. This involves sending neutrons through the material. The way in which the neutrons are dispersed makes it possible to deduce certain characteristics of the material, such as the density of protons in the crystals. Haverkate: “It is the first time that measurements have been taken of solid-material electrolytes in this way, and on such a small scale. The fact that we had nuclear research technologies at the Reactor Institute Delft at our disposal was tremendously valuable.”

Temperature
However, the combination of TiO2 and CsHSO4 does not mark the end of the search for a suitable solid-material electrolyte. Other material combinations will be tested that may achieve better scores in the area of stability, for example. Professor Fokko Mulder, who is Haverkate’s and Chan’s PhD supervisor, says. “At this stage, we are more concerned about acquiring a fundamental understanding and a useful model, than the concrete issue of finding out what the most suitable material is. It is important that we identify the effect of nanocrystals, and give it a theoretical basis. I think there is great potential for these electrolytes. They also have the extra benefit of continuing to function well over a wide range of temperatures, which is of particular relevance for applying them in fuel cells.”