For the first time, a nanorobot is developed that can both report the location of, and treat, cancer associated RNA. 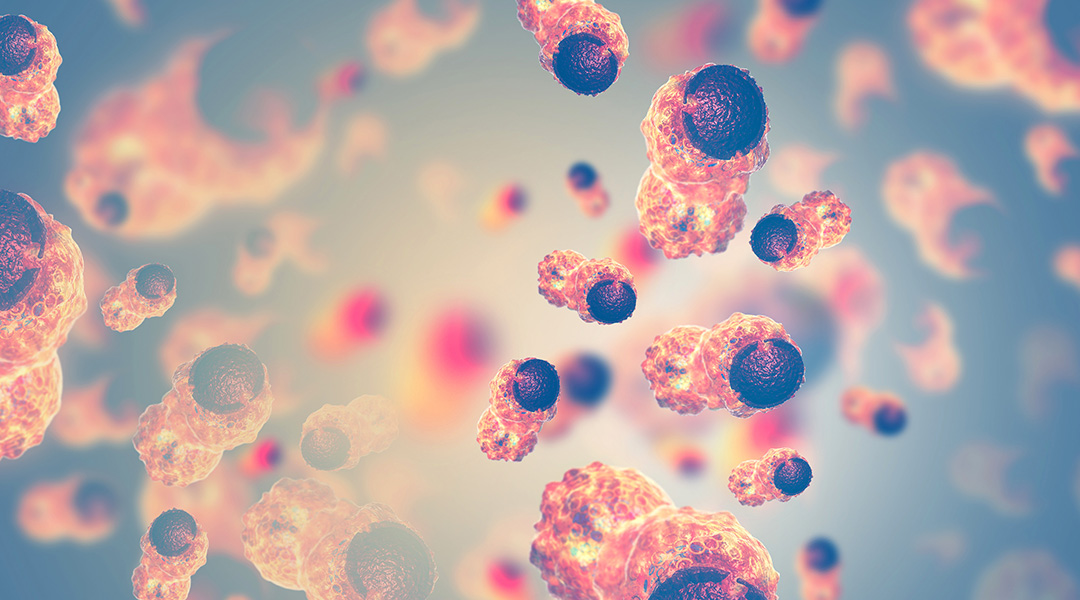 Treating cancer is fiendishly difficult because the diseased cells have exactly the same genetic material as our own healthy cells. All that changes in a cancerous cell is the expression of those genes. In a bacterial or viral disease, the biology of the disease agents is very different to our own. In these cases scientists must simply find and attack a biological pathway in the disease agent that is not present in humans.

Cancer therapies have a much more difficult time with this approach since the biology of the diseased and the healthy cells is so similar. Many cancer treatments have awful side effects because, not only do the drugs target cancerous cells, they target healthy cells too.

Treatments that can selectively target cancerous cells significantly decrease the side effects of a cancer therapy. A team of researchers from ITMO University have developed a nanorobot that may be able to do just that.

Ekaterina Goncharova, a co-author of the research, explained in a press release that, “when a cell becomes cancerous, it leads to the change in the genome, after which it begins to synthesize ‘bad’ proteins, not the ones that our body needs. As a result, the cells begin to multiply uncontrollably and the tumor grows bigger and bigger.”

The changes in the genome of cancer cells result in the increased production of RNA strands, which tell the cell to start producing the “bad” proteins. If that RNA molecule could be selectively targeted then the disease inducing proteins would never be produced.

The team’s nanorobot consists of two elements: a targeting and a therapeutic. Ekaterina Goncharova elaborates: “The therapeutic part destroys a pathogenic RNA strand: the more we destroy it, the less harmful protein is produced. The second part of our robot allows us to detect pathogenic cells: if there is an ‘incorrect’ RNA molecule in the cell, our substance binds with a chemically modified oligonucleotide, which is artificially introduced into the cell, cleave it, and a fluorescence occurs.”

To date this work has been carried out in controlled conditions, testing the nanorobot’s ability to destroy the RNA. The next step will be to test the system in living cells. Cost will not be a significant barrier to performing these experiments as the robots can be made for 15-25 USD.

In order to carry out these experiments, the team are currently working on developing the technology required to deliver the device to cells.