ChemNanoMat is a recently launched journal from Wiley-VCH and ACES that covers the latest discoveries in nanomaterials chemistry. These articles represent the top ten most downloaded papers in the month of August and are all free to access. 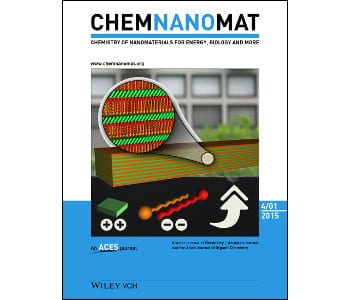 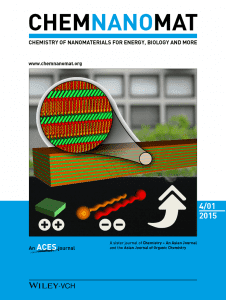 ChemNanoMat is a recently launched journal from Wiley-VCH and ACES that covers the latest discoveries in nanomaterials chemistry. The articles below represent the top ten most downloaded papers in the month of August.

All articles are free to access, so check them out today.

Like what you see? Stay on top of the latest research at ChemNanoMat by registering for e-alerts. Simply go to the homepage (www.chemnanomat.org) and click on the link in the top left corner.

ChemNanoMat is a journal of the Asian Chemical Editorial Society (ACES).