To protect and be served: the structural strength of fish scales

Fish aren’t just for eating; their scales could also act as an excellent protective material, say a group of researchers. 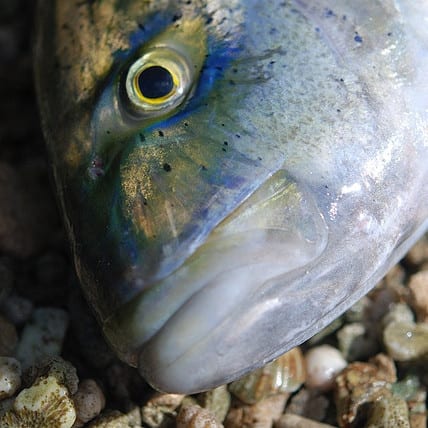 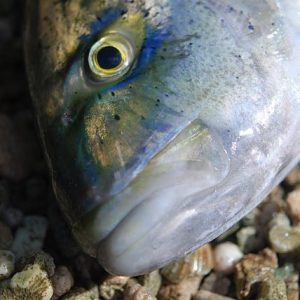 Fish aren’t just for eating; their scales could also act as an excellent protective material, say a group of researchers. Image: flickr.com/nilsrinaldi / CC BY 2.0

Fish could be on the materials menu if a group of North American researchers have their way: they’ve found teleost fish scales to be stronger than the common protective polymers polystyrene and polycarbonate. The group, led by Professor Francois Barthelat of McGill University, found that the scales offered better puncture protection than an equivalent plastic layer, and they suggest that their design could inspire new high-performance protective materials.

The scales came from, as you might expect, a fish – a fresh striped bass, to be precise, bought whole from Nature’s Catch Inc., of Clarksdale, USA. They were plucked and shaped into consistent test specimens. Then, the researchers went to work, attempting to puncture both the scale specimens and the

equivalent polystyrene and polycarbonate samples using a sharpened steel needle (apparently, the needle simulates the shape of tooth that a striped bass would be forced to deal with in the wild).

Their results were remarkable – the scales stood up to the abuse far better than the plastics that have been specifically engineered for the purpose (their applications include CD cases, biomedical equipment, and safety goggles). The secret, apparently, lies not in the strength of the materials within the scale – all of which are, individually, weaker than plastic – but in their architecture, and specifically in the way their shape gradually fails.

This architecture essentially comprises two parts – a soft, internal basal layer covered by a hard, mineralized surface. This surface is microstructured such that, as it starts to collapse, the cracks are induced along specific directions, leaving four indentical flaps of bony material to deflect into the soft layer below. The flexibility of the underlying material allows it to resist the pressure far better than a brittle material alone would, increasing the force needed to entirely puncture the scale by 50% and offering over double the protection of the plastic samples.

Although the team don’t suggest using fish scales directly as a protective material, they do think that lessons can be learned from the complex structure present within them, setting the scene for a potentially groundbreaking biomimetic system, with the ability to resist forces that, until now, have been irresistible.