Tires made from flowers

Continental and Fraunhofer join forces to develop rubber made from dandelion plants for tire production. 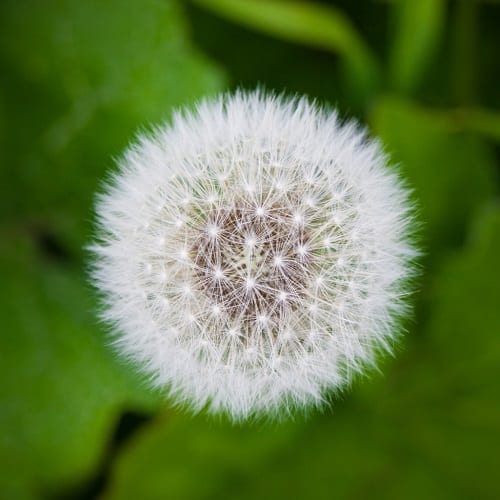 Tire manufacturer Continental and the Fraunhofer Institute for Molecular Biology and Applied Ecology (IME) in Aachen are on the verge of a breakthrough with their joint development project for rubber that can be industrialized and is made from dandelion plants for tire production. In recent years, with the aid of state-of-the-art growing methods and optimized cultivation systems, it has been possible to produce high-grade natural rubber from dandelion roots in the laboratory. Work began recently on the construction of a pilot facility that can produce natural rubber by the ton at the Münster site of the IME.

“We are investing in this promising material development and production project because we are convinced that it will enable us to further improve our tire production in the long run,” said Nikolai Setzer, who is responsible for the Tire division within Continental’s Executive Board. “This is because the production of rubber from dandelion roots is far less weather-dependent than production from rubber trees. Furthermore, the new system is so undemanding in terms of agricultural requirements that it opens up a whole new potential – particularly for areas of land that are currently uncultivated.” 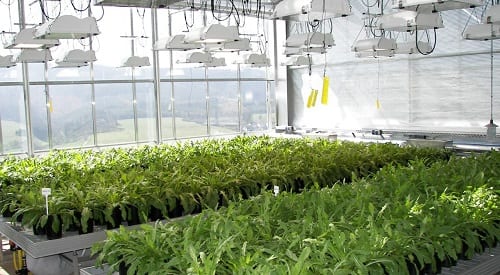 Scientists from Fraunhofer have transformed the ordinary dandelion from a weed into an agricultural crop that produces an abundance of natural rubber. Image copyright Fraunhofer IME.

“By growing the crops much closer to our production sites, we would also be able to significantly reduce the burden on the environment and our outlay for logistics. This development project shows impressively that we have by no means reached the end of the line in terms of our possibilities for material development.” The first test tires featuring rubber compounds made from dandelion rubber are already set to be tested on public roads in the coming years.

“We have built up a great deal of expertise in the field of dandelion cultivation in recent years. Thanks to DNA marker technology, we now know which gene is responsible for which molecular property. This enables us to grow particularly high-yield plants much more efficiently,” explains project manager Professor Dirk Prüfer, looking back at the work carried out at the Münster site of the IME. This had been preceded by several years of research activities, as part of which the scientists were able to prove that the rubber produced from the dandelion plants they had grown themselves not only offers the same quality as its counterpart from the rubber tree, but that this new variant is actually more robust and offers a higher yield.

“With this dandelion project, we are taking a huge step forward on the path to our long-term goal of manufacturing tires for cars, trucks, and bicycles, as well as specialist tires, completely without any fossil materials,” explains Dr. Boris Mergell, who looks after the cooperation project as the head of Material and Process Development for Tires at Continental. “If we can successfully manage to produce large amounts of dandelion rubber with at least equivalent performance properties to conventional rubber harvested from rubber trees, then we will be able to put ourselves in a position where we are much less dependent on the annual harvest situation in the subtropical growing regions,” adds Mergell. However, the decision on where in Europe such large-scale cultivation of the specially grown dandelion is going to take place has not yet been taken.