Researchers create a method to fine tune the properties of nanoparticles, making them a promising treatment for cancer. 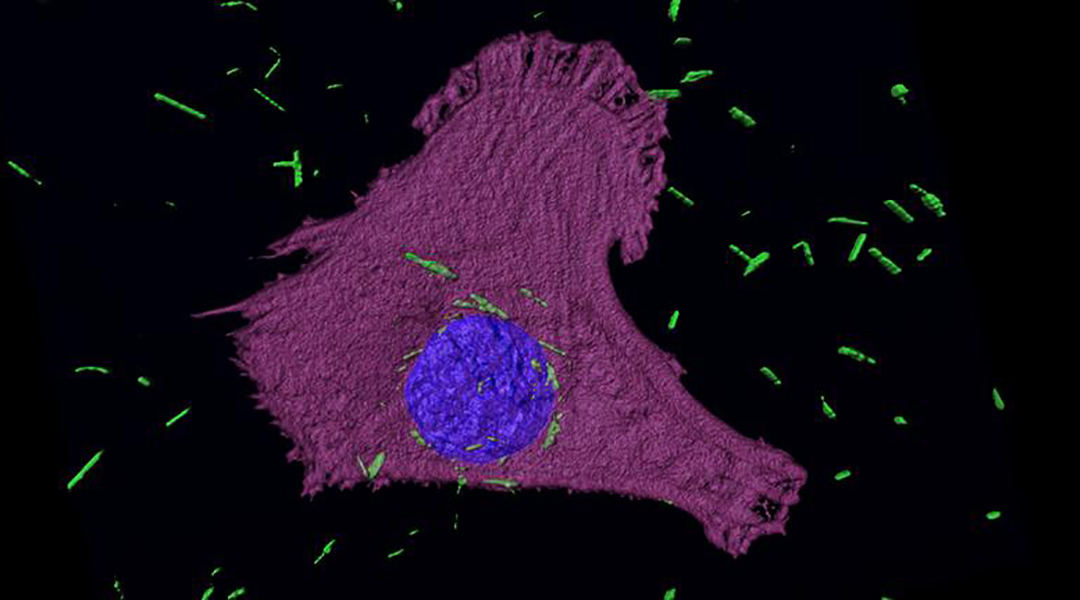 Gold nanotubes — tiny hollow cylinders one thousandth the width of a human hair — could be used to treat mesothelioma, a type of cancer caused by exposure to asbestos, according to a team of researchers at the Universities of Cambridge and Leeds.

In a study published today in journal Small, the researchers demonstrate that once inside the cancer cells, the nanotubes absorb light, causing them to heat up, thereby killing the cells.

More than 2,600 people are diagnosed in the UK each year with mesothelioma, a malignant form of cancer caused by exposure to asbestos. Although the use of asbestos is outlawed in the UK now, the country has the world’s highest levels of mesothelioma because it imported vast amounts of asbestos in the post-war years. The global usage of asbestos remains high, particularly in low- and middle-income countries, which means mesothelioma will become a global problem.

“Mesothelioma is one of the ‘hard-to-treat’ cancers, and the best we can offer people with existing treatments is a few months of extra survival,” said Dr. Arsalan Azad from the Cambridge Institute for Medical Research at the University of Cambridge. “There’s an important unmet need for new, effective treatments.”

In 2018, the University of Cambridge was awarded £10million from the Engineering and Physical Sciences Research Council to help develop engineering solutions, including nanotech, to find ways to address hard-to-treat cancers.

In a collaboration between the University of Cambridge and University of Leeds, researchers have developed a form of gold nanotubes whose physical properties are “tunable” — in other words, the team can tailor the wall thickness, microstructure, composition, and ability to absorb particular wavelengths of light.

Professor Stefan Marciniak, also from the Cambridge Institute for Medical Research and a Fellow at St Catharine’s College, Cambridge, added: “The mesothelioma cells ‘eat’ the nanotubes, leaving them susceptible when we shine light on them. Laser light is able to penetrate deep into tissue without causing damage to surrounding tissue. It then gets absorbed by the nanotubes, which heat up and, we hope in the future, could be used to cause localized cancer-cell killing.”

The team will be developing the work further to ensure the nanotubes are targeted to cancer cells with less effect on normal tissue.

The nanotubes are made in a two-step process. First, solid silver nanorods are created of the desired diameter. Gold is then deposited from solution onto the surface of the silver. As the gold builds-up at the surface, the silver dissolves from the inside to leave a hollow nanotube.

The approach advanced by the Leeds team allows these nanotubes to be developed at room temperature, which should make their manufacture at scale more feasible.

Professor Stephen Evans from the School of Physics and Astronomy at the University of Leeds said: “Having control over the size and shape of the nanotubes allows us to tune them to absorb light where the tissue is transparent and will allow them to be used for both the imaging and treatment of cancers. The next stage will be to load these nanotubes with medicines for enhanced therapies.”

Press release provided by the University of Cambridge