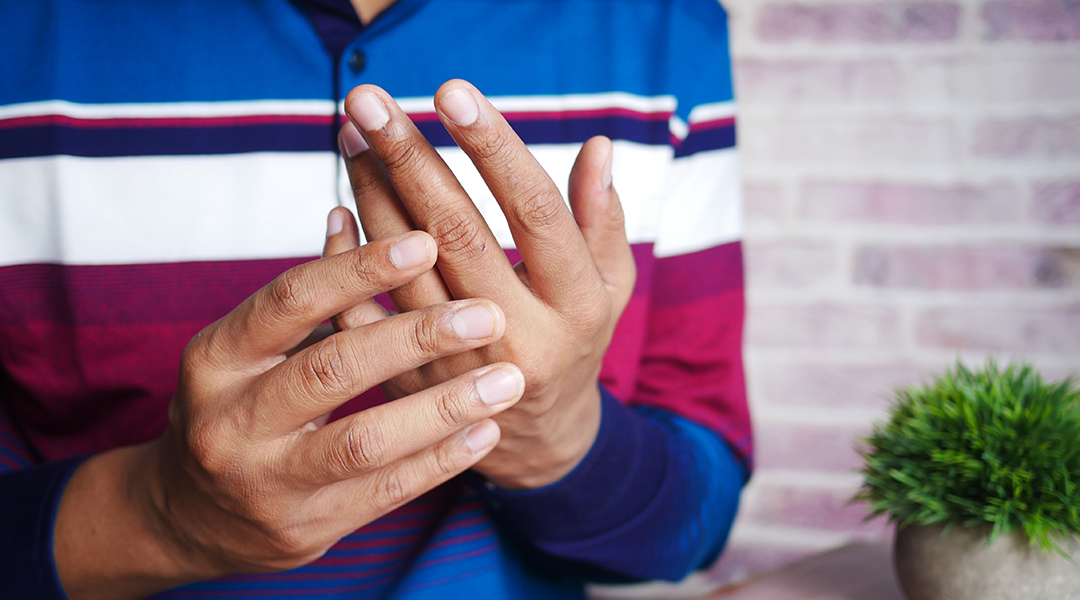 Just as cars use gas to move, there exist microscopic motors that are able to convert chemical energy to mechanical motion to navigate inside the body, and they are currently being studied to treat and combat disease.

Scientists from Southern Medical University and Sun Yat-Sen University, both in China, showed in a recent study the development of a potential treatment based on nanomotors for rheumatoid arthritis — a disease with no cure to date.

“Rheumatoid arthritis is a chronic inflammatory disorder marked by joint pain, swelling, and damage,” said Yingfeng Tu, principal investigator at the School of Pharmaceutical Science at Southern Medical University, and lead author of the study. “Although medications, such as steroids, anti-inflammatory drugs, and immunosuppressants, can help slow joint destruction and relieve pain, they have side effects and are not completely successful.”

In rheumatoid arthritis, immune cells attack healthy cells in the joints and produce inflammation. The principal immune cells here are macrophages, which transition from an anti- to a pro-inflammatory state, releasing molecules that alleviate or promote inflammation, respectively.

In inflamed joints, immune cells release signaling molecules called cytokines that  cause an over-production of reactive oxygen species (or ROSs) including hydrogen peroxide, which promote the transition of macrophages to their pro-inflammatory state, leading to a chronic inflammatory condition.

Moreover, the ROS production leads to a lack of oxygen in the joints, which causes damage to tissue, mentioned Tu.

Tu and his team decided to take advantage of this natural hydrogen peroxide accumulation in the joints, using it as a chemical fuel to power nanomotors that themselves produce oxygen to help resolve chronic inflammation.

“Our results have wide-ranging implications not only from a fundamental point of view, which is using the nanomotors for rheumatoid arthritis, but also from the perspective of applications, for instance as a new strategy to achieve high therapeutic efficiency with minimal side effects for inflammatory diseases,” said Tu.

Tu and the team used manganese dioxide (MnO2) nanoparticles to build their nanobots as they are known to degrade hydrogen peroxide molecules, producing chemical energy in the process, which can be used to power their movement. However, as that chemical reaction produces oxidating molecules that tend to be harmful to biological tissue, the scientists loaded their bots with cerium oxide nanoparticles, which in previous studies were shown to have potent antioxidant properties.

The scientists first tested the mobilization of the MnO2-motors in a saline solution and an artificial synovial fluid, which mimics the liquid in the joints. When increasing the hydrogen peroxide concentration in the mix, they observed an increase in the nanomotor’s movement.

Fei Peng, professor at the School of Materials Science and Engineering at Sun Yat-Sen University, and co-corresponding author of the study, explained that the presence of hyaluronic acid in the synovial fluid could hamper the movement of their nanomotors. But surprisingly, the team found that at high hydrogen peroxide concentration, which is expected in joints with rheumatoid arthritis, the MnO2-motors had comparable behavior as in the saline solution. “These results confirmed the efficient propulsion performance of MnO2-motors [in] synovial fluids,” said Peng.

But the critical experiment came when testing the nanomotors in live conditions, in a model of rheumatoid arthritis in rats. The scientists injected the nanomotors into the joints of the animals and with ultrasound imaging, they observed oxygen production. “Our MnO2-motor possessed enhanced diffusion along with continuous oxygen generation, presenting hypoxia [low oxygen] relief and ROS scavenging together to postpone disease progression,” said Yingjia Li, professor at the Nanfang Hospital of the Southern Medical University and co-corresponding author of the study.

Li also explained that although MnO2-motors were injected locally and retained primarily at the knee joints, the treated rats showed less-swollen paws, reduced bone erosion, and lower levels of inflammatory cytokines in serum, revealing that the administration of MnO2-motors could remarkably suppress overall arthritis severity.

In view of these promising results, the team is working to bring the MnO2-motors to the clinic. “Although the nanomotors still need to be tested in humans, we are working on the translational study and envision its great potential for the therapy of rheumatoid arthritis and other inflammatory diseases,” said Tu.