Tierui Zhang: Scientific research is a process of exploring the unknown

Celebrating “10 years of Advanced Energy Materials Research,” Tierui Zhang opens up about his scientific career and his rather unique hobby of chemistry stamp collecting. 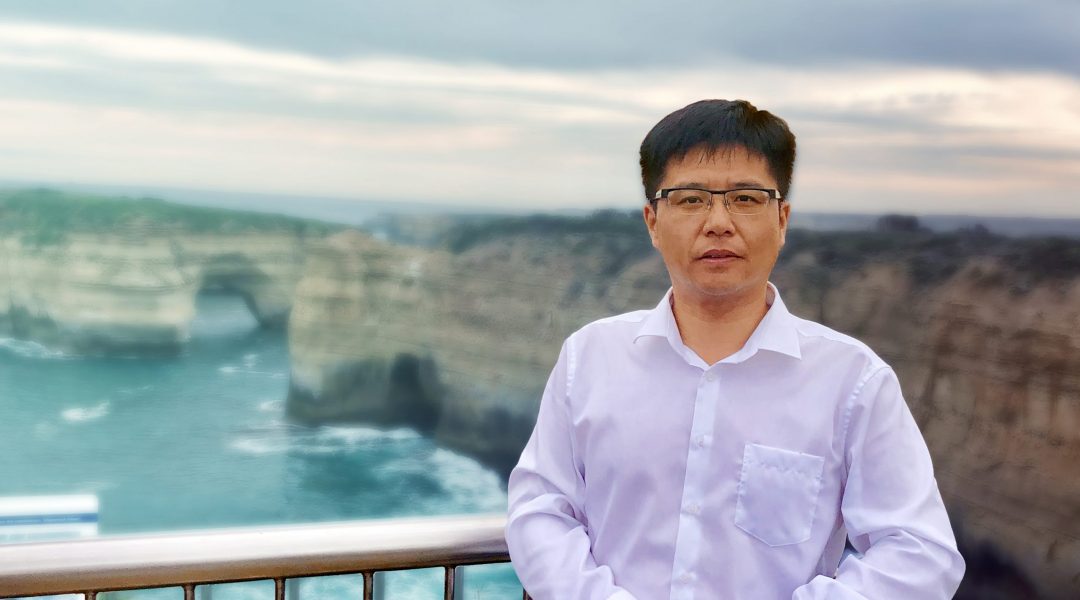 Tierui Zhang grew up in Heilongjiang Province in Northeast China and pursued his early education in chemistry at Jilin University. His career quickly took off as a post-doctoral researcher, taking up positions around the world from the Max Plank Institute of Colloids and Interfaces in Germany, and the University of Alberta in Canada, to the United States at the University of Arkansas and the University of California-Riverside. It was during this time that he developed an appreciation for collaborative work and the importance of questioning and pursuing scientific discovery.

Since joining the Technical Institute of Physics and Chemistry at the Chinese Academy of Sciences in 2009, he has been working tirelessly on the discovery of novel and efficient visible-light-driven photocatalysts and the design of efficient and durable electrocatalysts for various next-generation energy storage and conversion technologies, containing water splitting, CO2 reduction, N2 fixation, fuel cells, and rechargeable metal-air batteries.

Advanced Energy Materials caught up with Zhang to talk about his journey to becoming a full professor, his love of the scientific process, and his rather unique hobby of chemistry stamp collecting.

Who are your role models or earliest influences that encouraged you to enter a challenging STEM field?

Their rigorous attitude of seeking truth from facts has always inspired me to continuously explore. They made me realize that we should respect the work of others, support and tolerate each other, but when we have questions, we should not hesitate to bring them up. This kind of discussion and debate helped me to keep a scientific thinking and became the driving force for me to continue my research career.

What advice would you give to your younger self or new researchers entering the field?

I would encourage my younger self or young researchers to work hard, but not recklessly. Scientific research is both mental and physical work, but in the end, it is mental work. First, scientific research is a process of creating knowledge, which requires personal initiative and throwing off the shackles of passive education. In addition, a clear grasp of the academic trends in related fields is recommended. They should not commit the mistake of jumping to premature conclusions or doing experiments without thinking. Furthermore, they should pay attention to the cultivation of logical, vivid, and interesting academic exchange ability. Pay attention to the details of the experiment and get into the habit of recording. The more details you record, the more opportunities you would have to repeat the experiment and make unexpected innovations.

When our experimental results failed to meet [our desired] expectations or may have sometimes been the opposite of the expected results, I became inspired to think deeply, analyze these new experimental phenomena, and question whether the previous research theory is perfect. I think scientific research is a process of exploring the unknown. It is very exciting to be able to make practical contributions to the alleviation of energy or environmental problems through some of our new discoveries.

Why do you think the topic covered in your recent essay “The Journey toward Low Temperature, Low Pressure Catalytic Nitrogen Fixation” is so important?

Compared to industrial ammonia synthesis, [which has been around] for over one hundred years, research into novel nitrogen fixation strategies at low temperatures and pressures is just beginning. I think it is one of the most important directions of using clean energy in the large-scale production of commodity chemicals. It strengthened our attention to focus on the development of novel solar-driven catalytic reactions for solar fuels and value-added chemicals generation. Photocatalysis plays a great role in dealing with complex reactions, decreasing the fossil fuel consumption, and reducing carbon emissions compared with thermal catalysis.

Nowadays, with the massive and rapid consumption of fossil fuels, human beings are facing (or are about to face) problems related to energy depletion and various environmental problems, such as the greenhouse gas effect. More and more attention has been paid to developing clean energy with sustainable supplies. Among these, the preparation of photocatalytic solar fuels and value-added chemicals such as hydrogen, hydrocarbons, and ammonia are considered one of the most promising strategies to solve global energy and environmental problems.

What would you say has been your most impactful contribution to your field and what do you hope will be your legacy?

Through the rational design of photocatalytic materials, we are committed to solving global energy and environmental problems. The most impactful contribution I think is to systematically apply highly efficient, noble-metal-free photocatalysts, in particular, layered double hydroxides–based materials, for a series of important reactions, including COx hydrogenation to produce long-chain alkanes/light olefins and nitrogen fixation for ammonia synthesis. I hope my legacy will be to discover the unique role of visible and NIR light in photothermal synergistic catalysis, the electron and energy transfer processes of excited state kinetics and the surface reaction mechanism over defective-abundant layered double hydroxides–based nanomaterials.

It would be the development of highly efficient, noble-metal-free photocatalysts to meet the requirements of industrialization. After decades of development, although the generation efficiency of photocatalytic solar fuels and value-added chemicals has been improved by an order of magnitude, it still cannot meet the commercial demand. The reason lies in the low efficiency of photocatalysts, which often need the assistance of electronic promoters or noble metals. Therefore, the continuous development of new non-noble-metal photocatalysts to achieve more efficient and stable solar to energy catalytic conversion is still one of the key challenges in the practical application of the photocatalytic technology.

Which trends in the field most interest you and why?

1) The overlapping fields between photo-, electro-, and thermo-catalysis, such as solar cell electrocatalytic tandem system and photothermal synergism system, are becoming hot topics and many pioneering achievements are waiting to be discovered. In order to utilize the full solar spectrum, photothermal effects under visible and near infrared irradiation should be carefully considered. The aim is a fundamental scientific answer to questions such as what are the specific contributions of light and heat in the catalytic process, the relationship between photothermal catalysis, photocatalysis, and thermal catalysis, and so on.

2) In-depth understanding of chemical reaction dynamics is gradually being [uncovered]. Through big data, mathematical modeling, artificial intelligence and other computer methods, experimental schemes, data and theories can be highly correlated. For many photocatalytic processes involving multi-step reactions and multiple products, a deeper understanding of the reaction pathway of intermediates would help the controllable design of catalysts and the high selectivity towards target products. This depends on the further development of density functional theory in the field of photocatalysis and a breakthrough in characterization techniques such as in situ spectroscopy and electron microscopy.

With the increasing importance of hydrogen in the field of international energy and environment, China has been driving the development of hydrogen energy in recent years. Our group will continue the two-dimensional nanomaterial-based photocatalytic system, focusing on the efficient preparation and utilization of hydrogen. The efficient preparation of hydrogen includes water splitting, methanol and methane reforming. Hydrogen utilization includes CO2 reduction, ammonia synthesis from N2 and H2, and Fischer-Tropsch synthesis, among others.

What are your interests outside of the lab?

I’m a chemistry stamp collector outside of the lab. Collecting stamps helps me to broaden my horizons, to learn more about history and increase my knowledge. This hobby has helped me to establish a more structured way of working and enhanced my perseverance. Work has become a big part of my life. This hobby is, therefore, also my balance, which coincides with my professional activities.

I started to collect stamps when I was seven years old. At that time, my collection only focused on Chinese stamps, but after I entered into university for my Ph.D., I changed my collection’s focus to chemistry.

My collection includes stamps [with any sort of] relation to chemistry such as famous people, chemical symbols, and chemical events. My favorite is a set of new stamps on world-renowned scientist Dmitri Mendeleev, issued in 1934 by the Soviet Union, which are the world’s first Mendeleev stamp. I am currently on the look out for another set of rare stamps on Madame Curie, issued in 1935 by Turkey. Both Mendeleev and Madame Curie are my idols.