This month in pictures: March

Advanced Science News takes a look at some of the prettiest pictures researchers published in March 2020. 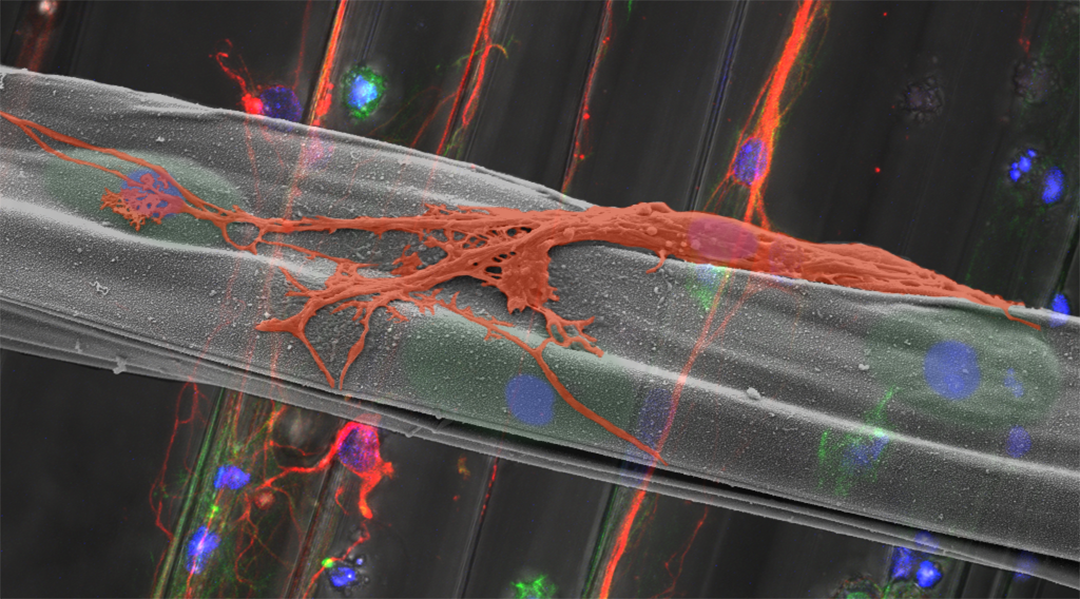 Art and science are two facets of human culture that don’t often go together, at least not immediately in peoples’ minds. But there is science in art, and art in science.

Take, for example, the almost scientific process of applying knowledge of color theory onto a blank canvas to make a picture that strikes our innermost emotions, using paints that wouldn’t exist without the knowledge of chemistry. Or medical researchers using staining and imaging techniques to visualize living cells in exquisite detail, their vital research revealing the beautiful visual complexity of cellular life in images that wouldn’t look out of place in an art gallery.

It is this visual artistry found in the natural world and in laboratories that is the focus of this new series of articles highlighting the best images scientists have published each month.

To start this off, we have put together a collection of some of the coolest images published across our journals in March, from high-speed soft robotic actuators, to web-like neural networks growing on microfibers that could one day repair neural injuries.

An explosion of high-speed soft actuators

An “explosion” of ping-pong balls is caused by the rapid inflation of an elastomer membrane that acts as an ultrafast actuator inspired by rubber plants, and is featured on the front cover of March 4’s issue of Advanced Science and is also a specially featured article for the 5th anniversary of Advanced Science. Martin Kaltenbrunner at Johannes Kepler University Linz and his co-workers believe these new types of high-speed soft actuators have potential applications in object sorting and grasping.

Astrocytes — in green — are encapsulated in alginate microfibers whilst hippocampal neurons — in orange — are cultured on specifically aligned microfibers in this beautiful rendering by Insung S. Choi, at the Korea Advanced Institute of Science and Technology, and co-workers. The hydrogel microfibers enhance neuronal circuit generation in a study that is hoped will pave the way for materials and cell-based therapeutics for neural injuries, such as in spinal cords. This colored SEM image earned a spot as front cover for March 4’s issue of Advanced Healthcare Materials.

A flowering of materials science

Thin-film organic semiconductors hold promise for new devices in optics, photonics, and more. Pictured above is a flower-shaped quartz substrate bearing a thin film of a polymeric carbon nitride semiconductor that is transparent to visible light but illuminates brilliantly under UV light. This floral display of 2D materials technology was carried out by Paolo Giusto at the Max Planck Institute of Colloids and Interfaces, and colleagues, and was published in March 12’s issue of Advanced Materials.

In a publication by Jun-Goo Kwak and Jungwoo Lee from the University of Massachusetts Amherst, this beautiful rendering of a confocal 3D microscopy image shows a three-day-old culture of Nalm-6 model hematopoietic-lymphoid cells, expressing green fluorescent protein, on a hydrogel scaffold seeded with osteospheroids (red). This complementary interplay of green and red aesthetics deservedly featured on the front cover of March 12’s issue of Advanced Healthcare Materials.

What looks like a technicolor areal view of a mountain range is in fact a tunneling electron microscope image of an MgAl alloy overlayed with a corresponding magnetic domain image. The different colors indicate the direction of magetization, resulting in this beautiful image by Ping Zhan Si and Chul Jin Choi at the Korea Institute of Materials Science. This image features on the front cover of Physica status solidi b’s March issue, with a special section on advanced magnetic oxides.

Snow-capped mountains as seen from space? Hardly. These “mountains” are about 10 µm in diameter. These miniature landscapes are actually a family of poly(ether‐mb‐amide) multiblock copolymer samples, which contain long‐chain carbon polyamide 1012 and poly(tetramethylene oxide), in work published in Polymer Crystallization by Xia Dong and colleagues at the Chinese Academy of Sciences. Whilst appearing in February’s issue of this journal, this striking image nevertheless deserved a place in this first in a series of monthly image highlights. The article in which this work is highlighted also appears in Women in Polymer Science.

What look like pom poms are in fact 1 µm-sized particles of LiNi0.8Co0.1Mn0.1O2, used as a cathode material in work published in Small by Renjie Chen and colleagues at the Beijing Institute of Technology. This image goes to show that even the most carefully designed technologies can reveal surprising structures at the sub-micron level.

In work done by Chieh‐Cheng Huang and co-workers at the National Tsing Hua University, the use of 3D stem cell spheroids — assembled from mesenchymal stem cells and vascular endothelial cells — as a therapeutic agent for promoting the survival and function of subcutaneously engrafted cells is demonstrated. This beautiful and striking image of stem cells looks like grass blowing in the wind, or sea-weed in the currents, and is featured as the inside front cover of March’s issue of Advanced Biosystems.