Proteins with similar domain structures and activities have been found throughout eukaryotes, demonstrating that this protein family arose from an ancient ancestor. 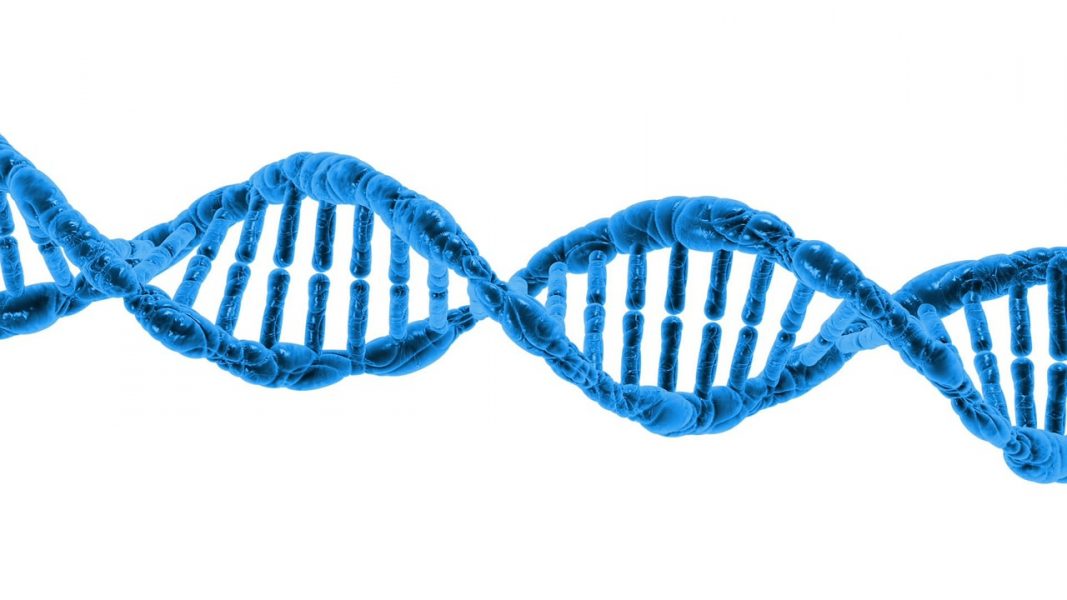 In a new WIREs RNA review, the authors summarize current knowledge concerning an unusual protein domain that is responsible for direct, high-affinity binding to messenger RNA (mRNA).  This domain—the CCCH tandem zinc finger (TZF) domain—is the defining feature of a family of proteins that has representatives in all major kingdoms of eukaryotic organisms, ranging from primitive algae to humans.

In the experimental settings in which these proteins have been studied, they all seem to act by a common mechanism;  they first bind to characteristic sequence domains in mRNA, generally in the 3’-untranslated regions, and promote the decay of those mRNAs, apparently by first promoting the removal of the polyA tail.

In mammals, studies in mice have revealed that these proteins are involved in regulating post-transcriptional gene expression in several important physiological systems, including inflammation, hematopoiesis, embryonic development, and placental physiology. 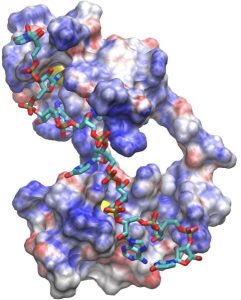 A molecular model of the nine base RNA (in stick form) bound to the tandem zinc finger domain of human tristetraprolin or TTP.  The 5′-end of the RNA is at the bottom of the figure, with the 3′-end on top.  The amino terminal finger of the TTP tandem zinc finger domain is at the top.  Positively charged areas on the surface of TTP are represented in blue, and negatively charged areas are in red.  Zinc ions are shown in yellow.

The authors have analyzed the sequences of these domains from proteins throughout eukarya and have found very striking conservation of certain amino acids, including those that are required for binding to two molecules of zinc per molecule of protein.  In addition to the eight amino acids per TZF domain that are directly involved in zinc binding, there is amazing evolutionary conservation of numerous other key amino acids that appear by molecular modeling to be critical for the three-dimensional structure of the TZF domain when it is interacting with mRNA.

These analyses suggest that this domain was present in an ancient eukaryotes that existed more than 1.5 billion years ago, and that it has persisted largely unchanged in many species over subsequent evolution.  They also found evidence that more recent evolution of this domain has occurred in some lineages, including loss or gain of single amino acids in certain groups of red algae and fungi.

The authors originally demonstrated that mutations in any of the eight amino acids that were involved in zinc binding would completely prevent the binding to mRNA.  In data summarized in this review, they evaluated the importance of RNA binding to the subsequent activity of the proteins in mice and in the yeast Schizosaccharomyces pombe.  In both organisms, a single amino acid mutation that prevented zinc binding also resulted in phenotypes that were essentially identical to those seen when the entire genes were deleted, thus supporting the idea that mRNA binding is central to the activity of these proteins in most if not all eukaryotes.

They then performed “domain swapping” experiments in which TZF domains from mammals, plants, insects etc., were inserted in place of the native domain in S. pombe and found that the abnormal phenotype seen with the gene deletion was restored to normal.  This was a striking demonstration in an intact organism that these protein domains, from organisms separated by more than a billion years of evolutionary time, were essentially interchangeable.